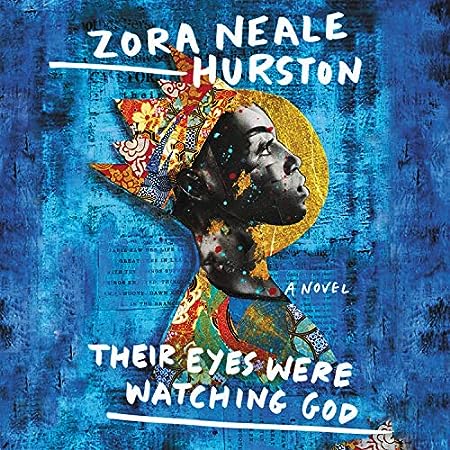 Sandwiched between two personal accounts by modern-day black American leaders — Kamala Harris’s The Truths We Hold and Barack Obama’s A Promised Land –, as my January book for this year’s (Mostly) Dead Writers Society Literary Birthday challenge, I went back to a fictional account set in Jim Crow America: the story of Jeanie Crawford, who after three marriages finally comes home to herself (and to be herself), having made her way out from under her grandmother’s overprotective instincts, and through male domination and spousal abuse, belatedly fulfilled love, poverty, riches, adventure, and finally freedom; having thrown off, once and for all, the burden she’s been made to bear as a black woman and, hence, “the mule of the world”.

Women, Zora Neale Hurston writes in this book’s introductory paragraphs, only remember what they want to remember: “The dream is the truth.  Then they act and do things accordingly.”  Janie has to overcome enormous obstacles in order to make her dreams, first dreamed while lying under a pear tree in her grandmother’s garden, come true, but she perseveres; and along the way, Hurston gives her readers a close-up view of life in the black communities of Jim Crow America (even if her vision was initially rejected by the — largely male — representatives of the Harlem Renaissance, to the point that her writing vanished from the public eye for decades to come and it took the advocacy of contemporary black women authors such as Alice Walker and Edwidge Danticat to make her work known to a wider public).

I’m glad I picked this as the year’s first book in the Literary Birthday challenge (and, in addition to Harris’s and Obama’s books, also got to fill in a third square in my Diversity Bingo project at the same time).  It would have been a shame if the men of the Harlem Renaissance had had their way and Zora Neale Hurston’s voice had been silenced forever.

3 thoughts on “Zora Neale Hurston: Their Eyes Were Watching God”