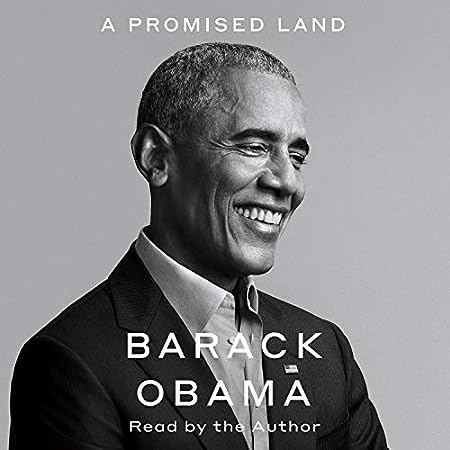 Probably the most-anticipated publication of the final weeks of 2020, and for once I not only rushed to read it but am also inclined to agree with the hype (at least, for the most part).  This is the voice of the President Obama that we’ve come to know while he was in office, perhaps tempered by four years’ worth of reflection (as well as the added worry and thought engendered by his successor’s erratic acts and decisions), but in essence the same strong, principled and visionary leader; more ambitious, deep down, than his often laid-back public appearance would let on (and certainly also more ambitious than his account of his own high school and student years would suggest), with a firm belief in the values of the American society (as well as the belief that, for all the things that profoundly separate Americans, these shared values still exude an even greater unifying force — may this belief of his be justified now more than ever, I’m bound to add), and with as great a passion for justice, equality, the rights of the individual, and the need to stand by the disadvantaged as Kamala Harris and Joe Biden.

Presidential memoirs (or biographies), especially those of a President who has served a full two terms, are hardly apt to be contained in a single book; it is thus hardly surprising that, even at a length of 700 pages, this first volume barely gets us past the half-term mark of his first term in office, ending with the secret mission to take out Osama bin Laden.  But then, Obama certainly had a lot on his plate even during these first years, from the global financial crisis to the Affordable Care Act and beyond; in addition to which, his account is chronological and (even though comparatively briefly) touches on his Hawaiian upbringing and his Chicago years, at least to the extent that he considers them relevant to the formation of his lasting belief sets and character, or notable in terms of challenges to be overcome (not the least of which was — as becomes clear in his own account even more than in that of his wife, Becoming — the near-fatal strain that his political career put on his marriage).

For the longest time, this looked like a sure five-star read in my book, but two instances intervened; both of them having to do with his attitude towards certain aspects in which the global financial crisis touched on Germany and, more generally, Europe at large.  The first of these instances was the plan to save General Motors, which he himself signed off on, and as a result of which — while GM itself survived and was shortly able to resume operations — thousands of employees of GM’s German subsidiary, Opel, lost their jobs (in addition to which, their union representatives were pitched into an incredibly nasty dog fight with their fellow unionists at GM’s British subsidiary, Vauxhall).  Now, these job losses as such may or may not have been unavoidable, but I confess I was a bit put out that Obama (who, having personally signed off on the rescue plan, must have been aware that they were in the cards) celebrates the rescue of GM without sparing a single word for the toll that the plan placed on the lives of thousands of people outside of America.

Similarly, even though the EU eventually did come up with a rescue package for Greece roughly along the lines first suggested by Obama in 2009 or 2010, he would have been well advised to take Angela Merkel’s terse first response (“I don’t think that is going to work for us”) as a warning to be heeded: Anybody who has been able to watch Mrs. Merkel’s public appearance for even a fraction of the time we’ve been able to do so in Germany will tell you that that response, in her, is the politest code she can muster for “Shut up, you’re talking out of your hat.”  And as subsequent developments would show, she had good reason for responding that way: The Greece rescue package not only almost broke apart the EU as an organization, it also (more or less directly) led to the formation of Germany’s most recent and by far most dangerous right-wing party, the AfD (“Alterinative für Deutschland”) — in addition to spurring on xenophobia and already-existing right wing movements in many other European countries, too — and it caused a huge constitutional crisis in Germany, as it was anything but certain (and was in fact doubted by some of the highest-regarded German constitutional law scholars) whether under the existing EU framework and the German constitution, the German government was permitted to grant the newly-created European institutions overseeing the rescue package as much power as they had been given in the relevant treaties.  Eventually the German Constitutional Court signed off on the rescue package, and in the grand scheme of things there may have been few (if any) alternatives — and it also seems to have worked — but again, Obama does not waste a single word on these issues, of all of which he must have been aware.   Rather, his attitude is that which has long been resented in Europe anyway; namely, Big Daddy America telling the unruly children in the Old World how to settle their problems.  It was seriously disappointing to see Barack Obama, of all people, to display this sort of attitude.

So, two unexpected blotches which, albeit briefly, considerably interfered with my reading pleasure — but by and large, I’m still very glad we finally have Obama’s take on his years in office, and I am already looking forward to the next volume of his memoirs.