My Grandfather’s Voice: The Path to Freedom

The Final Months of the War in Italy/ Captivity 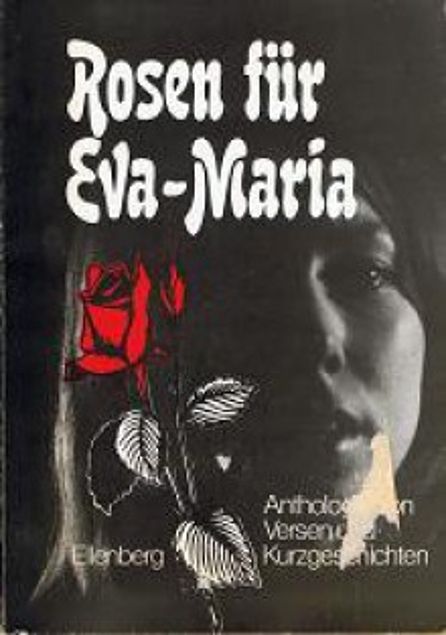 When the war reached its end, the commanding general sought to shelter his divisions in the Aosta Valley which, with its high mountain ranges, provided an excellent cover. In the midst of this movement, in Ivrea, where they had paused to pick up the latest news at the local military headquarters, the c.g. learned of Hitler’s death. Nobody said a word. Germany’s downfall, often predicted, now seemed certain. The extent of one country’s demise, however, was not yet to be discerned.

The march to the Aosta Valley now no longer took place, and the divisions moved into the areas assigned by the Americans. Until they reached the joint camp in Rho, near Milan, officers were permitted to keep their weapons. Once there, all weapons, steel helmets, binoculars, war decorations, maps and other documents had to be placed on strips of canvas. Disarmament had been completed.

From Rho, after disarmament they were immediately moved to Ghedi camp, south of Lake Garda, where the Americans had quickly fenced in an airport erstwhile set up by the Germans. On both sides of the wide concrete runway – dubbed “Ku-Damm”[1] by the Germans – the individual divisions had to make camp in a predetermined order.

Henko was soon sent to a “special camp,” which was separated from the main camp by barbed wire and contained a freshwater tap of its own, but nothing else. Using three strips of canvas, Henko was able to create a tolerable hole for himself. He learned English. Only belatedly he learned the reasons why he had been sent here: 1. Denunciation by a soldier who had hoped that his testimony would gain him a quick discharge; 2. the suspicion that, prior to our withdrawal, we might have been preparing acts of sabotage in the Western Alps, such as the detonation of bridges and tunnels; 3. a preemptive arrest in connection with the trial of former commanding general Dostler, whom the Americans held responsible for the shooting of a commando in the rear of the Apennine front line. When it turned out that at the time of that act – in March 1944 – Henko had not even been in Italy yet, he was immediately released from the special camp.

In the fall of 1945, Ghedi camp was effectively dissolved. Pursuant to a minutely compiled plan, individual groups of men were moved to Germany. In the course of this movement Henko was inexorably arrested, since he was part of the group of so-called “magistrates,” or “Räte.”[2] Henceforth, he was no longer a prisoner of war but an interned person. The difference between these two forms of custody was the following: A prisoner of war could, in the absence of specific circumstances on which an indictment might have been grounded, soon be released; whereas an interned man had to establish his innocence in a veritable course of proceedings which often took years.

The transport convoy arrived in Schongau on the river Lech, where the interned men were moved onto trucks, and shortly thereafter unloaded in the camp of the former air defense school of Altenstedt. This, then, constituted their winter quarters during the first winter after the war. On clear days it was possible to see the Alps, and at their center the mountain closest to Füssen, the Säuling. In Füssen they had picked up the local teacher, Schulrat Golsner, as he, too, was considered part of the group of “magistrates:” “A magistrate is a magistrate” (“Rat ist Rat.”) Now, the following occurred: On Christmas Eve, the teacher wanted to do something to bring some joy to his fellow inmates, and with the permission of the camp’s commander, he had rehearsed a number of songs with the camp’s choir. However, he also needed a few children’s voices for a lullaby. Overcoming substantial obstacles, a few boys, who of course knew Golsner as their teacher, were ultimately permitted to come to the camp for an hour on Christmas Eve. In no time at all, news had circulated within the village that Herr Schulrat was allegedly interned as a war criminal, which caused Toni to mention the fact to the local pastor on Christmas Day, and to ask: “But Herr Schulrat actually isn’t a war criminal, is he?” The pastor responded: “Whatever makes you think that Herr Schulrat could possibly be a war criminal?” Thereupon Toni: “Well, Aloisius said that they’re all war criminals there.” The pastor: “Aha, Aloisius said that – and you even believe that rubbish. Now, you go straight to Aloisius and tell him to come to early mass tomorrow morning.”

The next morning, early mass was packed as it had never been before on Boxing Day – and it started beautifully, with the choir and the organ and with prayer – and the folks in the men’s corner were just about to catch up on their sleep, which had been interrupted so early in the morning. Then, suddenly, they were visited by such a thunderstorm coming from the pulpit as they had never experienced before. Once things were set to rights by the sermon, the atmosphere was cleared once and for all.

The interned men, however, had not even been aware of what had happened outside the camp. They took the modest Christmas celebrations on the camp’s snowy grounds as a first sign of reawakened humanity and only learned bit by bit that the first postcards from the camp, which they had been allowed to write shortly before Christmas, had reached their families. Letters were still prohibited then. The two clergymen, too, provided a modicum of contact with their families. They would say after prayer: “After the service, I would like to speak to soldiers XYZ.” That way, Henko, too, received the greetings of his wife, who had, after a lengthy research into the camp’s military postal codes, one day made her way there on a coal train coming from occupied Eastern Germany, but had been arrested by the Poles on guard. She was taken to the camp’s commander, who told her to her face: “You are looking for your husband.” She acknowledged this, whereupon the commander said to her: “I will have a jeep take you to Schongau and drop you in the market square. Don’t ever show up here again. By the way – your husband is here indeed.” By a lucky coincidence, on her way back to the train station she met an acquaintance from Sagan in Silesia who, after her own emigration, had settled in this town as a doctor. From this time onwards, every week Henko received a parcel with a little bit of bread. Other gifts were not yet permitted at the time. Henko could not even thank the lady, however, as they were allowed to send mail only to their families. Only decades later, he was finally able to express his gratitude. The bread, though, was always much welcomed by his table, where it was brotherly shared.

“Give us today our daily bread.”

In the spring of 1946, the C.I.C. began its investigation into the interned men’s histories. The beginning of these proceedings consisted of three postcards, sent to acquaintances who had neither belonged to the N.S.D.A.P. itself nor to one of its branches, and who had to be willing to testify on the sender’s behalf. Henko was extremely lucky in this. All three persons he had named were still alive and still lived at the addresses where the inquiries had been sent. The next part of the investigation was the completion and submission of the infamous questionnaire. This was conducted inside the C.I.C. barracks, under strict supervision. No word was allowed to be uttered, and no questions permitted to be asked.

As a part of one of the next transport convoys, Henko was taken to the former concentration camp of Dachau, which now not only served as a special camp for convicted war criminals but also as a discharge camp for those detainees scheduled to be released via Munich. In Dachau, prior to their release, the interned men were shown the notorious Nazi gas chambers; probably in order to do away with the notion that any part of the representation of these facts might have been exaggerated. This they were not; on the contrary, anybody visiting these places of mass extermination could only be horrified at the bestiality of man.

There is nothing to be excused here, neither in Germany nor in any other country. Anybody who has read Solzhenitsyn’s “GULag Archipelago” knows that cruel methods of extermination still exist in the world. That book is undeniable evidence of such methods and, at the same time, provides shining testimony as to its author’s courage. Solzhenitsyn elected freedom, but at the price of his yearning for his home country. In Germany, too, we still witness how, again and again, men risk their lives to flee from the land of bondage. The many voices who belittle conditions like those should consider that the path from indifference to thoughtlessness and, finally, to criminal negligence, is not far. But it is dangerous in the face of a determined and focused man who is only waiting to exploit a moment of incapacitation in order to strike, as quickly as lightning. Those who fail to grasp this should remember the demise of the Weimar Republic, where internal friction, strikes, inflation and unemployment worked together to make the seizure of power by the adversary inside a mere child’s play. He put in place a job-creation program (highway construction), in order to quickly do away with unemployment. Strikes were simply outlawed. Jobs and food were back, but what was lost was freedom.