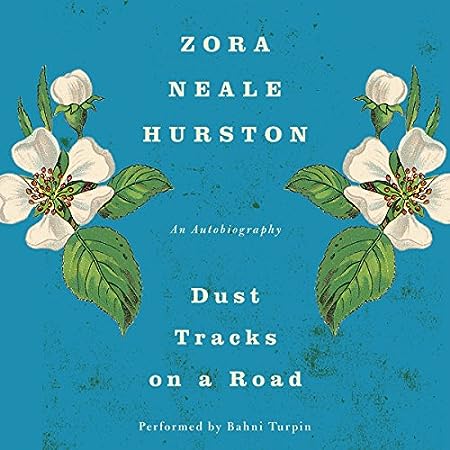 Definitely the best book I read during the first week of the new year; the New Yorker pretty much nailed it when calling the book “warm, witty, imaginative” and adding “This is a rich and winning book.”

I’d (finally) read Hurston’s Their Eyes Were Watching God last year; having now read her autobiography, I recongnize oh-so many autobiographical details — the young woman running away from home to marry, the (grand)parent whose outlook on life has been shaped by the experience of slavery, the beloved tree, the town founded and incorporated by blacks in the Jim Crow South, the self-made man and future mayor, the general store acting as the town’s social centre and prime storytelling venue … Yet, all of those are elements pulled together from various aspects of Hurston’s life, or that of their parents; Their Eyes Were Watching God is not her autobiography. This book is.

Hurston was an amazing personality; strong, independent, indomitable, relentlessly curious about people and life, and endowed with both generosity and a great sense of humor. She had, as she said, “been in sorrow’s kitchen and licked out all the pots,” but she hadn’t come out poisoned but only more resilient. She insisted on seeing people as individuals, neither defined by their skin color nor their sex nor any other group characteristica; an attitude that did not endear her to the black leadership of her day (because she refused to ever allow her skin color to become an issue in her dealings with others); yet, what others may have seen as naïve, to me seems excessively brave and forward-thinking, because Hurston was certainly not blind to the realities of Jim Crow, nor did she think she could evade them — what she was really doing was claiming perfect equality for herself by the way in which she dealt with others; and in a society that is racist by definition, that sort of thing takes an enormous amount of strength (and unshatterable optimism).

Hurston’s account of her ethnological / folklore research in the Caribbean is fascinating, too, and it is easy to see just what a forceful advocate for the publication and propatagion of original, pure and “unbeautified” black traditional music, dance, and spoken word stories in all their rich diversity: to those voicing concerns or (God help them) even trying to stand in her way, she must have seemed like a regular force of nature sweeping over them. Yet, Hurston was a people person; she loved her family, friends and community, she knew how to forge allegiances when it suited her, and she even managed to see most of those who did her severe injury as victims of society and circumstance, and refused to bear them a grudge (with the considerable exception of her stepmother). It’s inconceivable that she should have ended her life in an unmarked grave … loud cheers to Alice Walker, Maya Angelou, and everyone else responsible for ensuring her lasting legacy.

One thought on “Zora Neale Hurston: Dust Tracks on a Road”