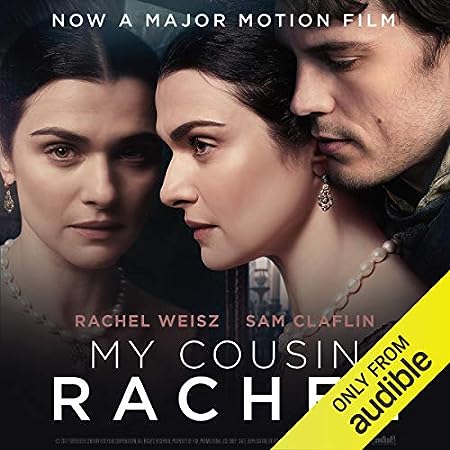 Oh, I wanted to like this so much better than I ultimately did; for its glorious Cornish and Italian (Florence) settings alone, as well as for the fact that Du Maurier (as she herself insisted) apparently identified so much with this novel’s first person narrator, Philip Ashley, that at times she almost felt like she had “become” him.  Unfortunately, however, it seems that the only novel by Daphne Du Maurier that I love unrestrainedly and however many times I reread it will probably remain Rebecca.

Again, like several other books I read in May 2021 (Rendon’s Girl Gone Missing, Kent’s One Blood, Rutland’s Bleeding Hooks, Conan Doyle’s Sir Nigel), the novel starts on an impressively strong note but falls apart (or did for me, anyway) at some point thereafter.  It recovered partially towards the very end, but by and large the recovery was not pronounced enough to make more than a minor difference.

We start with what has to be one of the most impressive grab-your-gut openings in literary history, with a graphic description of a gallows near Philip’s home, his memory of a visit to the gallows as a young child (when the corpse of the then-most-recently executed man had been rotting there for no less than four weeks), and his, as well as his elder cousin and de-facto guardian Ambrose’s musings on death and the death penalty.  (Ambrose is the person who actually brought Philip up; his legal guardian is the family lawyer.)  From there, Du Maurier seamlessly segues into establishing the de-facto-father-son relationship between Ambrose and Philip; and it’s such a comfortable all-male establishment that — particularly in light of Ambrose’s pronounced, though paternally-expressed misogyny — you’d think no woman in her right mind would ever even want to set so much as her little toenail in there.  Well, no woman but their Cousin Rachel, it turns out, and from the moment that Ambrose first meets her in Florence, things start to go downhill … for the Ashleys, but so, unfortunately, they also did for me; particularly once Philip himself has met Rachel, about whom he had initially only heard through Ambrose’s letters.

Not only did I find the majority of the then-remaining plot disappointingly predictable (maybe not in every detail and episode, but definitely in its broad outline); Philip is another one of those TSTL characters who deserve every single bit of their fate for the sole reason that they’re too blind to see the supersized, glaring, red neon warning signs that keep flashing before their very eyes.  (OK, this story is set in the candlelight, horse and carriage age, so forget the “neon” bit, but anyway.)  I can forgive one instance of this sort of behavior in a character, maybe even two … but if it happens again and again (and if a character, like Philip here, even takes a painkiller for the headache from being clobbered over the skull with a warning sign, only so as to be able to pretend he’s never been clobbered with anything at all and there’s nothing to be clobbered about to begin with), and it all happens very obviously only so as to allow the author to give the plot yet another minor twirl, at some point I just become annoyed.  And that’s not even mentioning Philip’s own two brain-fryingly stupid contributions to the whole mess — from only one of which he is saved, if only for the time being, by his legal guardian; whom he then however repays in turn by calling on a complete stranger so as to be able to commit his second and infinitely greater act of monumental stupidity, this time without anybody’s timely interference.  At that point, the only question in my mind was how, if at all, Du Maurier would be able to redeem the mess that she’d created for her characters — which, as I said above, she does to some extent, but all told it’s too little too late for me.

As a side note, given that the novel is narrated exclusively from Philip’s point of view, who is as unreliable a narrator as they come and never develops the first inkling about Rachel’s true personality and thought processes, Rachel herself never emerges as a fully rounded character but, rather, always remains little more than a cipher, seen through the distorting lenses of Philip’s myopic eyes.  This is quite obviously Du Maurier’s intent, but even if the title’s implicit question (“My Cousin Rachel: Who or what is / was she really?”) is eventually answered, and we’re at least given a few pretty fat hints as to the driving force of Rachel’s course of actions, Du Maurier plays fast and loose with the reader’s understanding until the very end — to the point, incidentally, that the Wikipedia summary of the novel’s plot clean misses the crucial final twist.  (I’m not going to link to the page since it does spoil the more obvious part of the ending, but there’s one aspect that it misses entirely — presumably because Du Maurier only hints at it without ever spelling it out as a cold, hard, “in your eyes” fact — and which gives the whole ending a 180-degree spin.)

I’m not sure that this book is a case of “this could have been so much better if only …”: Du Maurier wrote precisely the novel she set out to write, and it really only works at novel length because of Philip’s utter cluelessness; but unfortunately, that is also the very reason why it didn’t work for me.  So, three stars for the wonderful atmosphere and for Du Maurier’s as always beautiful writing — but that’s really all the enthusiasm I can muster. 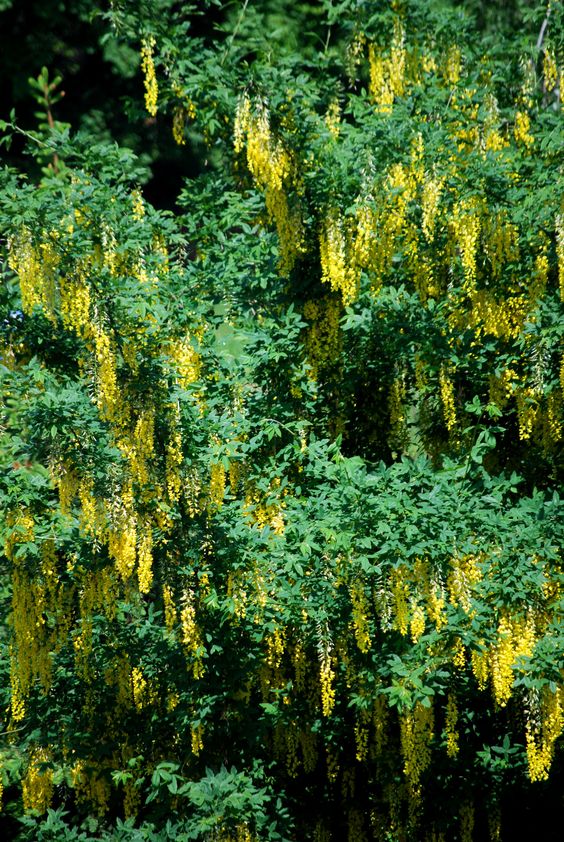 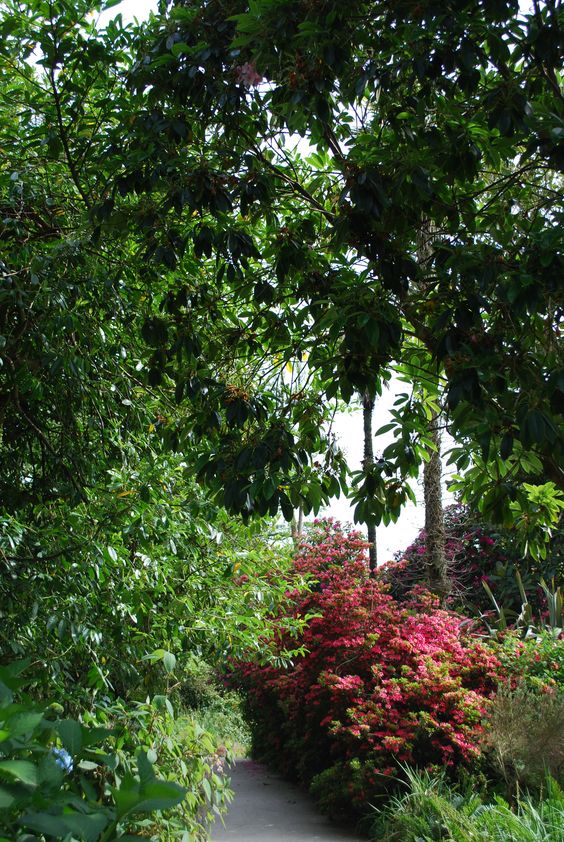 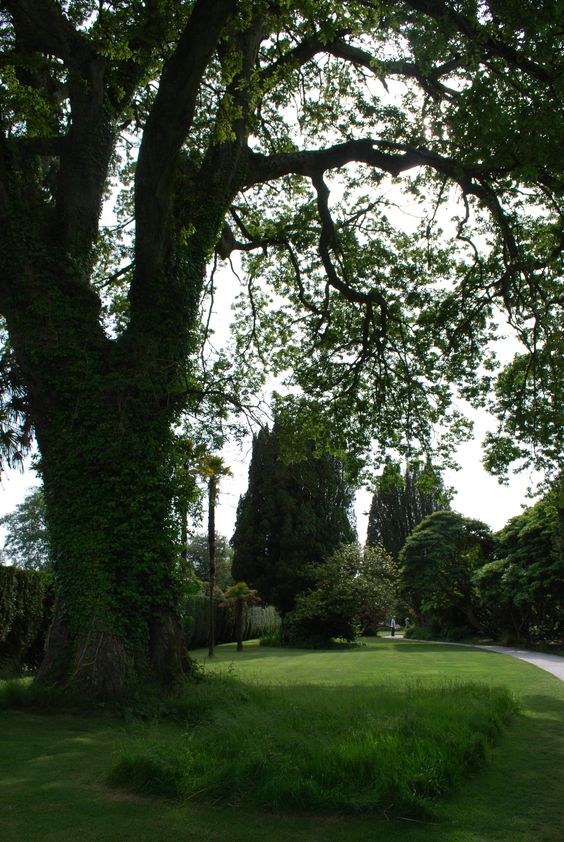 Left: laburnum in a garden in our street; center and right: in the Lost Gardens of Heligan (Cornwall)
(photos mine)