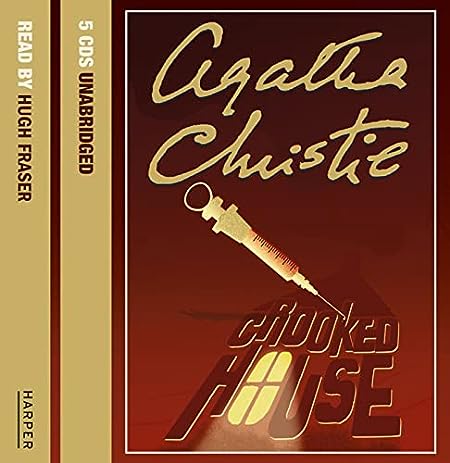 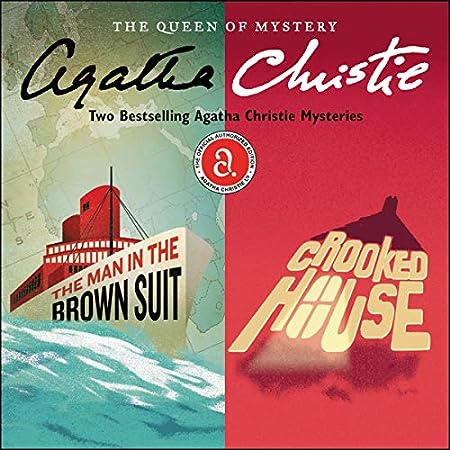 Spoiler warning: Only go on reading if you’ve read the book and know the solution to the mystery.

I already own print as well as audio CD editions of all of Christie’s full length novels, but Audible last year started rereleasing them in “two for the price of one” digital packages, and who am I to complain?  Crooked House is the book paired with The Man in the Brown Suit in that series of double feature packages, so I just kept on listening after I’d finished the first book — which was an even more proximate choice as Crooked House is one of my favorite non-series mysteries by Christie and on my list of overall favorite books by her as well. — Christie believed that everyone of us has the capacity for evil; notably, no one is too young to be a criminal, and she makes no bones about that here (she doesn’t even bother trying to give the culprit a motive designed to call upon the reader’s sympathy, though she does play merry hell with red herrings in the way she first makes that person appear).

Side note: The 2017 TV adaptation of Crooked House starring (inter alia) Glenn Close, Terence Stamp, Max Irons, Julian Sands, and Gillian Anderson is just about the last of the recent(ish) Christie adaptations to be broadcast that I like; it was perhaps fortunate that the screenplay was written by Julian Fellowes, who can usually be relied upon to produce / replicate period material authentically and in truly splendid style, and who also respected Christie’s original work enough to leave the core story unchanged, even if there are a few alterations in the margins.  By contrast, though I haven’t seen all of Sarah Phelps’s Christie output (which includes, to date, And Then There Were None (2015), The Witness for the Prosecution (2016), Ordeal by Innocence and The A.B.C. Murders (both 2018), as well as The Pale Horse (2020)) — and I’m not planning to torture myself through her full catalogue –, for all that I have seen, only one of her efforts, the 2015 adaptation of And Then There Were None, does justice to Christie’s original: the others are varying degrees of horrors that have absolutely nothing to do with Christie’s books and play fast and loose with the material in a way that is an outright insult to Christie herself and to her fans alike.  As for the even more recent Branagh Poirot movies … well, let’s just say I’d have wished he’d stuck to narrating the audios of Murder on the Orient Express and Death on the Nile, instead of recording the audios only after the fact and as promotional material for his movies.