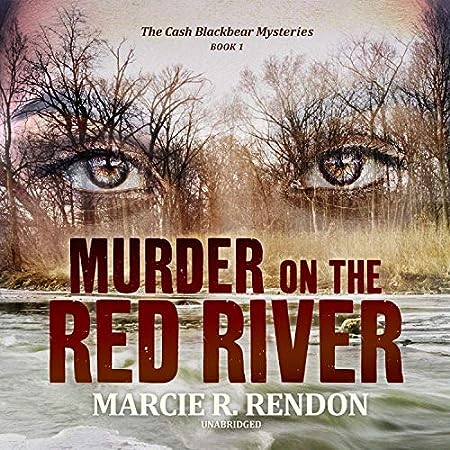 When I took a look at Native American authors whose work I might want to explore, next to Joy Harjo (whose memoir Crazy Brave I read last month), Marcie R. Rendon quickly stood out as another obvious candidate.  A member of the (Ojibwe / Minnesota Chippewa) White Earth Band, she is a resident of Minneapolis; both books of her Cash Blackbear series that so far have been published have either won or been shortlisted for literary awards, and it’s easy to see why.

Renee “Cash” Blackbear, like the author herself, is a member of the Ojibwe nation; when we meet her in this book at age 19, she already has as much life experience as a woman two or even three times her age should have accumulated: Taken away from her mother and her siblings as a very young child in accordance with the common practice according to which, prior to the introduction of the 1978 Indian Child Welfare Act, as many as 25-30% of all Native American children were removed from their birth families and placed into foster homes, Cash only has vague memories of a loving, nurturing family environment; by contrast, she knows exactly what it means to be the unloved, feared, despised, and severely abused “squaw” child in a white, Scandinavian-descendant family only taking her in for financial reasons and dropping all pretenses the moment that the social worker is out of the door.  In the years after being taken away from he rmother she’s lived with more foster families than she cares to remember, and there is no saying where she would have ended up if Moorhead (MN) Sheriff Dave Wheaton hadn’t prised her from the claws of the system one day six years ago, put her in a tiny (rented) apartment of her own, and made her finish high school.  Since then, she’s been working on farms, driving trucks, and developing her eight-ball pool skills to the point of tournament proficiency — but her interactions with her fellow humans (of all colors, races and sexes) are decidedly of the distant and casual variety; and although she realizes that alcoholism is a huge issue in the Native American communities of the 1960s’ American Mid-West, the bar tender at her favorite pool joint has a bottle (or two) of beer for her on the bar counter the moment she walks in, and no night passes in which she doesn’t go to sleep with another bottle of the same by way of a nightcap, no matter how much alcohol she’s already had before.

This first book of the series is more about getting to know Cash (and Wheaton, and their ersatz-father-daughter relationship), as well as learning about the situation of Native Americans, particularly Native children, in 1960s’ America, than it is about the murder mentioned in the book’s title: Yes, an investigation does take place, and in the tradition of all amateur detectives Cash wheedles her way into it — here, on the grounds that the victim is a man from the Red Lake (Chippewa / Ojibwe) Reservation in Northeastern Minnesota, so she just might be able to help, though neither she nor Wheaton seem to have a clear idea just how that might be the case –; and like the good professional cop in a mystery that he is, Wheaton lets her take off to Red Lake, even though that end of the investigation isn’t even his own to handle (it’s that of the FBI).  And if this had been a run-of-the-mill mystery, this sort of stuff would probably have bothered me no end.  But here it hardly impinged, because on balance, Cash’s life experience, the glimpses we are allowed into the lives of the murder victim’s wife and children, and race relations in the 1960s in general in this part of the U.S., were just so much more important (and interesting, and gutting).  Rendon knows what she is writing about, clearly from personal experience and observation, and she is a good enough writer to get her message across with less preaching than I would have expected in a book such as this, particularly in a first novel (as this one is, too).

There is one event towards the end of the novel where Cash develops a level of Mary Sue / Superwoman qualities that are hard to believe even in light of her severely scarring and toughening life experience; if it hadn’t been for that moment, I might even have added another half star to my rating.  As it was, this passage just stretched credibility way too far (as did, FWIW, Wheaton’s manner of dealing with the immediate aftermath of that moment, to the extent it involved his role as an investigating officer).  Earlier in the novel Cash has, by contrast, also one of those TSTL “dark and stormy night” moments that hardly any debut mystery novel seems to be able to do without.  But by and large, this was still a tremendously interesting discovery. — For Diversity Bingo purposes, I decided to assign this book to the “human rights” category, because the protection of the family as a nurturing and natural unit is specifically recognized as a human right (see, e.g., the International Declaration of Human Rights, Articles 12 and, especially, 16); and this book’s central theme is the severe trauma caused by ripping apart natural / birth families and made worse by placing the children from those families into a succession of unwelcoming and even abusive foster homes.

4 thoughts on “Marcie R. Rendon: Murder on the Red River”