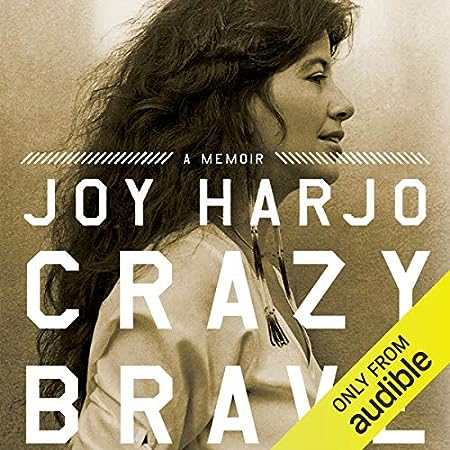 Poet Joy Harjo is one of today’s foremost Native American voices; her recently-published memoir was thus a proximate choice for the corresponding entry in my quest to broaden my literary horizons.

Harjo’s life story is that of many Native Americans of her generation: as far removed from the American Dream as you can be; socially marginalized, with families torn apart by PTSD, a racist environment, government policy similarly ranging from outright racism to bland neglect and indifference, and the “coping” mechanisms of those tossed onto the scrap heap of society and abandoned there: chiefly, alcohol and violence.  Yet, she tells her story — which in the audio version she reads herself — in a flat, matter of fact tone, which left a much greater impression on me than other, similar tales, such as Sherman Alexie’s Reservation Blues, which is brimming with angry young man sentiment, and which for exactly that reason had me stop caring after a while (“get on with your story already”).  By contrast, I never stopped caring while listening to Harjo; in fact, this being a memoir, it’s difficult to cleanly separate my respect for Harjo as a person and my assessment of the book as such, whose title aptly summarizes both Harjo’s personal history and the personality coming across in her narrative.