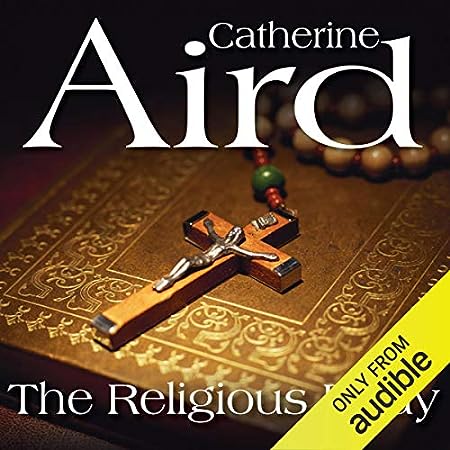 Festive Tasks, Door 11, Family Traditions: Read a family saga, a book about an especially dysfunctional family, or an entry into a series that focuses on one specific community.

Huge shout-out to Moonlight Reader for recommending this series — this hit exactly the right spot for me.

Catherine Aird’s Inspector Sloan series (aka the Calleshire Chronicles) comes from the same place as the novels of Martha Grimes, the early entries in Ruth Rendell’s Inspector Wexford series, Caroline Graham’s Midsomer Murders, or, for that matter, Agatha Christie’s Miss Marple series: crimes committed in a small rural English community — the kind of place that would be home to W.H. Auden’s Guilty Vicarage — where the pavements are lined by the adjoining gardens’ carefully-tended herbaceous borders, everyone knows everybody else, if you’re looking for someone you can always find them of an evening at the local pub, and life looks peaceful and uneventful on the surface — and is thus disrupted, all the more, by the commission of a brutal murder.

Obviously that disruption is all the greater if it happens inside a convent: Aird was (and is) not the only writer to use the cloister to great effect; leaving aside Ellis Peters’s Brother Cadfael and Priscilla Royal’s Prioress Eleanor and similar series where monks and nuns — more often than not: in the Middle Ages — even act as amateur sleuths, P.D. James also used this sort of setting to great effect in Death in Holy Orders, and Georges Simenon’s Commissaire Maigret has an uncomfortable brush with the community of nuns running a convent hospital in Les vacances de Maigret (Maigret’s Holiday).  It’s clear, though, that Aird has thoroughly done her homework on the daily routine of a convent, and the feelings of embarrassment and flat-footedness of the investigating policemen (with a major emphasis on “men”) while moving in this closed all-female community are drawn deliciously well.  As, generally, it has to be said that Aird is a very skillful writer, who tells her story with a delightful mix of genuine empathy, humor, and psychological insight, and in language that is lively enough to easily entice the reader into the story, while remaining economical throughout and never clobbering us over the head with excessive vocabulary or descriptions.

As this book is intricately concerned with a specific closed community, I’m using it as my read for Festive Tasks, Door 11. — That being said, in a Halloween Bingo context it would also fit for (inter alia) Dark Academia, as persons and events at a boarding school near the convent are central to the plot as well.