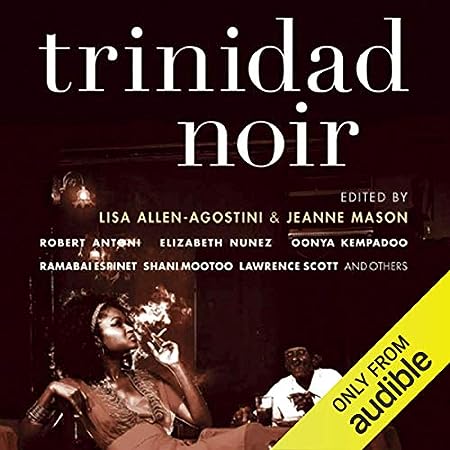 Trinidad Noir is the, well, Trinidad installment of the Akashic Noir series of short story anthologies looking at the “darker” side of the respective titular location.  This can be a great way of sampling the fiction set in and / or written by authors from the place in question; and in terms of the quality of the writing, this particular installment certainly doesn’t disappoint.  Yet, I can’t shake the feeling that this collection undersells Trinidad as a place; not by focusing on its problems per se (that’s what you expect in anything bearing the word “noir” in its title), but by putting front and center, in almost every single story, the cliché issues associated anyway in the public mind not only with Trinidad & Tobago but with virtually every single Caribbean island nation: drugs, corruption, and sex (straight, gay, for love, for money, for pleasure, by force, by free will, younameit).  As a result, and notwithstanding the island nation’s undoubtedly in reality much richer and much more diverse history and culture, the authors and the anthology’s editors — collectively, if not individually — reduce Trinidad’s portrayal to stereotype; and that is simply a shame.

The two stories that I expect to stand out for me on a more lasting basis are Robert Antoni’s How to Make Photocopies in the Trinidad & Tobago National Archives — a tongue in cheek riff on the borderline of bureaucracy and sleaze that will strike a chord with anybody who, FOIAs (Freedom of Information Acts) notwithstanding, has ever tried to access government records in a Caribbean island nation — and Tiphanie Yanique’s Gita Pinky Manachandi, a heart-searing tale of immigration, class diversity, teenage friendship, adolescence, and, well, death.

The quality of the writing is uniformally high throughout the entire book, and the anthology does convey a sense of place as far as Trinidad’s nature, geography, and city life is concerned; I thus can’t bring myself to go any lower than 3 1/2 stars in my overall rating.  But the (IMHO) unnecessarily narrowed focus on the few issues that define Trinidad in public perception anyway (not least, in North America and Europe) — however pressing each of these issues may in fact be individually — came as a serious disappointment and left much to be desired.