This is a post from Themis-Athena; due to scheduling issues in Real Life, and Time Zones, she was worried it wouldn’t get posted at the right time, so I’m posting it for her. 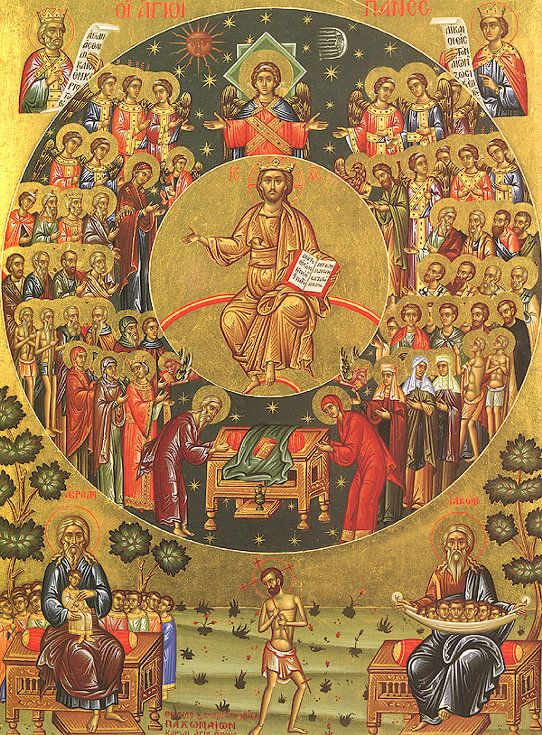 All Saints’ Day (also known as All Hallows’ Day, Hallowmas, Feast of All Saints, or Solemnity of All Saints) is a Christian festival celebrated in honor of all the saints, known and unknown.  In Western Christianity, it is celebrated on November 1 by the Roman Catholic Church, the Anglican Communion, the Methodist Church, the Lutheran Church, and other Protestant churches.  Christian celebration of All Saints’ Day and All Souls’ Day stems from a belief that there is a powerful spiritual bond between those in heaven and those still living.  In Catholic theology, the day commemorates all those who have attained the beatific vision in Heaven.  It is a national holiday in many historically Catholic countries.  In Methodist theology, All Saints Day revolves around giving God solemn thanks for the lives and deaths of his saints. 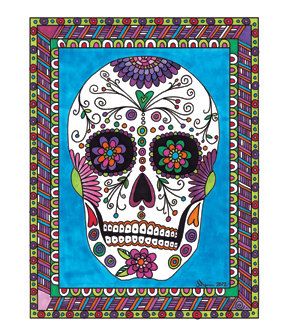 Día de Muertos is a holiday celebrated throughout Mexico and by people of Mexican ancestry living in other places, e.g., in the United States.  In Mexico the day is a public holiday; it is also acknowledged, however, internationally in many other countries. The multi-day holiday focuses on gatherings of family and friends to pray for and remember friends and family members who have died, and help support their spiritual journey.  Prior to Spanish colonization in the 16th century, the celebration took place at the beginning of summer.  Gradually, it was associated with November 1 and November 2, to coincide with All Saints’ Day and All Souls’ Day.  Traditions connected with the holiday include building private altars (ofrendas), honoring the deceased using calaveras (decorated skull effigies), Aztec marigolds, and the favorite foods and beverages of the departed, and visiting graves with these as gifts.  Visitors also leave possessions of the deceased at the graves. – The Spanish tradition includes festivals and parades, as well as gatherings of families at cemeteries to pray for their deceased loved ones at the end of the day.

With their colorful expressionism, Día de Muertos celebrations provide a striking contrast to the muted colors and – in the Northern hemisphere – frequently gray November skies predominating on All Saints’ Day.

Read a book that has a primarily black and white or gray cover, or one that has all the colors (ROYGBIV) on the cover.

Create a short poem or an epitaph for your most hated book ever. 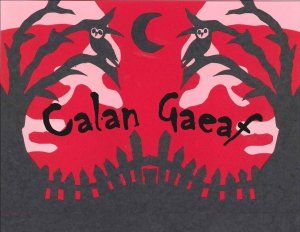 Calan Gaeaf is the name of the first day of winter in Wales, observed on November 1.  Spirits are believed to be abroad the night before, and people avoid churchyards, stiles, and crossroads, since this is where spirits are thought to be gathering.  During Calan Gaeaf, it is the custom for children and women to dance around a village fire, while everyone writes their names on rocks and places them in and around that fire.  When the fire starts to die out, they all run home: Superstition has it that those who stay will have their souls eaten by a bad omen taking the form of a tailless black sow with a headless woman.  The following morning, all the stones containing villagers’ names are checked, and if a stone is missing, the person who wrote their name on that stone is believed to die within a year. – According to another tradition associated with the holiday, ground ivy leaves, put under a boy’s head before he goes to sleep at night, are thought to convey to him the power to see hags and have prophetic dreams.  A girl, on the other hand, should take a wild rose grown into a hoop, creep through it three times, cut it in silence, and go to bed with it under her pillow.  In the Southern province of Glamorgan, tailors were once associated with witchcraft as well.

Read any of your planned Halloween Bingo books that you didn’t end up reading after all, especially if it features witches or witchcraft.  (Ditto if you didn’t participate in the Halloween Bingo of course: Read a book featuring witches or witchcraft.)  Alternatively, read a book with ivy or roses on the cover, or a book with “Ivy” or “Rose(s)” in the title or as character names.

If you’re superstition-proof, inscribe your name on a rock, toss it in a fire and take a picture to post.  Or if you prefer, make a cozy wintertime dish involving leaks (the national plant of Wales) and post the recipe and pictures.