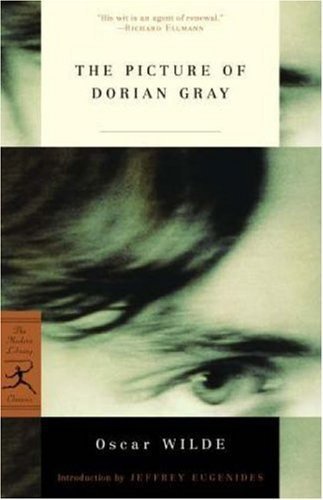 “Beauty is a form of Genius.”

Oscar Wilde was one of the foremost representatives of Aestheticism, a movement based on the notion that art exists for no other purpose than its existence itself (“l’art pour l’art”), not for the purpose of social and moral enlightenment. Born in Dublin and a graduate of Oxford’s Magdalen College, he initially worked primarily as a journalist, editor and lecturer, but gradually turned to writing and produced his most acclaimed works in the six-year span from 1890 to 1895, roughly coinciding with the period of his romantic involvement with Lord Alfred “Bosie” Douglas, sixteen years his junior. Douglas’s strained relationship with his father, John Sholto Douglas, Marquees of Queensberry, eventually resulted in a series of confrontations between Wilde and the Marquees, which first led to a libel suit brought by Wilde against his lover’s father (who had openly accused Wilde of “posing as a sodomite” and threatened to disown his son if he didn’t give up his acquaintance with the writer) and subsequently to two criminal trials against Wilde for “gross indecencies,” based on a law generally interpreted to prohibit homosexual relationships. Sentenced to a two-year term of “hard labor” in Reading Gaol, Wilde emerged from prison in 1897 a spiritually, physically and financially broken man and, unable to continue living in England or Ireland, after three years’ wanderings throughout Europe died in 1900 of cerebral meningitis, barely 46 years old.

“The Picture of Dorian Gray,” Wilde’s only novel besides seven plays as well as several works of short fiction, poetry, nonfiction and two fairy tale collections originally written for his two sons, is critical to an understanding of Wilde’s body of work and his personality primarily for two reasons: First, because it constitutes one of his earliest fully accomplished formulations of Aestheticism, and secondly because of its undeniable undercurrent of homoeroticism; an inclination which, after a six-year marriage widely thought to initially have been a true love match, Wilde had begun to explore more openly around the time of the novel’s creation (1890). The story’s title character is an exceptionally handsome young man who, both in the eyes of the artist tasked to paint his portrait, Basil Hallward, and in those of their somewhat older friend Lord Henry Wotton, epitomizes perfect beauty and is coveted by both men for that very reason. Seduced by hedonistic Lord Henry into believing that beauty can literally justify anything, including any act of immorality, Dorian sells his soul for maintaining his beautiful appearance, letting his portrait age in his stead. (In that, his character resembles Goethe’s and Marlowe’s Faust.) He then quickly turns from an innocent youth into a cruel and calculating man whom society, in its shallow adherence to appearances, nonetheless never associates with any of the results of his cruelty, never looking beyond the surface of his handsome exterior and assuming that a man so beautiful must necessarily also be good. Ultimately it is Dorian himself who brings about his own downfall when he is no longer able to face the manifestation of his evilness in Basil Hallward’s picture.

Upon its initial publication in Lippincott’s Monthly Magazine in 1890, “The Picture of Dorian Gray” was widely scorned as immoral by a public neither familiar with nor particularly open to the concepts of Aestheticism and its mockery of middle class morality, and repulsed by the thinly veiled homoerotic relationship of the novel’s protagonists. Wilde republished the work the following year, adding a preface designed to explain his views on art. Yet, it was that preface which, along with several of his other publications and his written exchanges with Lord Alfred Douglas, ultimately would play a devastating role in his trials, where Queensberry’s attorney would come to use an excerpt from that very preface – “There is no such thing as a moral or an immoral book. Books are well written, or badly written” – to extract from Wilde statements to the effect that any book inspiring a sense of beauty (including, as implied in the attorney’s question, an “immoral” book, if “The Picture of Dorian Gray” could be qualified as such) was well-written and therefore commendable; that only Philistines, brutes and illiterates – whose views on art he considered invariably stupid and for which he therefore didn’t “care twopence” – could consider this novel “perverted,” and that the majority of the reading public would probably not be able to draw a proper distinction between a good and a bad book. It was testimony such as this, as well as the impending confrontation with a number of male witnesses ready to testify as to the nature of their relationship with Wilde, that not only caused the author’s attorney to convince his client to drop the libel suit against Queensberry but also opened the door for Wilde’s own subsequent prosecution.

If “The Picture of Dorian Gray” has a central theme besides the supremacy of beauty and the depiction of a society primarily interested in appearances, it is a call for individuality: Dorian’s cruelty is brought out only after he allows himself to be influenced by Lord Henry’s equally seductive and cynical hedonism; and similarly, Basil Hallward’s blind idolizing of Dorian eventually proves fatal for the painter. – Wilde’s only novel is one of the first and most poignant expressions of his own individualism; but unlike his protagonist, who ultimately pays a ghastly prize for selling his soul and giving up his individuality, Wilde paid as high a price for maintaining his. Like Dorian, he knew that “[e]ach of us has Heaven and Hell in him,” and although this novel’s preface ends with the provocative statement that “[a]ll art is quite useless,” it was the very fact that Wilde put his entire being into his art that ultimately destroyed him. But like beauty, which is finally restored to perfection in Dorian Gray’s portrait, Wilde’s works have stood the test of time; and not merely for their countless, pricelessly witty epigrams. They’re as well worth a read as ever.

0 thoughts on “Oscar Wilde: The Picture of Dorian Gray”