Festive Tasks, Door 15 — Correspondence: Read a book that includes a billionaire, a villain, or some other character who is especially smug or pretentious. 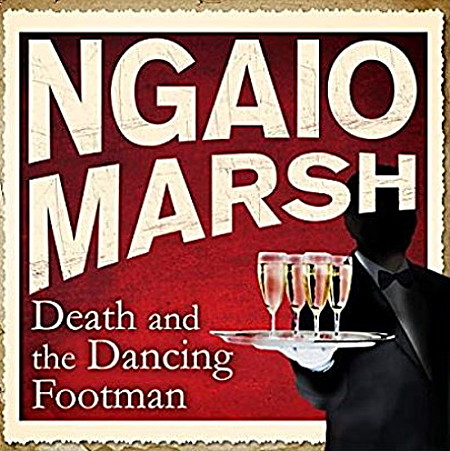 This isn’t strictly a Christmas mystery — the holiday never gets an express mention — but it has all the trappings of a Golden Age Christmas mystery (a remote country house cut off from the rest of the world by a snowstorm, a collection of guests who all loathe each others’ guts, etc.); besides, Alleyn and Troy are staying with the rector of a nearby village where an earlier book in the series is set (Overture to Death), so I’ve long thought of it as a de-facto Christmas book if nothing else.

Also, the more frequently I reread this book, the more I realize how much I really like it — not least because this is yet another occasion where Marsh cleverly uses a well-known Golden Age mystery trope to showcase something entirely different; namely, the hostility and prejudice brought to bear towards refugees in WWII Britain (the book was written in 1940): certainly not a popular criticism at the time; nor, come to think of it, today, either.

The novel’s premise is the conceit (in all senses) of the country house’s owner, a gentleman named Jonathan Royal — decidedly more unjustified aspiration than apt coincidence, that name — to become a “creator” of real live drama by bringing together, for his own amusement and that of a young dramatist friend, a group of people who all have excellent reasons to dislike each other (and heartily do) … and to then either watch the fur fly or somehow (though he doesn’t have the first clue how precisely) work a miraculous reconciliation. His dramatist friend thinks the idea both looney and dangerous, but is too polite to do more than hint at his opinion, and of course he is swiftly proven right when first he himself — apparently mistaken for another guest — is pushed into the house’s ice cold outdoor pool, and after a number of subsequent other near-successful attempts at murder, at last one guest’s corpse really is found in a locked room, between the bedroom occupied by the person on whom the rest of the company has, in the interim, unanimously settled as the chief suspect of the murderous mischief, and the living room, where everybody else has congregated for that same evening.

Now, Mr. Royal’s harebrained “real life drama” scheme in and of itself more than justifies selecting him as a candidate for the smug and pretentious character sought in the book task for Festive Tasks, Door 15, but, never one to leave well alone, he tops even that bit of odious tomfoolery by appointing himself chief investigator once the murder has occurred — and even more so, by the absolutely braindead, prejudiced, and haughty-beyond-words way in which he proceeds to carry out his “investigation”. Until, that is, our young dramatist has finally braved the masses of snow that had cut off the house from the surrounding countryside just in time for the murder, and managed to get through to a nearby village to secure the assistance of Alleyn, who fortuitously happens to be staying in the area (and is of course, weather conditions being what they are and this being a Golden Age mystery, instantly pressed into service by his superiors, too).