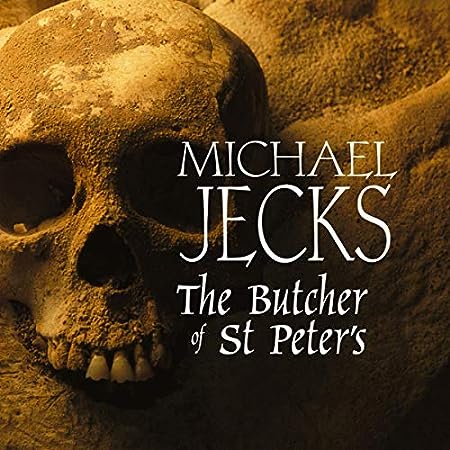 Exeter, 1323. A strange man is entering people’s houses at night, causing panic amongst householders. Although many had thought him harmless, now he seems to have committed murder.

A man lies dead in his own home, slaughtered merely for trying to protect his children, and the folk of Exeter want this menace caught and hanged. Sir Baldwin de Furnshill suspects that the solution isn’t that simple.

As the country prepares for yet another civil war, two more people are found dead, and the city of Exeter shudders at the thought that there could be a killer out there, determined enough to strike again and again …

Another series I’m not reading in order, and I can’t say I regret it. Like in most of the series — particularly so its later books, of which this is one — Jecks does an absolutely knock-out job recreating the topography, visuals, smells and sounds of medieval Exeter, and giving us a story populated by characters who step right out of the book and before your eyes if you let them, without in the process coming across as anything other than what they are; namely, denizens of the early 14th century. All you really need to know, though, is that this, too, is a serial killer novel … and I don’t particularly like serial killer novels. So, chalk one up to Jecks for making me give a second book of that nature almost as high a rating as the Appointment with Agatha reread of Christie’s The A.B.C. Murders earlier this month.