Matt Ruff: Fool on the Hill 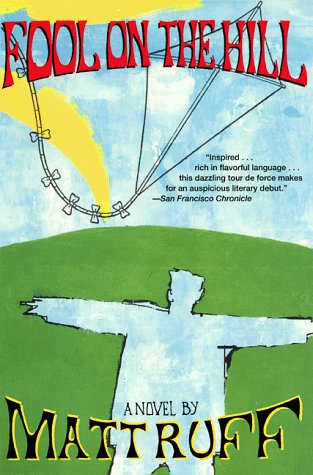 “You GOTTA read this book,” a friend and soon-to-be fellow-Cornellian said with some urgency when he learned that I had enrolled at Cornell University a couple of years ago. Devouring the book almost in one piece once I had started to read it, I soon understood what he meant.

As others have pointed out, this is not a book “about” Cornell – it just uses the campus and its own magic as a setting (although I confess there is a certain nostalgia to reading about the Arts Squad, McGraw Tower and The Hill – everyone who has walked up to the campus at least once knows why this noun deserves capitalization – and not only being able to visualize the scenery but also to drift off into your own memories of the place). This book is a fast-pace, hilarious tour de force interweaving fairy tales of modern-day humans, animals communicating by telepathy, ancient sprites and elfs and, of course, dragons – even if you’re just using Cornell as your setting, there’s gotta be a dragon in there somewhere.

Borrowing from virtually every writer from Shakespeare and Tolkien to the late 20th-century humorists, Ruff nevertheless manages to forge a style of his own and, in the process, conjures up a cast of funny, tragic and always highly unique and memorable characters – from Mr. Sunshine, the Greek Original who oversees and occasionally meddles with the development of the story, to Luther, the lovable, tragicomic canine hero in search of heaven, the Bohemian students, who enter the story with a bang in small-town Pennsylvania, and of course S.T. (St.) George, the hero and would-be dragon-slayer. – Two-dimensional characters? Predictable ending? Maybe, but who cares? This is, above all, a fairy tale and a farce, not a political satire or a high-brow tale on morals. Yes, Luther discovers that there are purebreds and non-purebreds and as a mongrel, he is not welcome in purebred society. Yes, there is the image of the monkeys in Mr. Sunshine’s library whose random and meaningless meddling with life’s stories creates chaos in everything they touch (and thus, invokes questions of fate, destiny and the meaning of life). But these are merely pieces of a mosaic; it doesn’t do the book justice to reduce it to these details alone and then deplore that they are not fully developed, or that there is a lot of black-and-white painting going on. Have you ever seen a fairy tale where that’s not the case?

So, let the book’s magic touch you and let its elfs and sprites enchant you, join Luther and his tailless Manx friend Blackjack on their journey from New York City to heaven (or its closest approximation in Ithaca, NY), root for the Bohemians in their dispute with the Rat Frat, and watch George withstand Mr. Sunshine’s meddling in his conquest of Aurora Borealis.

If it is true that Matt Ruff in later years disavowed this book, it would appear that Mr. Sunshine has done a bit of meddling here, too – ever since becoming an underground hit shortly after its publication, “Fool on the Hill” has developed an extremely loyal audience and a life of its own, and there’s an obvious reason for this. For once, Mr. Sunshine’s meddling was actually for the good… and I sincerely wish he’s going to leave it at that. This book deserves all the success it has had and more!