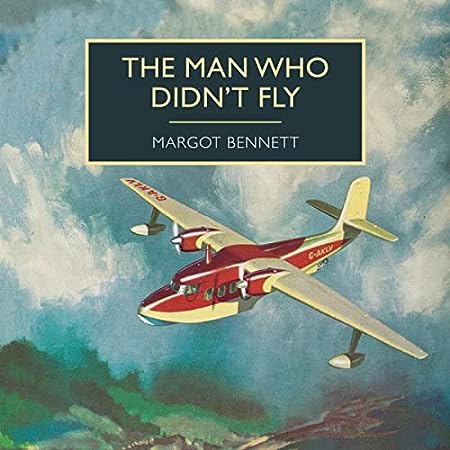 Four men had arranged to fly to Dublin. When their aeroplane descended as a fireball into the Irish Sea, only three of them were on board. With the identities of the passengers lost beneath the waves, a tense and perplexing investigation begins to determine the living from the dead, with scarce evidence to follow beyond a few snippets of overheard conversation and one family’s patchy account of the three days prior to the flight.

Who was the man who didn’t fly? What did he have to gain? And would he commit such an explosive murder to get it? First published in 1955, Bennett’s ingenious mystery remains an innovative and thoroughly entertaining inversion of the classic whodunit.

My first book by Bennett, and if this is as typical of her writing as BLCC series editor Martin Edwards wants us to believe, it may well remain the only one. I’m not necessarily a fan of inverse mysteries anyway (Columbo and his ilk excepted), even less so of books that can’t make up their minds whether they do or don’t want to be inverse mysteries to begin with; and a wetter towel than this book’s purported “heroine” surely must be hard to find both in- and outside of Golden Age mystery fiction. (Also: the police reduced to identifying the passengers of a crashed plane on the basis of their anecdotal description and pre-flight conversation as partially witnessed by a none-too-observant bartender … seriously?!) — That said, the underlying idea is a good one; it would just seem to have required a more skillful writer to execute it.