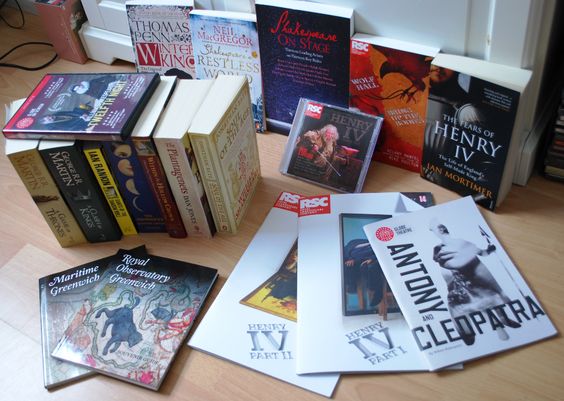 … plus 4 Shakespearean plays in 4 days:

* BT also spotted Martin Shaw in the audience, in a middle gallery section right across from us … (from which moment onwards our attention was, err, divided between the stage and the middle gallery).

** Sam Marks in the performances I saw – I later learned that he’d had all of 20 minutes’ notice that it would be him and not Alex Hassell playing … and boy, did he acquit himself marvelously!