Door 12 — Northern Hemisphere: Read something with snow or ice on the cover or read a ghost story. 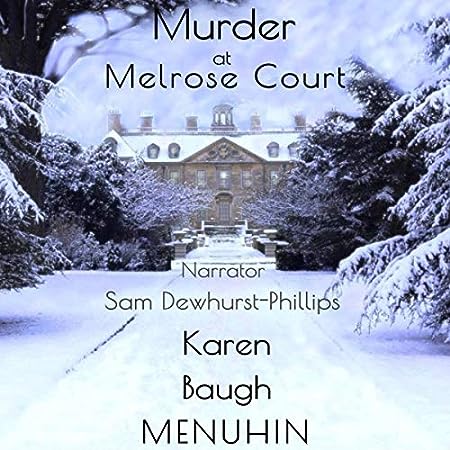 I read the second book of this series, The Black Cat Murders, as my (you guessed it) “Black Cat” square book for this year’s Halloween Bingo, and while there were a couple of things that rubbed me the wrong way, I stil liked it well enough to give book 1 a chance as well. And since the first book happens to be set at Christmas, it seemed only logical to make it part of this year’s Christmas and Festive Tasks books.

This is the sort of book I would probably find a bit too sweet in the tooth during the first eight to ten months of the year, but which I find myself mixing into my reading more and more during the final two to four months, i.e., during Halloween Bingo and Festive Tasks / my Christmas reading: comfort reading with a triple capital “C” — comfort, country house and (more than a few elements of a) cozy mystery; with a well-drawn rural English interwar setting with all the trimmings, a likeable amateur sleuth who somehow manages to be his own Watson on occasion without coming across as entirely TSTL (the first name play on Wuthering Heights is well done, too) — both here and in book 2, the roles of Sherlock and Watson are about equally distributed between him and the (recurring) police inspector officially investigating the murder — and sufficiently well-researched not to make me howl in frustration every other minute. (This latter aspect is true more for this first book than for the second one, however.)

The mystery isn’t terribly difficult to solve once you’ve made one key assumption with regard to certain trope characters who appear in a lot of fiction set during the interwar period, and since I made that assumption literally within minutes of having first met them, the rest was basically a matter of watching our amateur sleuth’s contortions, trying to wind his way out of the trap laid for him by the real murderer so as not to (literally) end up as that person’s fall guy — and in the process, I could have done with at least one plot serpentine less. This isn’t a terribly long book even as it is, but there is one extra complication about halfway through the investigation that is clearly introduced with the sole purpose of preventing the plot from reaching its conclusion even earlier than it does anyway, and as at this point I was absolutely certain both about the whodunnit and the whydunnit, that unnecessary extra wrinkle produced a more than slightly annoyed eyeroll.

Perhaps the biggest plus of the whole series, though, is its audiobook narrator: Sam Dewhurst-Phillips completely owns Heathcliff Lennox’s character and narrative voice in a way I’ve seen (or heard) with few other, even highly experienced narrators; and for his participation alone, I wouldn’t ever even dream of ingesting this series in any other format than as audiobooks. (For his sake, too, I’m even willing to tolerate the audios’ few somewhat more noisome aspects, such as a “dog bark” sound effect for the appearance of Major Lennox’s pet dog.)

It still remains to be seen whether I’ll also feel inspired to reach to a book from this series when the need for comfort in literary form isn’t quite as pressing as it increasingly tends to be in the final months of the year, but I can easily see myself returning to it once more during next year’s Halloween Bingo or Festive Tasks / Christmas reading.