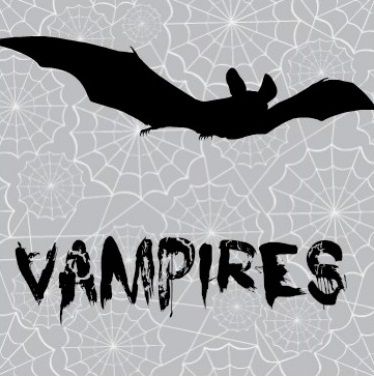 I’d never read anything by Sheridan Le Fanu, even though In a Glass Darkly — the short story collection which includes Carmilla — has been sitting on my TBR for a minor eternity … no pun intended.  So when Carmilla was picked as the “Classic Horror” group read, I made a snap decision to jump in and join, though I’m using this read for my card’s “Vampire” square.

Carmilla predates Bram Stoker’s Dracula by 25 years, and either both authors were equally inspired by the Romanian “Count Drácul” myth and its mountain setting or Stoker took a page and a half out of Sheridan Le Fanu’s book.  Certainly, both vampires have similar attributes; not least their ability to shape-shift into a large mammal (a cat in Carmilla’s case, a dog in Dracula’s), which makes me wonder to what extent vampire and werewolf lore have common roots as well; and in both stories, ultimately a “vampire expert” is consulted and helps bring about the destruction of the vampire, strictly according to the rule book … a stake through the heart coupled with a beheading.

Yet, Sheridan Le Fanu’s story doesn’t begin to come close to Stoker’s in terms of atmosphere, and while Stoker’s Jonathan Harker does actually seek (and barely manage) to flee once he’s clued into who his host is, Carmilla’s hosts — father and daughter alike — keep wondering about with their eyes wide shut until it’s almost too late, and have to be made wise by a friend who made the same mistake at the cost of his young ward’s life.  Sheridan Le Fanu may have intended this approach as a concession to his readers’ expected attitude (“well, really, there is no such thing as vampires”), but Stoker convincingly shows that if you’re writing a book about supernatural monsters, there just comes a point where you have to kiss that attitude goodbye, and the more brutally and straightforward you do it, the more convincing it will ultimately come across.  (Heck, even Anne Rice managed that one better in Interview With the Vampire.)

That all being said, I’ll likely go on to read the rest of In a Glass Darkly, too, even though probably in bits and pieces and not all in a single go.