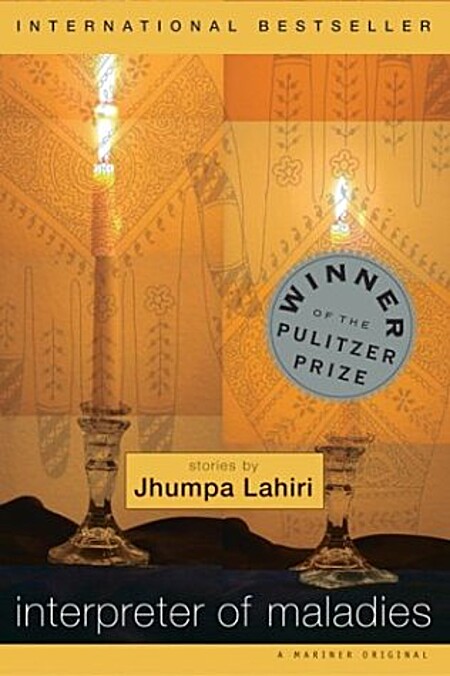 An Interpreter of Maladies is not, as Mrs. Das thinks (and as the reader of Jhumpa Lahiri’s stories may initially be thinking, too), a medical doctor or a psychologist; someone who interprets the origin and meaning of his patients’ various illnesses and malaises and then prescribes the adequate treatment. No: an Interpreter of Maladies is someone who helps them communicate, who speaks the patients’ language and is therefore able to translate their personal representation of their feelings to the listener who then, in turn, must come up with his own interpretation of those representations.

And like Mr. Kapasi, the improbable hero of this collection’s title story, Ms. Lahiri merely gives an account of her characters’ feelings and situation in life at one particular moment – she rarely judges them, nor does she strive to tell the entire story of their lives; even where, as in “The Third and Final Continent,” the narrative covers several decades, it is truly only one brief but crucial period which is important. No sledgehammer is being wielded; Lahiri’s tone is subtle, subdued – like any good interpreter, she talks in a low voice, just loud enough for her listener/reader to understand; and you have to want to listen to her. If you expect her to shout, to force her account on you in bullet points and bold strikes, you will miss the many finer nuances in between.

Jhumpa Lahiris heroes are Asian and American, they live in India, Pakistan, London and the U.S., and they eat (and painstakingly slowly prepare) delicious, spicy and flavorful food. Many of the stories deal with emotions and life situations which, although they happen to be experienced by Indians and Asian Americans here, are truly universal – the slow and unspoken death of a marriage (“A Temporary Matter”), prejudice against the unknown, particularly when it comes in the form of an illness (“The Treatment of Bibi Haldar”), the frustrations of a life of unfulfilled promises (“Interpreter of Maladies”), and the multilateral deceptions of marital infidelity (“Sexy”), blunted by the trappings of middle class materialism (again, the title story).

Most of Lahiri’s Asian American protagonists belong to the “intellectual” upper middle class suburbian population of Boston and other East Coast cities. While on the one hand this is a plus, because that is the author’s own background, too, and therefore a segment of society she can describe from personal experience – which also allows her to make these characters particularly accessible – it on the other hand provides for the story collection’s one deficiency; in that it renders her portrayal of Asian Americans (whether recent immigrants or second- and third-generation U.S. citizens) unnecessarily unilateral, to the point of bordering on stereotype – more precisely, the Indian version of the stereotypes generally associated with this part of society. Nevertheless, most of Jhumpa Lahiri’s often unlikely heroes are portrayed in great depth, and many of them with a lot of sympathy for their humanness and shortcomings. In the best sense of her adopted role as an interpreter of her protagonists’ maladies, it is this delicate understanding and empathy which ultimately carries the tone in Lahiri’s writing and which makes her reader want to listen, and to come up with his or her own interpretation of each of these stories.