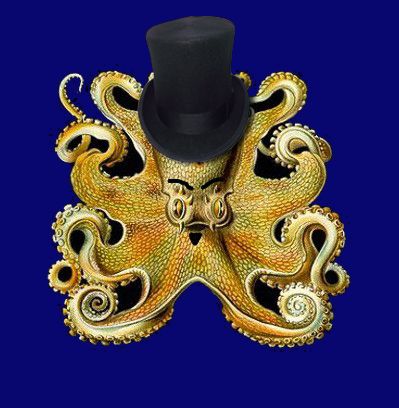 Less Than What It Could Have Been

OK, so I admit I didn’t check on the authors’ scholarly credentials before picking this up — if I had, I might not have been so disappointed to find that this is not, after all (not even in part) a book dealing with the way in which skeletons help the creatures populating today‘s world live their lives the way they do.  (The authors are paleobiologists.)  So that one is probably down to me alone, but it still made for more than a bit of a deflating discovery.

(Not that I don’t like paleobiology.  It just wasn’t what the book’s title primarily suggested to me; and even less so, the subtitle.)

That aspect aside, though, as Elentarri already noted, this is chiefly an overview of the different types of skeletons that have ever existed on Earth; and here’s where I really expected more — more depth, that is, decidedly not more breadth.  Chapters 2 and 3 in particular (the book’s two longest individual chapters) are essentially a run-down of every major type of skeleton-equipped creature in existence, all the way back to the Cambrian explosion and forward again from there, which only resulted in making my head spin.  Rather than going on, in the subsequent chapters, to extend the definition of “skeleton” to things not typically associated with that term (pretty much everything from trees to medieval iron-plated armour and space exploration rovers like Curiosity) and trying to prove the validity of that broad definition, I would really have appreciated it more if the authors had (1) limited themselves to a few meaningful examples showing the development of exoskeletons (chapter 2) and endoskeletons (chapter 3) over time, and (2) used more of the available page space explaining how their respective skeletons worked for these animals in particular, and how they evolved to adapt to the changing conditions of their environment.  By the time we got to chapter 7 (“Flying Skeletons”) especially, I was hoping for just this type of contents, as for once the chapter title sounded specific enough to suggest just this, but again, unfortunately, the same approach as before prevailed.  Equally disappointing — though perhaps tell-tale as to the authors’ approach — was the fact that they kept trotting out that generalizing “birds are dinosaurs” line without any sort of explanation or qualification whatsoever.

That said, there is no question that this is a book written by two scientists who not only know but truly care about their stuff, and who can write about it without resorting to rhetorical fireworks all the time — which made for a very nice change compared to some of our recent Flat Book Society reads.  In fact, my disappointment with the superficiality of the contents stems precisely from the fact that these are authors who very well could have provided more depth if they had chosen to; and they could have done so without wasting half the available page space on hyperbole.

So in summary, if you’re just looking for an overview of all the types of skeletons and skeleton-equipped creatures that have ever existed, plus a bit of (sketchy but factual) biographical information on some of the past heroes (and heroines) of paleobiology and geology, this is your book.  Just don’t expect much of the information being provided to be extended to the creatures populating todays world, and none of it to focus on how the skeletons of today’s creatures equip them for their respective lifestyles — let alone, how precisely the human skeleton evolved to its present makeup and what (other than well-known factors such as our brains, erect gait and opposable thumbs) has allowed us to gain such preeminence that we’ve pushed pretty much every other mammal to the sidelines worldwide and are in a fair way of achieving the same even with creatures that have so far always vastly outnumbered us (such as insects).

* Note to self: If you want to know about present-day life on earth, don’t read a book written by paleobiologists.

* After all these millions and millions of years, it still all comes down to plankton.  Kill off the plankton in our oceans, and we’re doomed.  (Not the planet as such.  Just us, and pretty much any and all other currently-existing creatures, too; regardless whether landlubbers or oceanic.)

* Scientists love science fiction movies, because they love to point out where the “science” in those movies fails.  It’s still a good thing, though, that they’re neither in charge of movie making nor of public safety, at least not in any scenario even remotely like those typically portrayed in science fiction movies.  Because I really don’t believe it would go down well — either in a movie or in real life — if in the face of an attack by swarms of giant spiders, or similar exoskeleton-clad monsters, public safety officials were to tell people, “Relax, we just need to wait until they’re going to moult … then we’ll get them.  Until then, it’s probably a good idea if you don’t leave your houses (ever), because yeah, these are man-eaters and they’re bigger than us and they’re out there to get you.  And no, we don’t think they’re all going to moult at the same time, either.  But hey, it can only be a matter of time until they do, right??”