Task 1: Are there any places or events that are particularly spiritually meaningful to you this time of year? Share a picture or description with us.

There are, and it’s put a damper on my Christmas not to be able to go there this and last year. Neither my mom nor I are major church goers, but Christmas service has been a fixture in our life as long as I can think; while I was growing up, in a church to the north of the area where I’m currently living (the church to which we belonged then, and where I was also confirmed) — photos bottom left and center –, and for the past 15 years or so, in the church in our current neighborhood (photo bottom right). These are Protestant churches, so I wouldn’t even get inside to take pictures out of regular service hours if it wasn’t for the pandemic; as it is, it’s definitely impossible at the moment, so all I can include here are photos showing the outside (obviously taken in spring / summer, not in winter).

As for this and last year, it’s not that services didn’t take place, but my mom turned 83 this year, and even with a booster shot, masks and 2-meter minimum distances we agreed that she shouldn’t take the risk to attend. (Besides, neither of us felt much inclined to go through the extra bureaucracy of registering for participation in the services to be able to get in in the first place.) So we made the most of the Protestant service broadcast on TV instead … which of course wasn’t quite the same thing. Not the fault of those who had organized those services, and who really had put a lot of thought into it, but — well, essentially it was TV, not real life. 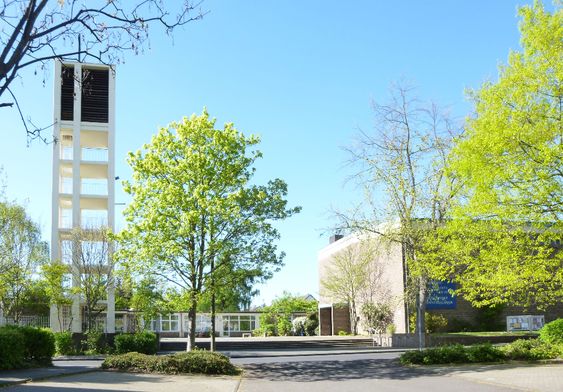 Task 2: In today’s society, particularly in the so-called ”First World”, many people struggle to find meaning in a season where the focus on materialism and/or commercialism seems to have overtaken all other elements. Do you struggle to balance this, and, if so, how do you manage it?

I “manage” it by essentially ignoring it. As I said elsewhere, on the one hand I find the fact that Christmas ware seems to be hitting the shelves earlier and earlier every year atrocious; but OTOH, as I can’t do anything about it — other than exercising my right as a consumer just not to take the bait — I’ve decided to simply ignore the whole thing, which in recent years has been made all the easier by the fact that I’ve been so infernally busy right up to Christmas that I didn’t have any time to brave the crowds repeatedly and for extended periods anyway. Which in turn was just as well as far as shopping was concerned … except that it left me completely wiped out during the holidays just about every single year, and more often than not again on New Year’s Eve and Day (this time around is no exception), which is also very much something I could do without.

Task 3: Would you like to bring more spirituality into your winter holiday season? Come up with an idea to put into practice, and then let us know how it went!

Simple: Remove all of my work load from, say, December 15 through the end of the year, and actually give me some breathing space. Which, unfortunately, is not about to happen anytime soon, so for the time being it’s a very nice dream but nothing more.

Task 4: The town of Caerphilly in Donna Andrews’s Meg Langslow mysteries is known for its Christmas traditions, which not only encapsulate the spirit of the season as understood in Christianity, but often also incorporate elements from other cultures and holidays (e.g., Diwali, Kwanzaa, or Hanukkah).
If you are part of a church or other spiritual community: Has your community ever done something similar, or has it maybe even found a way to give a nod to other religions’ ”end-of-the-year” holidays as part of its annual traditions? Or: Have you ever participated in the celebration of an important holiday from a culture other than the one you were born into — or is there such a tradition that (whether or not meaningful to you personally) you would like to experience at least once in your life?

I have, and these were actually among the most memorable occasions of my entire life. I’m born a few decades after WWII, but still close enough to the war for Jewish communities to still be in the process of reestablishing themselves in Germany. They were beginning to become part of society again more and more, but for many Germans of my generation it was not necessarily a matter of course to have Jewish friends or experience Jewish family or community life the way we might, for example, experience community life in another branch of Christianity. (E.g., I went to a Catholic high school, so even though I am Protestant, Catholic mass was something I had ample opportunity to experience and frequently did.) — My high school class was invited to Bonn’s main synagogue for a Shabbat service once, but even though the community did their very best to make us feel welcome, the whole thing had “learning experience” written all over it and hardly felt natural.

So it would actually take all the years until I moved to the U.S. for me to be around Jews as part of my everyday life experience. And during those years I had different Jewish colleagues and coworkers who generously invited me into their homes and families on several occasions; both for their Passover Seder and for Hanukkah — with full participation, reading of the texts, explanations what was being done and why, etc. Those days and evenings are etched into my memory forever, and I was and am deeply appreciative of the welcome they extended to me. 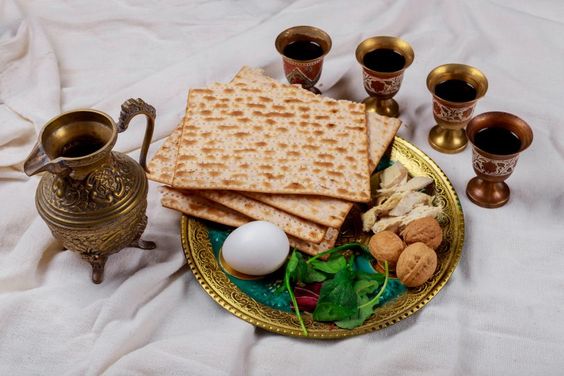 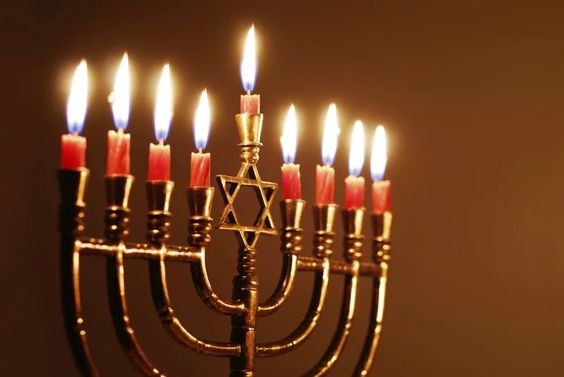 As for a tradition I have yet to experience and would like to, that would be Semana Santa in Spain. This particular expression of Catholicism feels incredibly alien to me, despite having attended a Catholic high school, so it has absolutely no meaning to me personally. But I’ve seen Catholic processions in Spain (and Italy) on other occasions, which have given me an impression just what the full Holy Week program must be like; and I do think it must be an awe-inspiring (and probably also rather chilling) experience. 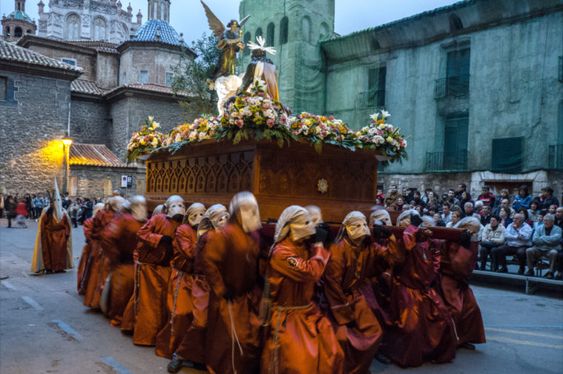 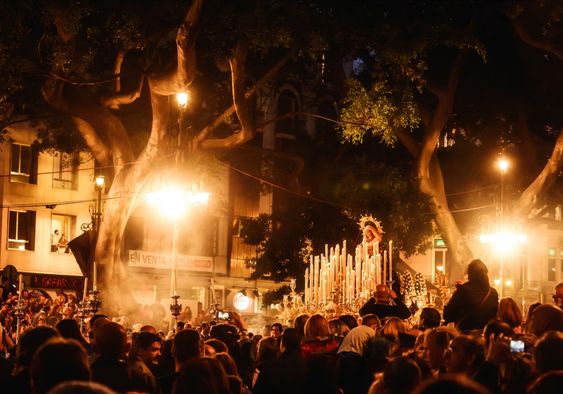 One thought on “Holiday Spirituality”