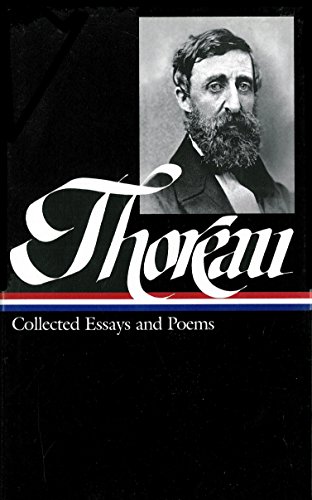 Henry David Thoreau, born in Concord, Massachusetts, on July 12, 1817, was one of the co-founders and most influential representatives of the philosophical school known as “Transcendentalism.” (Others include fellow Concord residents Ralph Waldo Emerson and Bronson Alcott, reformist teacher and father of Louisa May Alcott.) Thoreau’s life centered around his home town; yet, as his writings reflect, he was very familiar with all major philosophical schools of his time, not only those developing in America but also the writings of Kant, Goethe, Schiller and Hegel – indeed, the very term “transcendentalist” derives, as Emerson explained, from Kant, who had first recognized intuitive thought as a kind of thought in its own right, holding “that there was a very important class of ideas … which did not come by experience, but through which experience was acquired … [and which] were intuitions of the mind itself.” These were the ideas which Kant had called “transcendental forms.” (Or, as Thoreau himself once put it in his Journal: “I should have told them at once that I was a transcendentalist. That would have been the shortest way of telling them that they would not understand my explanations.”)

To this day, transcendentalist philosophy, and Thoreau’s work in particular, has proven enormously influential – on the program of the British Labour Party as much as on people as diverse as spiritual leaders Mahatma Gandhi and Martin Luther King Jr. on the one hand and rock star Don Henley on the other hand. Henley in the 1990s even went so far as to found the Walden Woods Project, teaming up with the Thoreau Society to preserve as much as possible of Walden Woods and the land around Concord, and foster education about Thoreau. Yet, during his life time only few of his many works, now considered so influential, were published, and even those did not find wide distribution. “I have now a library of nearly nine hundred volumes, over seven hundred of which I wrote myself,” he commented on the poor sales of his “Week on the Concord and Merrimack Rivers.”

This collection, one of two Library of America volumes dedicated to Thoreau’s works and edited by renowned Thoreau scholar Elizabeth Hall Witherell, presents the majority of his essays and poems, from well-known works such as “Civil Disobedience,” “Life Without Principle” and “Walking” to a large body of lesser known (but just as quotable!) writings and loving observations of nature (“Autumnal Tints,” “Wild Apples,” “Huckleberries”). A companion volume, edited by Robert F. Sayre, contains Thoreau’s four longest publications (“A Week on the Concord and Merrimack Rivers,” “The Maine Woods,” “Cape Cod” and, of course, “Walden”) – thus omitting from the Library of America series only his extensive journals and the posthumously published “Faith in a Seed,” a collection of four manuscripts left partially unfinished at Thoreau’s death in 1862 and published for the first time in the early 1990s, to much fanfare among Thoreauvians the world over.

Introspective to a fault, the man who once built a cabin on Walden Pond and for over two years lived the life of a hermit, was also a keen observer; of nature as much as of the world surrounding him. The shallowness and greed he saw in so-called “civil” society filled him with skepticism (“intellectual and moral suicide,” he scoffed in “Life Without Principle”) – and with the tireless need to encourage free thinking and personal independence. “I wish to speak a word for Nature,” he thus opened his essay on “Walking,” and explained that he sought to make a point in favor of “absolute freedom and wildness, as contrasted with a freedom and culture merely civil, – to regard man as an inhabitant, or a part and parcel of Nature, rather than a member of society.” And he went on to mourn the fact that few people were truly able to walk and travel freely, to leave behind the social bounds that tied them down, and to open up to nature’s beauty. This, of course, echoed his famous statements in “Walden” that “the mass of men lead lives of quiet desperation;” that however, as he had learned by his “experiment” on Walden Pond, “if one advances confidently in the direction of his dreams, and endeavors to live the life which he has imagined, he will meet with a success unexpected in common hours.” And this was the same spirit who, staunchly opposed to both slavery and to the Mexican War, would rather spend a night in jail than pay his taxes, and who summed up his posture in “Civil Disobedience” by saying that “I think that we should be men first, and subjects afterward. It is not desirable to cultivate a respect for the law, so much as for the right” – a statement echoed roughly a hundred years later when Mahatma Gandhi told an English court that he believed that “non-cooperation with evil is a duty and British rule of India is evil,” and also resonating through the publications of many an American civil rights leader, first and foremost Martin Luther King Jr.

While I had read much of Thoreau’s work already before I discovered the Library of America collections, I am extremely pleased to see the majority of his body of work reunited in two volumes in this dignified series. For one thing, while there are innumerable compilations containing “Walden” and some of his other better-known works, it is still difficult to get a hold of Thoreau’s lesser known essays and poems. Moreover, though, and more importantly, reading his works in the context provided by this collection makes for much greater insight into the man’s personality, and his philosophy as a whole. While a biography certainly adds perspective, nothing surpasses the experience of reading Thoreau’s works in context – and in the context of the works of other Transcendentalists, first and foremost Emerson. This is a true literary treasure: to behold, cherish and read again and again.