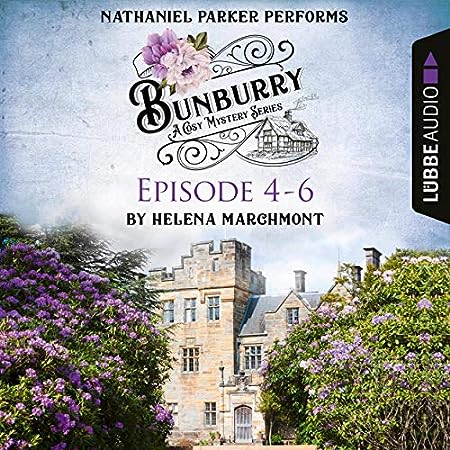 Miss Marple meets Oscar Wilde in this new series of cosy mysteries set in the picturesque Cotswolds village of Bunburry. Here, fudge-making and quaffing real ale in the local pub are matched by an undercurrent of passion, jealousy, hatred and murder – laced with a welcome dose of humour.

DEATH OF A LADIES’ MAN:

The summer tourist season is in full swing. Among the visitors is Mario Bellini, a gelateria owner with film-star good looks, who is considering opening an ice-cream parlour in Bunburry. But shortly after his arrival, he is found dead – a tragic accident, or something more sinister?

Deb’s Beauty Salon becomes the last resting place for merry widow and property magnate Eve Mosby, whose passions include haute couture and a young lover. Plenty of people disliked Mrs Mosby, but enough to kill her?

Oscar will brave the Cotswolds for the first time! Alfie has tried for months to convince his best friend to visit him – but when a glamorous High Society Party in honour of celebrated actor Dorian Stevens is announced, Oscar just can’t resist. He is – after all – Dorian’s greatest fan and can’t wait to meet his hero. But the evening at the lovely Saville mansion takes a murderous turn…

I’m really taking to this series, in this second triple of novellas even more so than in the first three. I hope books 7-9 won’t be the last they’re (re)publishing as a three-book bundle … (so far, alas, that seems to be the case).