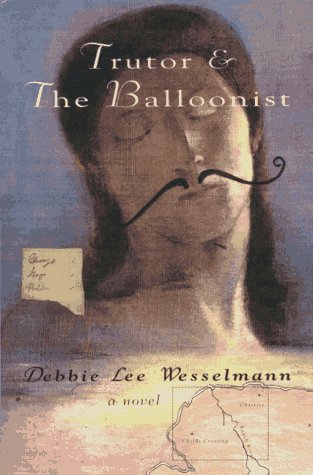 Of Human Bondage and the Power of Free Will

Every so often, a literary critic publishes an article decrying the decline of fiction writing and the preference given to convoluted prose, weighty with cleverness and self-importance, over clarity of style and truly inspired storylines. Yet, much as I agree with the writers of these articles, I can’t shake the feeling that they are solitary voices in the wilderness. Why else, I wonder, should it be that an author whose short story collection “The Earth and the Sky” has been described as “an elegant debut” by none other than the New York Times Book review, and “lucid” by Publishers Weekly, is not yet a household name?

Published the same year as the aforementioned short story collection, “Trutor and the Balloonist” is Debbie Lee Wesselmann’s first novel; a captivating tale of art, relationships and long-buried secrets set in a small New Hampshire town. Part literary fiction in the best sense, part murderless mystery, it tells the story of Michelle Trutor, originally from Boston but currently staying with the Wharton family in Derbysville, NH, and the various members of that family. Notable among the latter are especially the twins Proctor and Arthur (nicknamed “the Balloonist” by Trutor because of his outlandish reading glasses); and Caroline Wharton, as Arthur explains to Michelle their adoptive sister, who raised them in her parents’ stead after they were found abandoned on the Whartons’ doorsteps. Although Caroline has been dead for a full 16 years, she still holds an almost unholy ban over the twins and their niece Roberta, who shares a forced tenancy of their home with them; due in equal parts to the devilish terms of Caroline’s will and to the power she wielded over them when she was alive. To break that spell, Arthur Wharton now asks Trutor to write Caroline’s biography; a task he feels neither legally nor psychologically up to performing on his own. Trutor, recently escaped from an abusive relationship, eventually accepts as a way to keep herself occupied and refocus her life. Soon she finds herself in the middle of a stack of Caroline’s notebooks, tracing the life of a woman who kept most of her affairs a secret even to those closest to her, and following clues left in her diaries, in riddles, in a mysterious map drawn by Caroline, and in masterpieces of art from various centuries.

“Trutor and the Balloonist” combines a contemporary writer’s exquisite storytelling with psychological insight and old-fashioned mysteries in the style of Agatha Christie and Dorothy L. Sayers (for the riddles, think of Christie‘s “Partners in Crime: The Clergyman’s Daughter” or Jane Austen‘s “Emma”). The novel’s most fascinating character is without doubt Caroline Wharton, a complex, highly intelligent woman with an artist’s understanding of beauty but also of sheer incomprehensible ruthlessness; capable of great sensitivity but beset by the idea that nobody is remembered for their good deeds, only for their cruelty. As Caroline’s secrets are peeled away layer by layer, the reader also finds out more about the rest of the Wharton family, a rather eccentric clan at first sight but emphatically drawn, three-dimensional characters all of them, who only gain in personal dimension as the story progresses. And while Michelle Trutor learns to confront her personal ghosts, the story explores violence and abuse: not in its headline-grabbing, garish forms but that of its daily occurrences in many a family.

Vivid, lyrical and on occasion subtly humorous, Ms. Wesselmann’s prose is of an appealing simplicity; no word is wasted, not a single image gratuitous. She instantly places the reader into her story’s location; and the colorful beauty of New England’s Indian Summer, the heavy whiteness of its snow-laden winter, the vast expanse of its woods and mountains, and the serenity of its stately Victorian houses and historic towns combine to provide a rich background to a story that seems unimaginable in any other place – with the possible exception of Christie‘s and Sayers‘s (or, for that matter, Jane Austen‘s) Britain; although Michelle Trutor is very much a woman of our age, even if some of the novel’s other characters could have been created by one of the great British queens of crime. This is a novelist I’m glad to finally have discovered; and I am very much looking forward to reading more of her work very soon.

My first is the last one you ever want to see
Once you’ve got rid of them, finally free.
My second holds information to all life on earth:
Your eyes, nose and hair, a plant’s gentle mirth.
My third is the time of the soul’s purification,
Of sack cloth and ashes, and self-deprivation.
My whole’s what I think of this writer’s creation:
Her first novel? Pah! Would she were known throughout the nation!

“Through our maps, we willingly become a part of their boundaries. If our home is included, we feel pride, perhaps familiarity, but always a sense that this is ours. If it is not, we accept our roles as outsiders, though we may be of the same mind and culture. In this way, maps can be dangerous and powerful tools.”