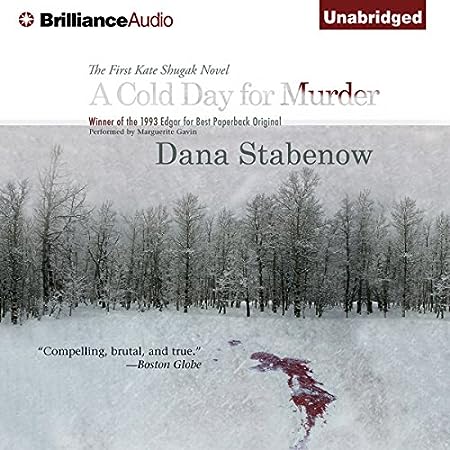 Eighteen months ago, Aleut Kate Shugak quit her job investigating sex crimes for the Anchorage DA’s office and retreated to her father’s homestead in a national park in the interior of Alaska. But the world has a way of beating a path to her door, however remote. In the middle of one of the bitterest Decembers in recent memory ex-boss — and ex-lover — Jack Morgan shows up with an FBI agent in tow. A Park ranger with powerful relatives is missing, and now the investigator Jack sent in to look for him is missing, too.

Reluctantly, Kate, along with Mutt, her half-wolf, half-husky sidekick, leaves her wilderness refuge to follow a frozen trail through the Park, twenty thousand square miles of mountain and tundra sparsely populated with hunters, fishermen, trappers, mushers, pilots and homesteaders. Her formidable grandmother and Native chief, Ekaterina Shugak, is — for reasons of her own — against Kate’s investigation; her cousin, Martin, may be Kate’s prime suspect; and the local trooper, Jim Chopin, is more interested in Kate than in her investigation. In the end, the sanctuary she sought after five and a half years in the urban jungles may prove more lethal than anything she left behind in the city streets of Anchorage.

Intense and atmospheric: yet another series I should have started a lot earlier.