Clarice Lispector: The Hour of the Star 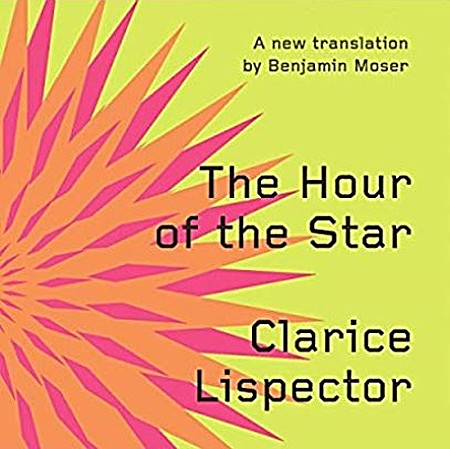 Probably full of literary merit — but decidedly not my jam.

I wasn’t planning to write a review of this book, but since I already voiced off in a PM, I might as well copy my thoughts into a post after all.

Long story short, I’m finding, once again, that a combination of art- and purposefully deconstructed speech and a virtually plotless description of drab lives — or A drab life — just isn’t my kind of thing. Fortunately it’s a short book — picked deliberately because I had a premonition Lispector and I wouldn’t get along — but all the time while I was listening all I could think was, “OMG, and this is what they preferred to Barbara Pym in the 1970s …”

There were moments when I thought, if only my Portuguese were sufficiently up to snuff for me to be able to read this in the original; maybe I’d be able to pick up on some note or subtext that just got lost in translation.  But if the translator’s afterword is to be believed, the reverse seems to be true — according to him, while people with only a limited understanding of Portuguese may actually be able to make some rudimentary sense of the book, it’s a seven-times-sealed box to the average Portuguese mother tongue speaker.  This has to be the first time I’m hearing that it’s actually harmful rather than helpful to be fluent in a given language in order to be able to understand a book written in it.

(The translator, who also wrote a biography of Lispector, goes on to describe that the original passages from her works that he quoted in his biography did not pass the muster of several copy editors in the Portuguese edition of that biography … they all insisted on “amending” what they believed to be his own (flawed) sentence structure and punctuation.  So, he tells us, much to Lispector’s fury also did the French translator of Lispector’s very first book, in an attempt to make the book more palatable to French readers.)

And if Lispector’s prose is, though no doubt highly artistic, also so construed and littered with sentences devoid of any meaning as to make it impossible to follow (especially in the first roughly 1/3 of this book), the audio narration made it even worse. Note to self: If encountering Melissa Broder ever again, run, don’t walk away. Obnoxiously squaky, reading as if by rote, and with no sense of intonation — and also clearly zero feeling for the text she was reading (which is partly down to Lispector herself … but not entirely).  I was seriously tempted to DNF and quite honestly only finished listening to it in order to be able to check off Brazil on my world reading map chart — though I do hope I’ll find a better representative of Brazilian literature after all.  (Hopefully even a woman writer: I’m currently looking at Dora Doralina by Rachel de Queiroz, which MR reviewed a while ago IIRC, as well as Lygia Fagundes Telles, and, on BT’s recommendation, Patrícia Rehder Galvão.  Further recs most definitely welcome.)

One thought on “Clarice Lispector: The Hour of the Star”