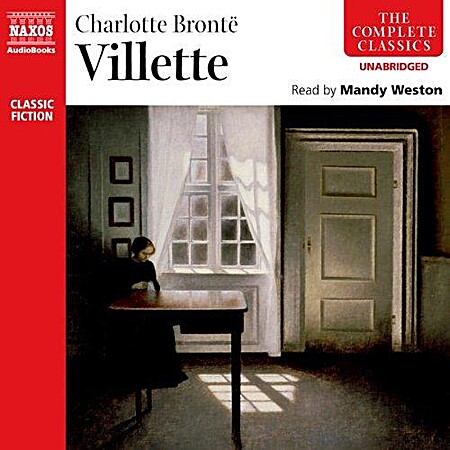 Villette was one of the Brontë sisters’ few mature works I had yet to read (besides Charlotte’s The Professor — which is actually the first version of what would, after a major revision, become Villette — and the opening fragment of the substantially unfinished Emma, as well as most of the siblings’ juvenalia).  It was, thus, a logical choice in the April “literary birthdays” category.

Like most of the Brontës’ novels, this book is partially based on personal or family experience (and vastly more so than, e.g., Emily’s wildly Gothic Wuthering Heights). Charlotte Brontë herself had spent time in Brussels, first as a student and later as a teacher, and this novel’s eponymous location, though fictional, is clearly based on the Belgian capital.  The same is true for the heroine’s experience there, which to some extent runs parallel to that of the author; including her growing affinity for one of the teachers at her own school.  The novel takes a bit of time to get going; though knowing the my Haworth ladies, I had every confidence that the idyllic opening chapters were necessary to establish the background for events occurring later on, and that proved to be the case indeed.  And once our heroine, Lucy Snowe — now grown up — is left penniless, destitute, and without friends or family, we’re in classic Brontë territory and things quickly become interesting.  By this time I had long developed a fondness for Lucy based on her narrative voice alone — or more precisely, the ostensibly third-person narrative voice, which however relates the events, for about 99% of the book, strictly from Lucy’s perspective –; and which, like those of Jane Eyre and Shirley, shows her to be a woman of both head and heart: independent and able (indeed, insistent) to be her own woman (regardless of society’s expectations and the limitations imposed by social convention), clear-eyed, not easily ruffled by adversity, charitably disposed even towards those not obviously deserving her good will, and courageous to a fault: In an age when traveling alone even as far as a day’s coach ride was a substantial undertaking for a woman (particularly so, a young, unmarried woman), Lucy not only braves the uncertain roads of her homeland but even the wild, seasickness-inducing waters of the Channel and, subsequently, although she does not speak a word of French, a night alone in a coastal inn and again, the next day, the coach journey on to Villette, solely on the basis of a chance remark by a new acquaintance on board ship, even though she doesn’t know a single person in that foreign town; in the hope of securing the position casually mentioned by her traveling companion.  That’s some pluck — and yet, but for the uncertainty of the employment position, it closely mirrors what Charlotte Brontë herself had experienced at a comparable age.  I think it’s important to bear this in mind lest one be too tempted to consider the Sisters B. as regionally circumscribed Yorkshire authors, solely because they chose to set most of their fiction in the part of England where they also spent most of their own way-too-short lives.

Lucy’s life at the school in Villette is not a bed of roses, though compared to others in her situation she is still very lucky, and I greatly enjoyed watching her making her own way there solely on the basis of her own gifts.  I might have wished Lucy’s first love in Villette to have been rewarded in the end, but then, that is probably my personal prejudice more than anything else; as is my profound objection to the man on whom she chooses to bestow her affections next (I kept yelling “no, no, no, don’t go there” more and more frequently as the novel progressed), based on his character and his attitude towards Lucy as much as based on his views on women and religion generally.  To do him justice, he ultimately redeems himself in a manner I wouldn’t have foreseen: A friend who recently also read Villette suggests in her review that Brontë just might have been wanting to have her cake and eat it, too, as far as this gentleman is concerned; and given the novel’s ending — as well as the fact that this is the character who is based on Brontë’s own (thoroughly unhappy) love interest in Brussels — that is probably only too true.  Yet, I just may opt for one of the Brontës’ juvenalia as my next experience with the siblings’ works (or a reread of Shirley); right now, I don’t much feel like encountering the same gentleman again, and probably in even more predominant form, in this novel’s original version (The Professor) anytime soon.