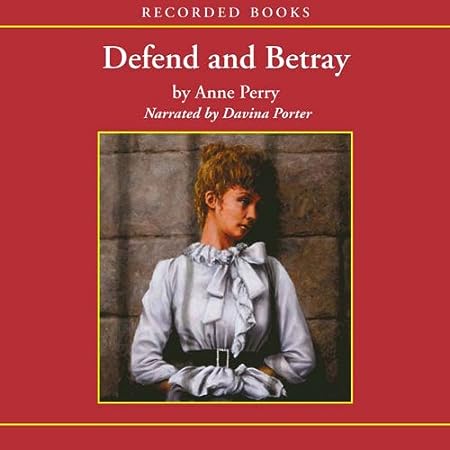 Oh dear, oh dear.  That escalated quickly … within a mere three books, this series has already turned into repeat instances of “coincidence dressed up as Hester Latterly’s current client saves the day because Monk is too busy being mad at everybody (including himself) to do any investigating, and Hester is too busy trying to look in control and ahead of her time while fighting the urge to run around like a headless chicken.”

The only person who still seriously rocks, even in this book, is Rathbone — which given Perry’s own history is perhaps not surprising, although it may also have been fortuitous in establishing her career that she started publishing before the advent of the internet, or at least before the advent of the social media age.  In any event, it is obvious that in creating her court scenes, Perry makes hay of her personal experience — as well as, probably, the analysis of broadcast trials such as that of O.J. Simpson and, who knows, perhaps also John Mortimer’s Rumpole series (books and TV); the man did know what he was writing about, after all.  (Also, there are cross examination guides for young trial attorneys all over YouTube, plus of course oodles of instruction books, complete with anecdotes and all.)

However, some of Perry’s court scenes are seriously reverse-anachronistic (i.e., this likely wouldn’t have gone down quite the same way back in Victorian times as she’s framing it based on her own 20th century experience).  And what is even worse, in this particular book Perry is getting the psychology completely, abjectly, utterly wrong; particularly so, the psychology of the child witnesses concerned.

I actually read this book quite a while ago already, but so far haven’t written a review, chiefly because I can’t adequately discuss its contents without revealing its ultimate solution and a series of events that only happen in the very last part — quite apart from which, for the longest time I basically just felt like washing out my mouth, reaching for the nearest supersized tin of brain bleach and moving on.  Now having composed a longish rant elsewhere, though, I’ve decided to essentially copy and rework those comments into a review after all — BUT be warned, I will be discussing key points from the book’s final section here, including the book’s ultimate solution, so if you haven’t read it yet and are still planning to do so, you may want to stop here or, at most, after the next two paragraphs.

The plot’s premise is “woman is accused — and perfectly willing to plead guilty — for murdering her husband, a well-respected officer, formerly of the Colonial Indian Army.  Everybody thinks this must all be a huge mistake and she’s willing to take the blame for someone else. Hester is brought in by a member of the accused lady’s family (younger sister or cousin IIRC), and she in turn ropes in Monk and Rathbone.”

For most of the book, Monk and Hester pretty much don’t get anywhere at all, despite some pretty frantic activity.  (Or, well, Monk has nightmares that eventually lead him to briefly reconnect with another lady for whom he used to carry a torch (of course, also a woman he fervently believed to be innocent), only to determine he really doesn’t care for her that much anymore and she’s better off where she is now, happily married to someone else.)  Only in the book’s final part — and after much coincidence, deus-ex-machina business and assistance by Hester’s client of the hour …

… it turns out that the accused lady’s husband is a serial abuser, not only of his own very young son but of (probably) countless young men who were under his command (and thus, entrusted to his care) in the Army.  And what’s worse, he himself had been groomed in turn by his own father, also a high-ranking officer, whose identical perversions (“such minor foibles, easily overlooked”) were concealed from the world by his status-conscious wife (the murdered man’s mother).

Rathbone brings it all to a crashing tumble in the final court scenes, with the help of the murdered man’s son, who frankly and cheerfully tells the assembled court (in a public hearing with the courtroom packed to the rafters) all about what’s been going on, once he’s been brought to understand that nobody will be mad about him for revealing the “big secret” that he’d sworn Daddy not to ever talk about (because that’s what’s making the whole thing so very special after all — seriously, his only significant qualms are about blurting out a sworn secret, not what Daddy had been doing to him to demonstrate his “very special love”).  After which, much shouting and outrage in court at the perverts, much rejoicing at their instant arrest, and much sympathy for the poor mother who didn’t know how else to protect her son other than killing her own husband (and who gets off with basically just a slap on her hands).

Seriously, my head was swiveling so fast I was going from nausea to whiplash and back in constant rotation.  THAT ending — in a Victorian court???  In a society that didn’t even publicly recognize that there was such a thing as child abuse, and if it happened, was all too happy to protect the abusers, particularly if (like here) they held positions of high social status???  And THAT behavior (and testimony) on the part of the abused child???

I don’t have anywhere near the experience with child abuse cases that a former fellow BookLikes blogger has, but they did feature in my day job once upon a time in a galaxy far, far away.  Based on that experience, the whole concluding sequence of this book is ludicrously nonsensical, psychologically speaking. I have seen abused children as witnesses in court. I know just what amount of work (on the part of psychiatrists, psychologists, social workers, counsel, friends and family, etc.) goes into getting them just to be able to trust again and function with a semblance of normality in daily life, even without having to face their abusers anymore.  I know how incredibly gut-wrenching it is for them to finally face their abusers in court, let alone speak up about their experience before strangers, such as in a court setting — even if it is a NON-public trial (as child abuse cases are in Germany, for the protection of the victims; or at least the hearings at which the child victims are examined are not open to the public).  I know about the abusers’ “oh, you’re so special to me trap” (which the child victims sense to be wrong from the start, however much some of them might initially want to buy into it, and which is precisely the thing that destroys them in the end).  Perry may have drawn inferences from her own experience as a child witness (and, in fact, child accused) in a murder trial for the ending of this book, but all issues of procedure and probable legal reverse-anachronism aside, trust me, psychologically that is leagues away from a severely and constantly abused child’s experience (and testimony).

As for the fictional treatment of the child abuse issue, give me Elizabeth George’s A Great Deliverance any time. It’s a modern setting and it doesn’t actually feature a trial, but she pretty much nails the psychology — on all sides concerned, as a matter of fact.

The only reason why Monk #4 is still on my TBR after my experience with this particular book (no. 3 in the series) is because the audio is read by Terrence Hardiman (Abbot Radulfus in the Brother Cadfael TV adaptations — I’m rather a fan of his audio narrations).  Otherwise, after this utterly ridiculous and wrong-on-all-levels attempt at a late-Victorian narrative featuring same-sex child abuse, complete with frank and wholly unconcerned public court testimony by the abused child as the story’s “crowning moment”, I’d have thrown the towel.  Perry really has to do a LOT better if I’m to continue with the Monk series AT ALL after the utter shambles that was this book.

And I think now I’m going to have the drink I already promised myself after first posting these comments on BookLikes.  I seriously need something to cheer myself up again.