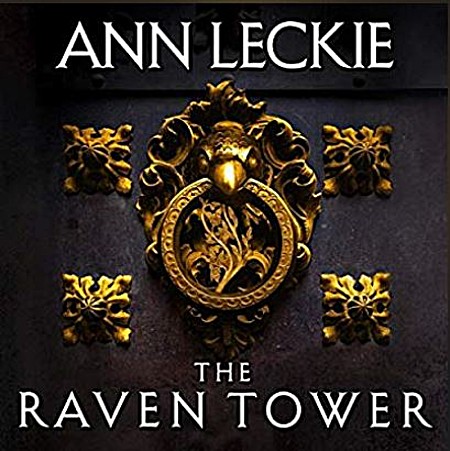 Though the mills of God grind slowly, yet they grind exceedingly small.

Not being much of a science fiction reader, Ann Leckie’s work to date hasn’t had much pull for me.  But when I heard her new book was fantasy and had an unusual narrative perspective, I got interested.  I’m glad that, for once, not even the considerable hype surrounding this book kept me from reading it.

In terms of setup, we have the classic “Hamlet” scenario: heir to the throne returns home to find his father deposed and his uncle “on the bench” (to use this world’s terminology) instead, assuring the young prince with all the glibness of a snake oil seller that he (the young prince) is still heir to the throne — which, of course he is.  Technically.  (None of which is a spoiler, btw; it all happens right at the beginning at the book.)

The kicker, though, is indeed the narrative perspective, and not only because it’s in part (though not throughout) in the rarely-used second person — which here worked incredibly well for me (and that’s not necessarily a given) — but also because the book’s narrator is a truly intriguing … um, personality.  To say anything more really would be a spoiler, because if you haven’t heard about this detail before (I had), it’s fun to figure out who the speaker is in the first place, and it certainly isn’t your run of the mill fantasy narrator.  Nor is the narrator’s addressee the prince himself, incidentally, but his “Horatio” — his trusted friend and sidekick, who (this, too, is clear from the beginning; not least because of the narrative setup) is the book’s main character (other than the narrator, of course).

Like many fantasy books, this story is set in an alternate early medieval society; unlike many other fantasy authors, however, Leckie makes no pretense whatsoever that her book’s world is indeed set anywhere other than right here on Mother Earth; in fact, she weaves half the earth’s evolutionary history all the way back to the formation of the first oceans into the storyline, including but not limited the various ice ages, the creation of mountains, and even the the asteroid collision that (probably) killed off the dinosaurs.  (Having just finished a nonfiction book by two paleobiologists for the Flat Book Society, I had to laugh out loud when trilobites made an appearance … by that very name.)  Some of this stuff may have been expendable — I’m still not sure how the detour to various hunter-gatherer societies (“reindeer hunters”) helped advance the main storyline (and I admit getting slightly impatient with the narrative flow when we kept returning to those societies more than once) — but at least it’s not a linear account but, rather, interwoven with the main storyline, and it probably also helps that the narrative voice changes from 2d to 3d person past tense for these passages … at least, grammatically speaking.  (Not in terms of narrative perspective.  Make of that what you will!)

Leckie’s worldbuilding is top-notch; while magic and divine power take a central role, she makes do with a minimum of the traditional fantasy elements — there are no elves, goblins, or other strange creatures, just humans and the various gods protecting their societies … or so the humans hope.  The system of government, at least in the main society (Iraden) and its capital Vastai, owes something to the Ancient Indian civilizations, insofar as the ruler — called “Raven’s Lease” — owes his position to a power sharing agreement with that society’s main god (the Raven, you guessed it), which obliges him to self-sacrifice (in favor of his son or other successor) at the death of “the Instrument”; i.e., the actual raven through which the god exercises its power and communicates with the Raven’s Lease and his council of governors. Which, incidentally, also makes for a nice twist to the story’s basic setup: The heir’s father has vanished … and everything would be OK if, as the usurper tries to tell the young prince must be the case, he were actually dead, as foreseen in the agreement with the Raven (also called “the Lease”).  Conversely, it would constitute a problem if the heir’s father were still alive — because that would mean he had violated the Lease, with unknown and untold consequences looming for the entire community, but first and foremost for his real and pretend successors and the governing council.

There is one particular aspect where Leckie’s chronology is not in synch with the real history of mankind (man had developed the ability to grind corn and make food from flour prior to the ability to build multi-storey buildings, towers, and fortresses), but even there I’ll happily go along with her, since the final outcome of the book doesn’t so much depend on this chronology as such as on the other things riding on it in terms of the storyline and the characters’ choices and actions.

(There is another aspect where I do, however, continue to slightly question the narrator’s behavior, which doesn’t seem entirely logical to me.  In fairness, Leckie expressly addresses my doubts and gives an explanation, and from a storytelling perspective, she didn’t have a choice — the narrator has to behave this way; the whole storyline, not to mention the ending, would fall completely apart otherwise  Yet, it niggles a bit.)

By and large, though, this is a very nicely done addition to the fantasy canon, and if Leckie should decide to flex her fingers a bit more in this particular genre, I’d definitely be along for the ride.  By the same token, Adjoa Andoh’s narration is pitch-perfect in every respect; particularly so, with regard to the book’s truly unique narrative voice.