Far from the Hundred Acre Wood 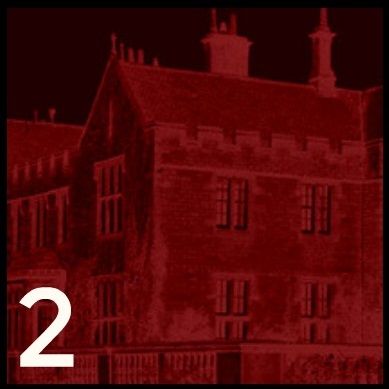 … and yet, not anywhere far enough into the territory of the writers whose company Milne sought with this book (or whom he obviously even thought to surpass).

In the introduction to The Red House Mystery, Milne writes that his editor had warned him to stray off the path expected of him by the reading public (namely, Punch satires and, ultimately, Winnie the Pooh, although The Red House Mystery predates Winnie’s first adventures published in book form by four years); and that he — Milne — had therefore contented himself with authoring a single mystery novel, but that he had written this one exactly to the prescription that he himself favored: an ingenious Sherlock Holmes-style amateur sleuth with a Watson-style sidekick by his side “besting” the meticulous but plodding police but, unlike in Conan Doyle’s tales, taking the reader along with them every step of the way instead of springing the solution on a wide-eyed reader in a big final surprise round-up.

The result, alas, is however not, as Milne hoped, the “ideal crime novel” but, at least to this fan of Conan Doyle, Agatha Christie and Dorothy L. Sayers, an entertaining but somewhat bland novel that, despite the odd moment of mild frisson, entirely neglects the one element that most makes outstanding mystery fiction tick: namely, the battle between the reader and the protagonist sleuth.  This has nothing to do with “playing fair” with the reader: The great masters of the genre — namely Milne’s contemporaries Christie and Sayers — didn’t neglect to drop all the relevant clues throughout the book; they were just skilled enough to hide those clues so well that their relevance only becomes apparent when the solution to the mystery is finally unravelled.

Not so here: The identity of the murderer is fairly obvious early on, and since we’re also let into the two amateur sleuths’ mental processes and the reasoning behind their investigative steps down to the very last detail every step of the way, the whole thing resembles nothing so much as a leisurely stroll in the park — mildly entertaining, but about as exciting as a pot of tea slowly and inexorably going tepid.  Even the murder itself, for all the characters’ both express and unspoken protestations of the shock of seeing a human life suddenly and brutally extinguished, feels more like the opening move of a parlour game than llike a real and horrifying event.

Obviously Milne was a talented writer; it only takes one look at the Winnie-the-Pooh books, or his contributions to Punch (or his other essays, for that matter) to devine as much; and ultimately it’s his writing that elevates this book from a 2- or 2 1/2-star read to a 3 star rating at least.  Also, as far as his editor’s attempts to keep him on the beaten track are concerned, more power to Milne for seeking to break the barriers imposed on him and explore new authorial ground.  But if this is truly what Milne considered “the ideal mystery,” then at least in the final result I’m afraid I am with his editor on this one: He was decidedly better off in the world of Punch and in the Hundred Acre Wood.

I read this for chapter / square 2 of the Detection Club Bingo: The Birth of the Golden Age.