REBLOG: 15 authors to read based on your favorite drinks

No matter if it’s a cup of tea or coffee, lemonade or a glass of wine, books and drinks go well together. This universal truth has been discovered not only by avid readers but also writers, some of whom became as well known for their drinking habits as for their literary achievements. Taking advantage of the summer time and the permanent feeling of thirst, we’ve gathered light-hearted recommendations of 14 well known and read authors and their drinks. Find your match, sip, read, and enjoy the summer reading time.

Truman Capote called this cocktail his special “orange drink” so if you share his taste for upgraded orange juice, go for a screwdriver drink with one of Capote’s books in your hand. 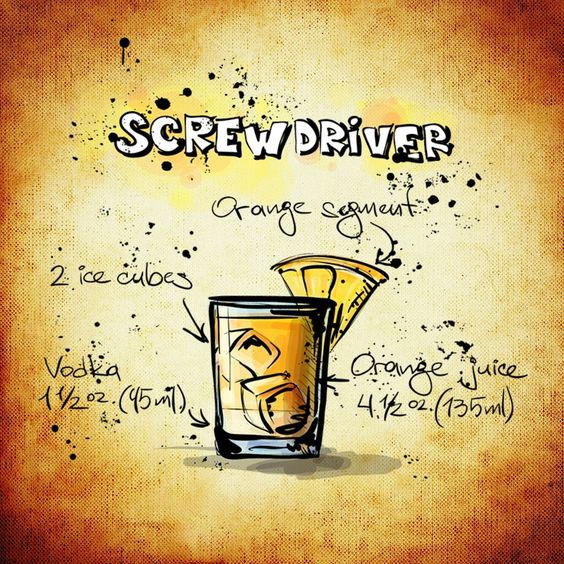 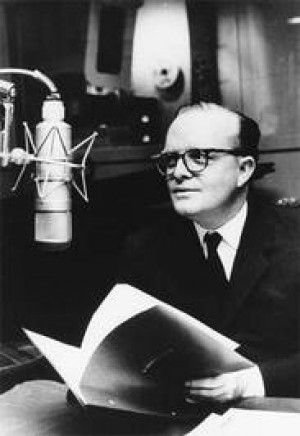 Truman Capote
In this profession it’s a long walk between drinks.

Truman Streckfus Persons, known as Truman Capote, was an American author, screenwriter and playwright, many of whose short stories, novels, plays, and nonfiction are recognized literary classics, including the novella Breakfast at Tiffany’s (1958) and the true crime novel In Cold Blood (1966).

Ernest Hemingway is known for his love for cocktails: Mohito, Martini, vermouth… Living in Havana, though, must have left a trace in his preferences and we bet Mojito was hight on the author’s top drinks list. If it’s also on yours, have a sip. 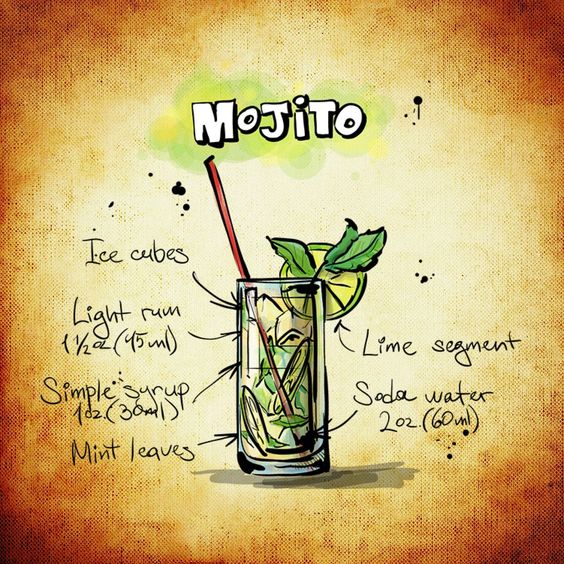 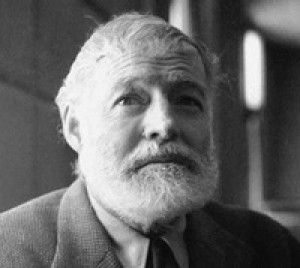 Ernest Hemingway ranks as the most famous of twentieth-century American writers. Hemingway has been regarded less as a writer dedicated to his craft than as a man of action who happened to be afflicted with genius. When he won the Nobel Prize in 1954, Time magazine reported the news under Heroes rather than Books.

Asked by a translator to explain his text William Faulkner said:
I have absolutely no idea of what I meant. You see, I usually write at night. I always keep my whiskey within reach; so many ideas that I can’t remember in the morning pop into my head. 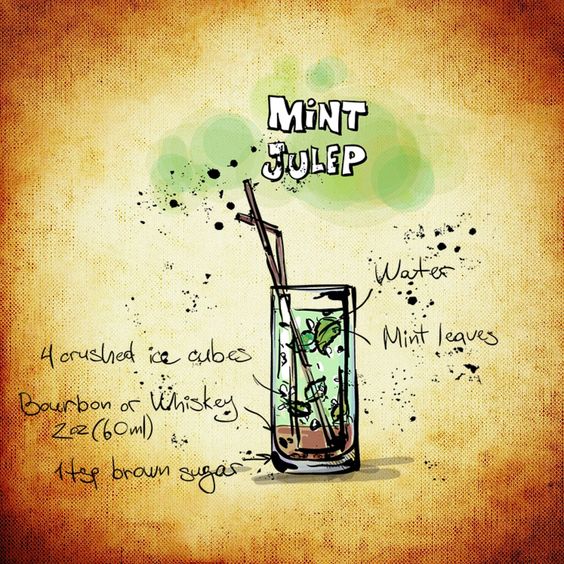 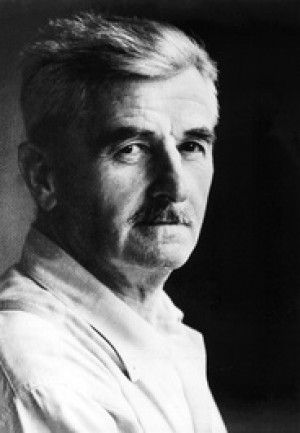 His first poem was published in The New Republic in 1919. His first book of verse and early novels followed, but his major work began with the publication of The Sound and the Fury in 1929.

Martini IS James Bond. James Bond IS Ian Fleming. If you like martini, you ARE James Bond for us. 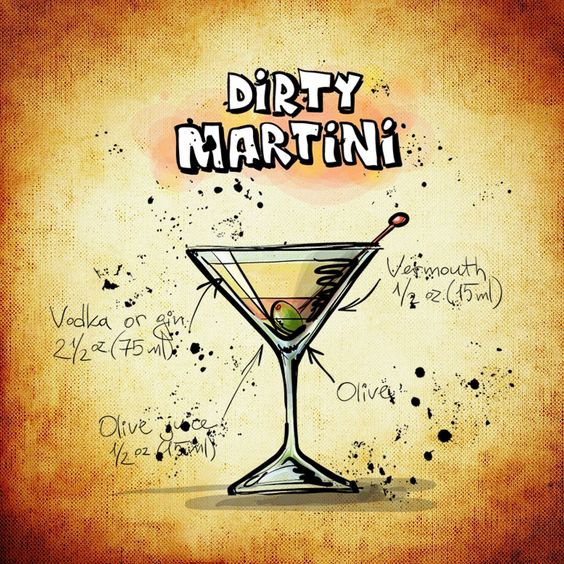 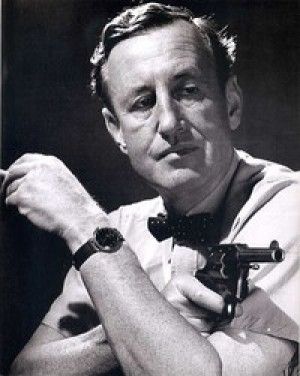 His first job was with Reuters News Agency where a Moscow posting gave him firsthand experience with what would become his literary bête noire — the Soviet Union. During World War II he served as Assistant to the Director of Naval Intelligence and played a key role in Allied espionage operations. After the war he worked as foreign manager of the Sunday Times, a job that allowed him to spend two months each year in Jamaica. Here, in 1952, at his home Goldeneye, he wrote a book called Casino Royale — and James Bond was born.

Cosmo was named the sexiest drink thanks to Candace Bushnell who popularize the drink in her Sex and the City series. If you adore Carrie Bradshaw, the Sex and the City’s main character, grab cosmo and read/write on! 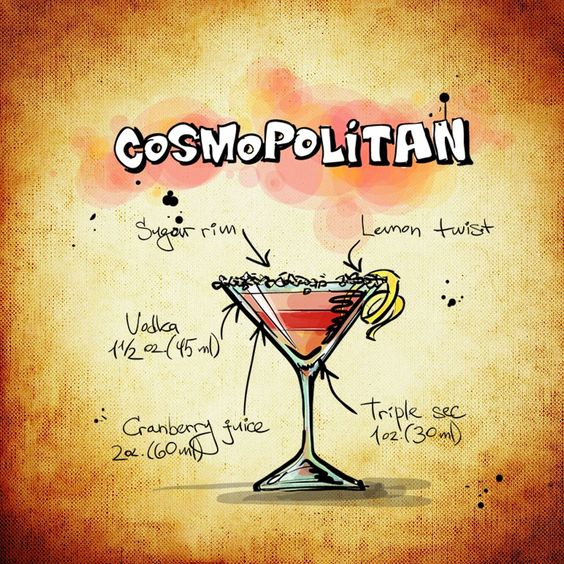 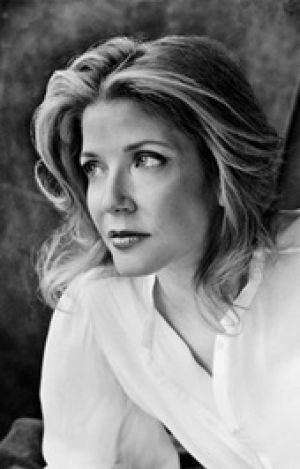 Candace Bushnell
I make mistakes. That’s what I do. I speak without thinking, I act without knowing. I drink so much that I can barely walk … I’m a fantastic lover though, and an amazing friend. God knows I mean well.
– Carrie Bradshaw, Sex and the City

If you like Margarita, read Jack Kerouac who developed his love for this drink during his trip through Mexico. 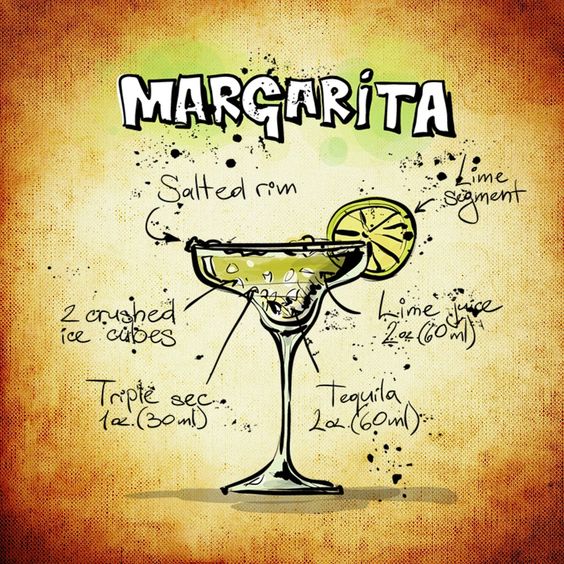 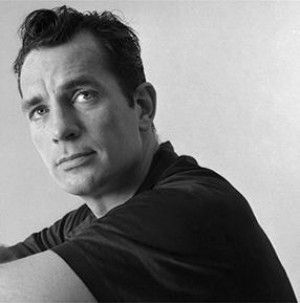 Jack Kerouac’s writing career began in the 1940s, but didn’t meet with commercial success until 1957, when On the Road was published. The book became an American classic that defined the Beat Generation. His parents had immigrated as very young children from the Province of Quebec, Canada, and Kerouac spoke a local French Canadian-American dialect before he spoke English.

Raymond Carver was Hemingway’s mate not only in writing but also boozing. Some of the records reveal that Bloody Mary cocktail, which he named “heart starter”, made his hangover breakfast. We definitely do not recommend this kind of diet but if you’d like to give the tomatoes a good stir, choose Bloody Mary. 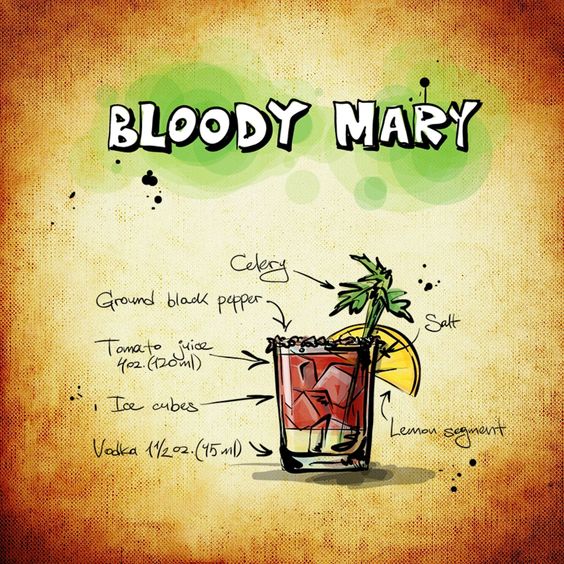 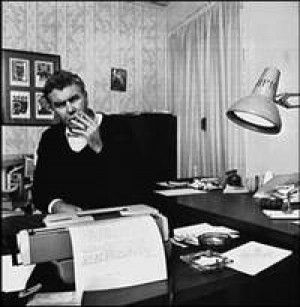 Raymond Carver
Drinking’s funny. When I look back on it, all of our important decisions have been figured out when we were drinking.
Even when we talked about having to cut back on drinking, we’d be sitting at the kitchen table or out at the picnic table with a six-pack or whiskey.
– What We Talk About When We Talk About Love

Raymond Carver was born in Clatskanie, Oregon, in 1938. His father was a saw-mill worker and his mother was a waitress and clerk. He married early and for years writing had to come second to earning a living for his young family. Despite, small-press publication, it was not until Will You Please Be Quiet Please? appeared in 1976 that his work began to reach a wider audience.

If you like gin and tonic read J.K. Rowling or F. Scott Fitzgerald’s. Both authors highlighted this drink as their favorite. 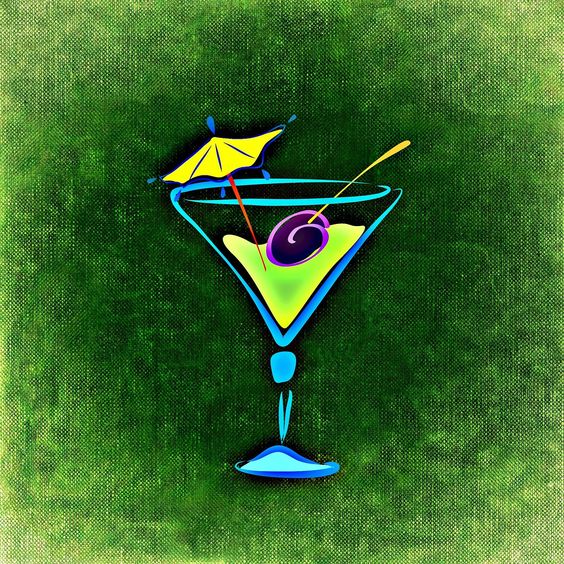 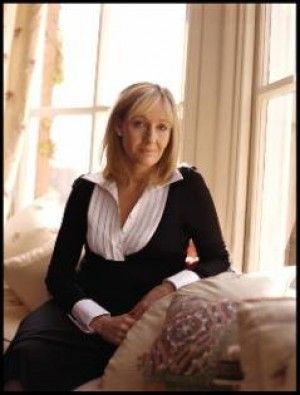 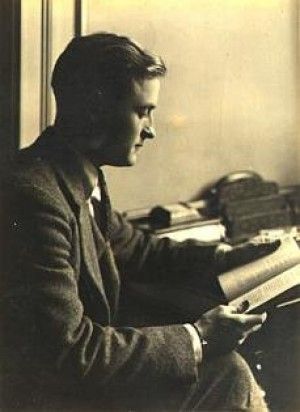 J.K. Rowling
JK Rowling grew up in Chepstow, Gwent where she went to Wyedean Comprehensive. Jo left Chepstow for Exeter University, where she earned a French and Classics degree, and where her course included one year in Paris. As a postgraduate she moved to London to work at Amnesty International, doing research into human rights abuses in Francophone Africa. She started writing the Harry Potter series during a Manchester to London King’s Cross train journey, and during the next five years, outlined the plots for each book and began writing the first novel.

F. Scott Fitzgerald was one of the major American writers of the twentieth century — a figure whose life and works embodied powerful myths about that nation’s dreams and aspirations. Fitzgerald was talented and perceptive, gifted with a lyrical style and a pitch-perfect ear for language. He lived his life as a romantic, equally capable of great dedication to his craft and reckless squandering of his artistic capital. He left us masterpieces such as The Great Gatsby and Tender Is the Night; and a gathering of stories and essays that together capture the essence of the American experience.

Jane Austen was well known for her feminist life approach, her language was witty, actions full of determination and books ground-breaking. This also refers to her culinary preferences. She adored ices and red wine. 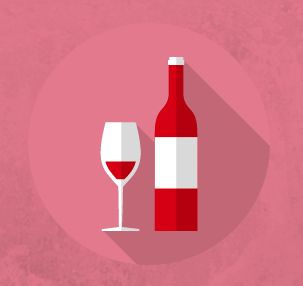 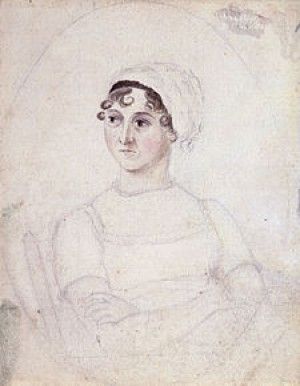 Jane Austen
But in the meantime for Elegance & Ease & Luxury . . .
I shall eat Ice & drink French wine, & be above Vulgar Economy.

Jane Austen was an English novelist whose works of romantic fiction, set among the landed gentry, earned her a place as one of the most widely read writers in English literature.

J.R.R. Tolkien admitted to be a beer lover. C.S. Lewis is known for his love to this golden liquor as well. Not so strange then that those two spent enjoyable time in pubs reading and discussing their writing, having several pints and paying close attention to what they were drinking. Reportedly, Lewis liked a good draft bitter off the wood, disliked bottled and hated canned beer. 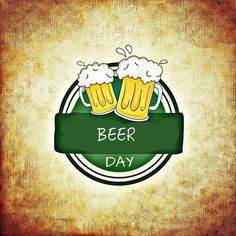 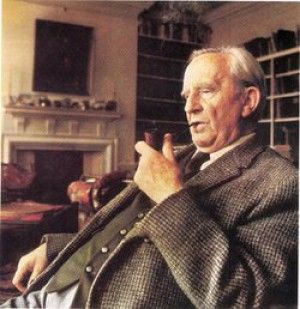 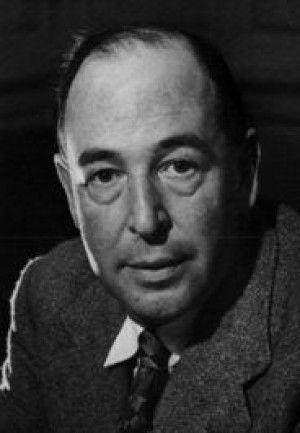 J.R.R. Tolkien
John Ronald Reuel Tolkien was an English writer, poet, philologist, and university professor, best known as the author of the classic high fantasy works The Hobbit, The Lord of the Rings, and The Silmarillion.

C.S. Lewis
I can’t imagine a man really enjoying a book and reading it only once.

Clive Staples Lewis was one of the intellectual giants of the twentieth century and arguably one of the most influential writers of his day. He wrote more than thirty books, allowing him to reach a vast audience, and his works continue to attract thousands of new readers every year.

Honore de Balzac’a coffee addiction may be too much even for a hard-core coffee lover — the author is believed to drink up to 50 cups a day! L. Frank Baum, author of The Wonderful Wizard of Oz, was much more moderate coffee drinker with four or five breakfast cups of sweet white coffee a day. How about you? 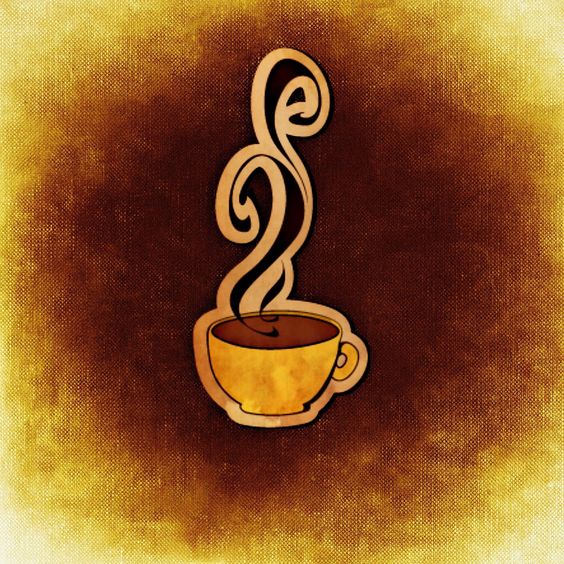 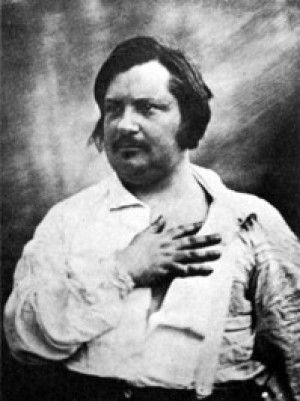 Honoré de Balzac
As soon as coffee is in your stomach, there is a general commotion.
Ideas begin to move…similes arise, the paper is covered.
Coffee is your ally and writing ceases to be a struggle.

Honoré de Balzac was a French novelist and playwright. His magnum opus was a sequence of short stories and novels collectively entitled La Comédie humaine, which presents a panorama of French life in the years after the 1815 fall of Napoleon Bonaparte.

If you prefer a hot aromatic tea than cocktails or coffee, make sure to follow George Orwell’s golden rules of making a perfect cup of tea. 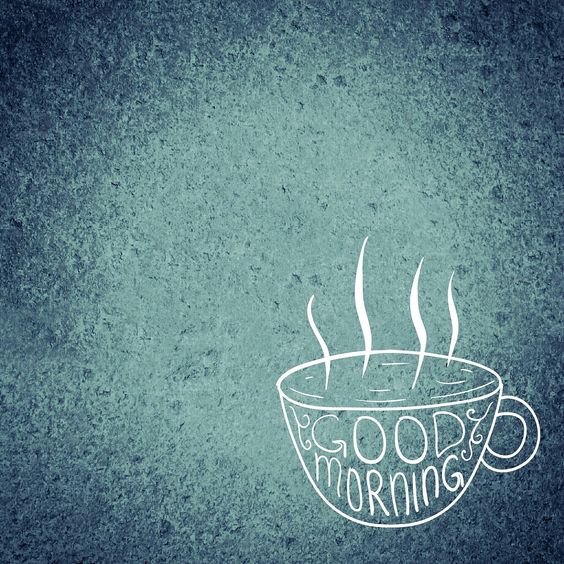 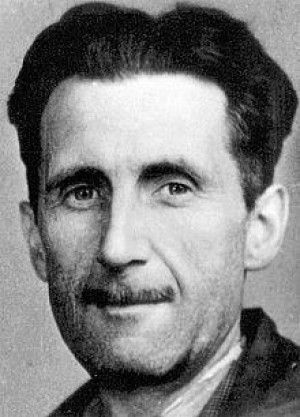 George Orwell
One strong cup of tea is better than twenty weak ones. All true tea lovers not only like their tea strong, but like it a little stronger with each year that passes.

Eric Arthur Blair who used the pen name George Orwell, was an English novelist, essayist, journalist and critic. His work is marked by lucid prose, awareness of social injustice, opposition to totalitarianism, and commitment to democratic socialism. Commonly ranked as one of the most influential English writers of the 20th century, and as one of the most important chroniclers of English culture of his generation, Orwell wrote literary criticism, poetry, fiction, and polemical journalism. He is best known for the dystopian novel Nineteen Eighty-Four (1949) and the allegorical novella Animal Farm (1945).

Original post:
15 authors to read based on your favorite drinks – Themis-Athena’s Garden of Books