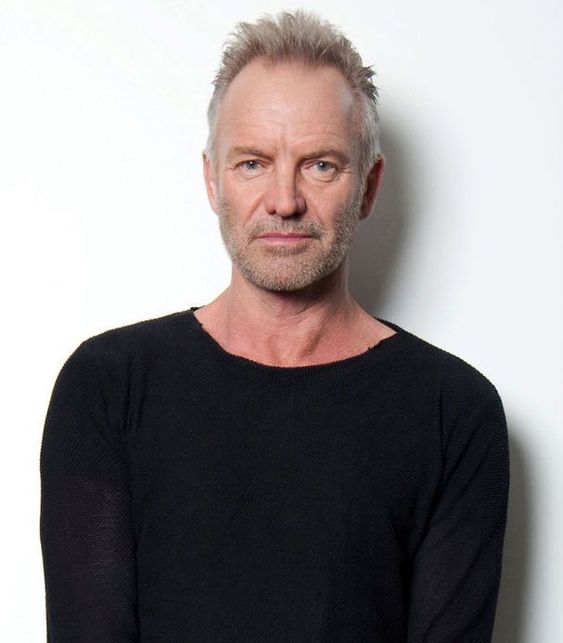 Gordon Matthew Thomas Sumner CBE (born Wallsend, England, October 2, 1951), known as Sting, is an English musician and actor. He was the principal songwriter, lead singer, and bassist for new wave rock band The Police from 1977 to 1984. He launched a solo career in 1985, and has included elements of rock, jazz, reggae, classical, new-age, and worldbeat in his music.

As a solo musician and a member of The Police, Sting has received 17 Grammy Awards: he won Song of the Year for Every Breath You Take, three Brit Awards, including Best British Male Artist in 1994 and Outstanding Contribution in 2002, a Golden Globe, an Emmy and four nominations for the Academy Award for Best Original Song. In 2019, he received a BMI Award for Every Breath You Take becoming the most-played song in radio history. In 2002, Sting received the Ivor Novello Award for Lifetime Achievement from the British Academy of Songwriters, Composers and Authors and was also inducted into the Songwriters Hall of Fame. He was inducted into the Rock and Roll Hall of Fame as a member of the Police in 2003. In 2000, he received a star on the Hollywood Walk of Fame for recording. In 2003, Sting received a CBE from Elizabeth II at Buckingham Palace for services to music. He was made a Kennedy Center Honoree at the White House in 2014, and was awarded the Polar Music Prize in 2017.

With The Police, Sting became one of the world’s best-selling music artists. Solo and with The Police combined, he has sold over 100 million records.[] In 2006, Paste ranked him 62nd of the 100 best living songwriters. He was 63rd of VH1’s 100 greatest artists of rock, and 80th of Q magazine’s 100 greatest musical stars of the 20th century. He has collaborated with other musicians on songs such as Money for Nothing with Dire Straits, Rise & Fall with Craig David, All for Love with Bryan Adams and Rod Stewart, You Will Be My Ain True Love with Alison Krauss, and introduced the North African music genre raï to Western audiences through the hit song Desert Rose with Cheb Mami. In 2018, he released the album 44/876, a collaboration with Jamaican musician Shaggy, which won the Grammy Award for Best Reggae Album in 2019.

Read more about Sting on Wikipedia.

Collaborations and Appearances on Other Artists’s Albums 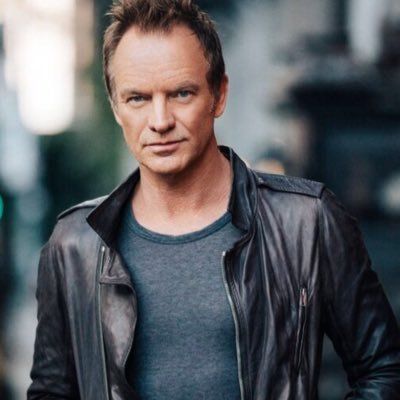 The Dream of the Blue Turtles

The Very Best of Sting & The Police

(Album: The Dream of the Blue Turtles)

“In Europe and America there’s a growing feeling of hysteria
Conditioned to respond to all the threats
In the rhetorical speeches of the Soviets
Mister Khrushchev said, ‘We will bury you’
I don’t subscribe to this point of view
It’d be such an ignorant thing to do
If the Russians love their children too

How can I save my little boy
From Oppenheimer’s deadly toy?
There is no monopoly of common sense
On either side of the political fence
We share the same biology
Regardless of ideology
Believe me when I say to you
I hope the Russians love their children too

We share the same biology
Regardless of ideology
What might save us, me and you
Is if the Russians love their children too”

(Album: The Dream of the Blue Turtles)

There’s a moon
Over Bourbon Street tonight
I see faces as they pass
Beneath the pale lamplight
I’ve no choice
But to follow that call
The bright lights, the people
And the moon and all

I pray everyday
To be strong
For I know what I do
Must be wrong
Oh, you’ll never see my shade
Or hear the sound of my feet
While there’s a moon
Over Bourbon Street

The brim of my hat
Hides the eye of a beast
I’ve the face of a sinner
But the hands of a priest
Oh, you’ll never see my shade
Or hear the sound of my feet
While there’s a moon
Over Bourbon Street

How could I be this way
When I pray to God above?
I must love what I destroy
And destroy the thing I love
Oh, you’ll never see my shade
Or hear the sound of my feet
While there’s a moon
Over Bourbon Street

Modesty, propriety can lead to notoriety
You could end up as the only one
Gentleness, sobriety are rare in this society
At night a candle’s brighter than the sun

Takes more than combat gear to make a man
Takes more than a license for a gun
Confront your enemies, avoid them when you can
A gentleman will walk but never run