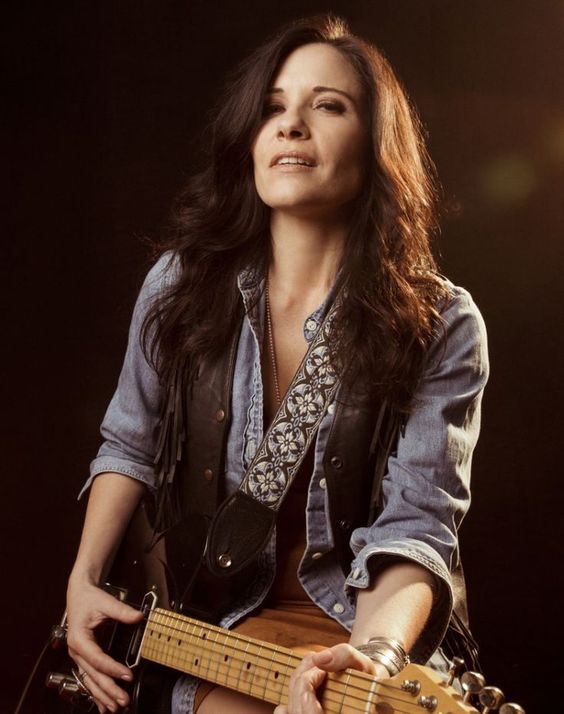 McNally was born in Hempstead, on Long Island. While studying anthropology at Franklin and Marshall College, she began singing and playing guitar in clubs. After graduating and honing her skills on the streets of Paris as a busker, McNally secured a deal with Capitol Records in 1997. McNally was intent on making an acoustic record and entered the studio with studio professionals including Jim Keltner, Benmont Tench, and Greg Leisz. The resulting album Jukebox Sparrows was not released at the time.

In the interim, McNally opened for Stevie Nicks and Ryan Adams, and was part of the 1999 Girl’s Room tour with Tara MacLean, Kendall Payne, and Amy Correia. She also modeled for Urban Decay cosmetics. In 2000, McNally issued the holdover EP Bolder Than Paradise. When Capitol finally issued Jukebox Sparrows in January 2002, it did so into a market that had already embraced such roots-flavored material as Ryan Adams and the O Brother, Where Art Thou soundtrack. McNally embarked on a press tour, and spent the summer of that year supporting John Mellencamp. In late 2002, she released the Ran on Pure Lightning EP, a collaboration with songwriter Neal Casal.

In 2005, McNally returned with the country, blues, and soul influences on the album Geronimo. The album’s June release was accompanied by a summer’s worth of live dates. Early 2006 saw the release of McNally’s fourth album, North American Ghost Music. Tour dates with Son Volt also coincided its release.

McNally took off most of 2008 and 2009 after the birth of her first child. She then resumed performing and recording and toured with Dave Alvin & The Guilty Women. In 2009 she released the album Coldwater with her band Hot Sauce.  In 2013, McNally released Small Town Talk, a tribute to the songs of Bobby Charles. In an interview, McNally said that she was a longtime friend of Charles and that her album, which is a musical collaboration with the legendary Dr.John, was inspired by Charles’s debut album from 1973. Shortly afterwards, McNally and her young daughter moved from New Orleans to Holly Springs, Mississippi.

Together with her friend Rodney Crowell she wrote songs and exchanged ideas until her tenth studio album Black Irish was born, which included her song, “Banshee Moan”. The album was released in 2017. Shortly after the release, McNally set out on a nationwide tour with Erin Costelo.  In 2019, McNally joined a new management team and continued to collaborate with Terry Allen as part of his band.  In 2021, she released her eleventh solo studio album, entitled The Waylon Sessions.

It Ain’t Easy Being Green

“Well, I know a guy, he’s from far far away
He’s a songwriter, he got something to say
He says, “People in this city are too busy to hang out
This town’s so spread out, no one would hear you if you shout”