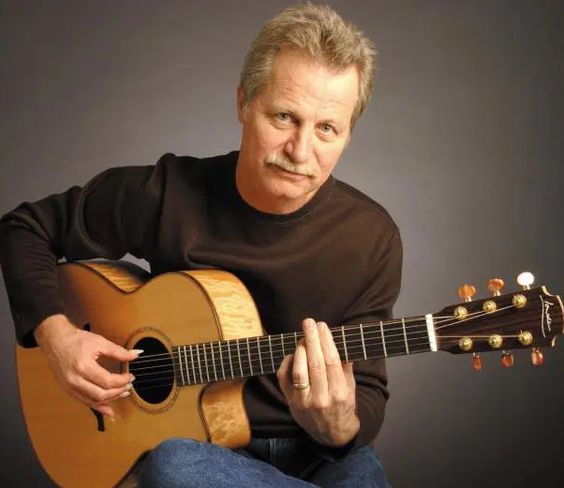 Though born in Japan, de Grassi grew up in San Francisco, California, where his grandfather played violin for the San Francisco Symphony and his father was a classical pianist. At age thirteen he learned to play the trumpet but soon taught himself the guitar, the instrument for which he is now famous. De Grassi also learned to play jazz piano with Mark Levine and studied music under W. A. Mathieu and Bill Thrasher.

After earning a degree in Economic Geography from the University of California, Berkeley, de Grassi performed as a street musician in London before learning the carpentry trade from his cousin Will Ackerman, who later founded the innovative instrumental record label Windham Hill. De Grassi’s first album, Turning: Turning Back, was released by Windham Hill Records in 1978. De Grassi also recorded under RCA/Novus, EarthBeat!, and 33rd Street recordings. In addition, de Grassi started his own label, Tropo Records, which he now records under. He performs solo concerts worldwide, holds various guitar workshops and master classes throughout the year, and performs with the de Mania Trio, alongside bassist Michael Manring and percussionist Christopher Garcia. Fellow guitar players consider de Grassi to be among the most virtuosic living guitarists. Tom Wheeler (Guitar Player magazine) wrote about his technique in the liner notes for de Grassi’s 1979 album Slow Circle: “Staccato flurries are executed with confidence, and the dense, blurry-fast arpeggios are as stunning for their articulation as for their speed. Poignant passages are played with grace, and Alex’s attention to detail, his appreciation for nuance, pervades every corner. In short, his technique is potentially virtuosic, scary, the kind that shoves fellow pickers to the cliff of decision: should I practice like a madman, or chuck it all together?”