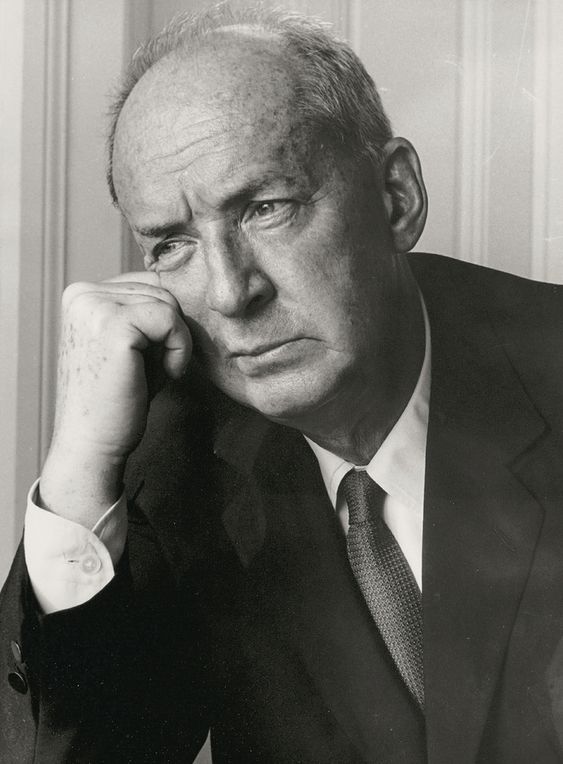 Vladimir Vladimirovich Nabokov (Russian: Влади́мир Влади́мирович Набо́ков, Saint Petersburg, Russia, April 22, [O.S. April 10], 1899 – Montreux, Switzerland, July 2, 1977) was a Russian-American novelist. Nabokov’s first nine novels were in Russian. He then rose to international prominence as a writer of English prose; being noted for his complex plots, clever word play, and use of alliteration. His novels Lolita (1955) and Pale Fire (1962) in particular, but also his overall body of work, won him a place among the greatest novelists of the 20th century. He also made serious contributions as a lepidopterist and chess composer.

Nabokov gained both fame and notoriety with Lolita (1955), which tells of a grown man’s devouring passion for a twelve-year-old girl. The novel, which is often considered his finest work in English, particularly exhibits the love of intricate word play and synesthetic detail that characterised all his works. It was ranked fourth in the list of the Modern Library 100 Best Novels; Pale Fire (1962) was ranked at 53rd on the same list, and his memoir, Speak, Memory, was listed eighth on the Modern Library nonfiction list. He was a finalist for the National Book Award for Fiction seven times, but never won it.

Early 20th century Russian literary critic Yuly Aykhenvald was one of the first admirer of Nabokov, citing in particular his ability to imbue objects with life in intricate detail. Contemporariy critic James Wood argued in a 2008 article published in Slate magazine that Nabokov’s use of descriptive detail proved an “overpowering, and not always very fruitful, influence on two or three generations after him”, including authors such as Martin Amis and John Updike.

While a student at Cornell in the 1950s, Thomas Pynchon attended several of Nabokov’s lectures and went on to make a direct allusion to Lolita in chapter six of his novel The Crying of Lot 49 (1966). Pynchon’s prose style is also influenced by Nabokov’s preference for actualism over realism. Of the authors who came to prominence during Nabokov’s lifetime, John Banville, Don DeLillo, Salman Rushdie and Edmund White were all influenced by Nabokov. More recently, Pulitzer Prize-winning novelist Michael Chabon listed Lolita and Pale Fire among the “books that, I thought, changed my life when I read them,” and stated that “Nabokov’s English combines aching lyricism with dispassionate precision in a way that seems to render every human emotion in all its intensity but never with an ounce of schmaltz or soggy language”. Pulitzer Prize winner Jeffrey Eugenides said in a 2008 Q&A that “Nabokov has always been and remains one of my favorite writers. He’s able to juggle ten balls where most people can juggle three or four.” T.C. Boyle said in a conversation published in the Penguin Reading Guides series that “Nabokov’s playfulness and the ravishing beauty of his prose are ongoing influences” on his writing, and Jhumpa Lahiri and Zadie Smith have also acknowledged Nabokov’s influence.

Find more quotes by Vladimir Nabokov on Wikiquote and Goodreads.