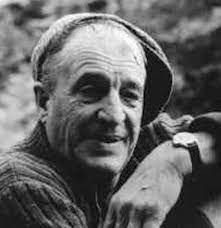 Disillusioned with the excessive materialism by which he saw the country of his birth beset, Whitaker lived in voluntary exile, primarily in the French Basque region. He also kept his true identity unknown for years, refused to grant interviews and to otherwise contribute to the publicity efforts of his publishers. He wrote in a wide variety of genres, achieved best-seller status, and published under several other names as well, including Nicholas Seare, Beñat Le Cagot and Edoard Montan. In a 1998 interview with Newsweek, he said that with each new book, he first decided what author should tell the story. He used Method-acting techniques to imagine himself as the author in order to work into the story he wanted to tell. The widely diverse books solidified the myth that “Trevanian” was a collective pen name for a group of writers working together. It was also rumored that Trevanian was Robert Ludlum writing under a pen name. Whitaker rejected that idea stating, “I don’t even know who he is. I read Proust, but not much else written in the 20th century.” He published the nonfiction The Language of Film under his own name.

Between 1972 and 1983, five of his novels sold more than a million copies each. His first novel, published at the age of forty when he was teaching at the University of Texas, was The Eiger Sanction, an intelligent, gritty and thrilling spy spoof. It became a worldwide best seller. In 1975 it was adapted as a movie directed by and starring Clint Eastwood. – Saddened that some critics did not “get” the spoof contained in The Eiger Sanction, Trevanian followed it with an even more intense spoof, The Loo Sanction (1973), which depicted an ingenious art theft. Then came The Main (1976), a roman policier set in a poor neighborhood of Montreal, featuring widowed fiftyish police lieutenant Claude LaPointe. Next came Shibumi in 1979, Trevanian’s meta-spy novel, which received the most critical acclaim. In 1983 he published The Summer of Katya, a psychological horror novel. In 1998 Trevanian reappeared as the author of a Western novel called Incident at Twenty-Mile, and a collection of short stories, Hot Night in the City (2000).

His last published novel, written while he was in declining health, took a surprising turn. The Crazyladies of Pearl Street (2005) depicted the coming-of-age story of Jean-Luc LaPointe, a boy surviving with his mother and sister in the slums of Albany, New York in the years preceding and during World War II. Although the book was published as fiction, commentators described it as autobiographical. In November 2005 it was selected as one of eleven Editors’ Choice books by the Historical Novel Society. – The Street of the Four Winds, Trevanian’s tale of Parisian artists caught in the 1848 revolution, based on his meticulous research of the era, was left, by the author’s stipulation, to his eldest daughter (and fellow author) Alexandra’s editorship. It is currently still awaiting posthumous publication.

Under the name Nicolas Seare, Trevanian also published 1339 or So: Being an Apology for a Pedlar (1975), a witty medieval tale of love and courage; and Rude Tales and Glorious (1983), a bawdy re-telling of Arthurian tales. In his obituary in the New York Times, Whitaker was described as the only writer of airport paperbacks to be compared to Zola, Ian Fleming, Poe and Chaucer.

Read more about Trevanian on Wikipedia.

“Irony is Fate’s most common figure of speech.”

“It was not their irritating assumption of equality that annoyed Nicholai so much as their cultural confusions. The Americans seemed to confuse standard of living with quality of life, equal opportunity with institutionalized mediocrity, bravery with courage, machismo with manhood, liberty with freedom, wordiness with articulation, fun with pleasure – in short, all of the misconceptions common to those who assume that justice implies equality for all, rather than equality for equals.”

“Go is to Western chess what philosophy is to double-entry accounting.”