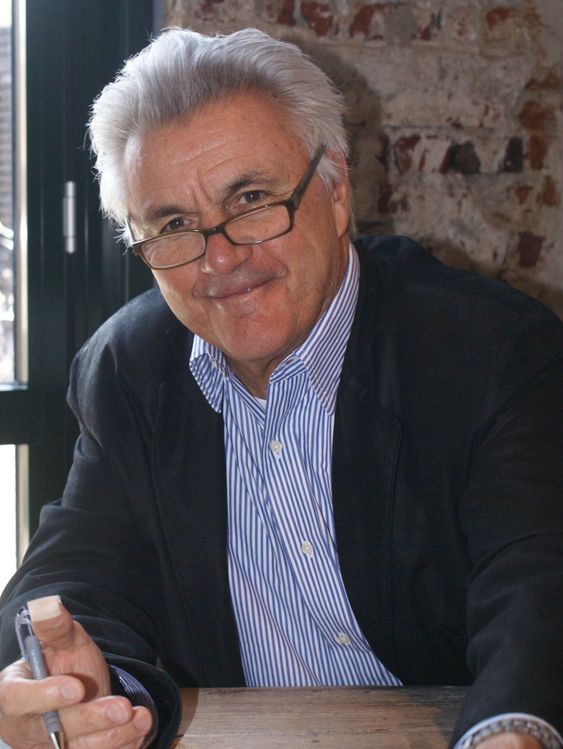 Irving achieved critical and popular acclaim after the international success of his fourth novel, The World According to Garp, in 1978. The novel was a finalist for the National Book Award for Fiction in 1979, and its first paperback edition won the Award next year. It was later also made into a film directed by George Roy Hill and starring Robin Williams in the title role and Glenn Close as his mother; the movie in turn garnered several Academy Award nominations, including nominations for Close and John Lithgow. The World According to Garp transformed Irving from an obscure, academic literary writer to a household name, and his subsequent books, including The Cider House Rules, The Hotel New Hampshire and A Prayer for Owen Meany, were likewise bestsellers. Five of his novels have been adapted to film. Several of Irving’s books (The World According to Garp, A Prayer for Owen Meany, A Widow for One Year) and short stories have been set in and around Phillips Exeter Academy in Exeter, New Hampshire. Irving won the Academy Award for Best Adapted Screenplay in 1999 for his script for The Cider House Rules.

Recurring subjects, symbols or character types in Irving’s work include New England, sex workers, wrestling, Vienna, bears, deadly accidents, a main character and/or supporting characters who are writers of some sort (novelists, journalists, diarists, family historians, etc.), a main character dealing with an absent or unknown parent, a main character who is involved in film making, and unusual sexual relationships (and often what Irving has referred to as “sexual outsiders”) such as incest or relationships between young men and older women. Females who are both brash and ostentatious, while simultaneously fragile recur thoroughout most of Irving’s novels. Although bears only play a significant part (symbolically and narratively) in three of Irving’s novels (Setting Free the Bears, The World According to Garp and The Hotel New Hampshire), and matter-of-fact part in two others, it is also sometimes suggested that bears are a commonly recurring metaphor in his novels. However, the most oft-used symbol and/or character-type in John Irving’s oeuvre is the role of the writer. Broadly-speaking, Irving’s novels tend to involve characters in the recent past (particularly, the twentieth-century), often outsiders (particularly in terms of sexuality or politics), and their attempts to find their way in life. Irving has often also used the literary technique of a story within a story.

A Prayer for Owen Meany

“If you care about something you have to protect it – If you’re lucky enough to find a way of life you love, you have to find the courage to live it.”

“The only way you get Americans to notice anything is to tax them or draft them or kill them.”

“The thing that is most hardest to accept about the passage of time is that the people who once mattered the most wind up in parentheses.”

A Widow for One Year

“You can’t learn everything you need to know legally.”

“Writing a novel is actually searching for victims. As I write I keep looking for casualties. The stories uncover the casualties.”

Find more quotes by John Irving on Wikiquote and Goodreads.