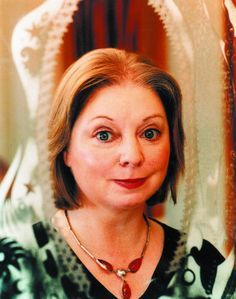 She has twice been awarded the Booker Prize, the first time for the 2009 novel Wolf Hall, a fictional account of Thomas Cromwell’s rise to power in the court of Henry VIII, and secondly for the 2012 novel Bring Up the Bodies, the second instalment of the Cromwell trilogy. Mantel was the first woman to receive the award twice, following in the footsteps of J. M. Coetzee, Peter Carey and J. G. Farrell (who posthumously won the Lost Man Booker Prize). The third instalment of the trilogy, The Mirror and the Light, was released on 5 March 2020 in the UK and the following July was longlisted for the 2020 Booker Prize.[

Duke and Duchess of Buccleuch (UK)

Memoir, Articles, and Other Nonfiction

“If you get stuck, get away from your desk. Take a walk, take a bath, go to sleep, make a pie, draw, listen to ­music, meditate, exercise; whatever you do, don’t just stick there scowling at the problem. But don’t make telephone calls or go to a party; if you do, other people’s words will pour in where your lost words should be. Open a gap for them, create a space. Be patient.”

“It is the absence of facts that frightens people: the gap you open, into which they pour their fears, fantasies, desires.”

“Some of these things are true and some of them lies. But they are all good stories.”

“You learn nothing about men by snubbing them and crushing their pride. You must ask them what it is they can do in this world, that they alone can do.”

“It is magnificent. At the moment of impact, the king’s eyes are open, his body braced for the atteint; he takes the blow perfectly, its force absorbed by a body securely armoured, moving in the right direction, moving at the right speed. His colour does not alter. His voice does not shake.
“‘Healthy?’ he says. ‘Then I thank God for his favour to us. As I thank you, my lords, for this comfortable intelligence.’
He thinks, Henry has been rehearsing. I suppose we all have.
The king walks away towards his own rooms. Says over his shoulder, ‘Call her Elizabeth. Cancel the jousts.'”

Bring Up the Bodies

“The things you think are the disasters in your life are not the disasters really. Almost anything can be turned around: out of every ditch, a path, if you can only see it.”

“The word ‘however’ is like an imp coiled beneath your chair. It induces ink to form words you have not yet seen, and lines to march across the page and overshoot the margin. There are no endings. If you think so you are deceived as to their nature. They are all beginnings. Here is one.”

“Truth can break the gates down, truth can howl in the street; unless truth is pleasing, personable and easy to like, she is condemned to stay whimpering at the back door.”

“He once thought it himself, that he might die with grief: for his wife, his daughters, his sisters, his father and master the cardinal. But pulse, obdurate, keeps its rhythm. You think you cannot keep breathing, but your ribcage has other ideas, rising and falling, emitting sighs. You must thrive in spite of yourself; and so that you may do it, God takes out your heart of flesh, and gives you a heart of stone.”

“It is better not to try people, not to force them to desperation. Make them prosper; out of superfluidity, they will be generous. Full bellies breed gentle manners. The pinch of famine makes monsters.”

A Place of Greater Safety

“When it was time to write, and he took his pen in his hand, he never thought of consequences; he thought of style. I wonder why I ever bothered with sex, he thought; there’s nothing in this breathing world so gratifying as an artfully placed semicolon.”

“The reader may ask how to tell fact from fiction. A rough guide: anything that seems particularly unlikely is probably true.”

“A pottery outside Paris was turning out his picture on thick glazed crockery in a strident yellow and blue. This is what happens when you become a public figure; people eat their dinners off you.”

Giving Up the Ghost

“You come to this place, mid-life. You don’t know how you got here, but suddenly you’re staring fifty in the face. When you turn and look back down the years, you glimpse the ghosts of other lives you might have led; all houses are haunted. The wraiths and phantoms creep under your carpets and between the warp and weft of fabric, they lurk in wardrobes and lie flat under drawer-liners. You think of the children you might have had but didn’t. When the midwife says, ‘It’s a boy,’ where does the girl go? When you think you’re pregnant, and you’re not, what happens to the child that has already formed in your mind? You keep it filed in a drawer of your consciousness, like a short story that never worked after the opening lines.”

“At some point on your road you have to turn and start walking back towards yourself. Or the past will pursue you, and bite the nape of your neck, leave you bleeding in the ditch. Better to turn and face it with such weapons as you possess.”

An Experiment in Love

“When men decided women could be educated – this is what I think – they educated them on the male plan; they put them into schools with mottoes and school songs and muddy team games, they made them were collars and ties. It was a way to concede the right to learning, yet remain safe; the products of the system would always be inferior to the original model. Women were forced to imitate men, and bound not to succeed at it.”