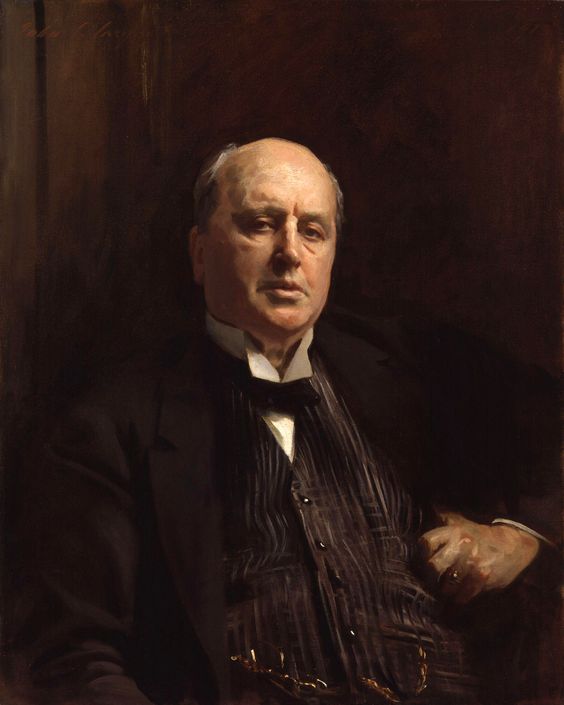 Henry James, OM (New York, NY, USA, April 15, 1843 – London, England, February 28, 1916) was an American-born writer, regarded as one of the key figures of 19th-century literary realism. He was the son of theologian Henry James, Sr. and the brother of philosopher and psychologist William James and diarist Alice James.

James alternated between America and Europe for the first 20 years of his life, after which he settled in England, becoming a British subject in 1915, one year before his death. He is primarily known for the series of novels in which he portrays the encounter of Americans with Europe and Europeans. His method of writing from the point of view of a character within a tale allows him to explore issues related to consciousness and perception, and his style in later works has been compared to impressionist painting.

James contributed significantly to literary criticism, particularly in his insistence that writers be allowed the greatest possible freedom in presenting their view of the world. James claimed that a text must first and foremost be realistic and contain a representation of life that is recognisable to its readers. Good novels, to James, show life in action and are, most importantly, interesting. The concept of a good or bad novel is judged solely upon whether the author is good or bad. His imaginative use of point of view, interior monologue and possibly unreliable narrators in his own novels and tales brought a new depth and interest to narrative fiction. An extraordinarily productive writer, in addition to his voluminous works of fiction he published articles and books of travel, biography, autobiography, and criticism, and wrote plays, some of which were performed during his lifetime with moderate success. His theatrical work is thought to have profoundly influenced his later novels and tales.

“‘My father ain’t in Europe; my father’s in a better place than Europe.’
Winterbourne imagined for a moment that this was the manner in which the child had been taught to intimate that Mr. Miller had been removed to the sphere of celestial reward. But Randolph immediately added, ‘My father’s in Schenectady.'”

The Portrait of a Lady

“There are few hours in life more agreeable than the hour dedicated to the ceremony known as afternoon tea.”

“The Baroness found it amusing to go to tea; she dressed as if for dinner. The tea-table offered an anomalous and picturesque repast; and on leaving it they all sat and talked in the large piazza, or wandered about the garden in the starlight.”

The Complete Notebooks of Henry James

“It is difficult to speak adequately or justly of London. It is not a pleasant place; it is not agreeable, or cheerful, or easy, or exempt from reproach. It is only magnificent. You can draw up a tremendous list of reasons why it should be insupportable. The fogs, the smoke, the dirt, the darkness, the wet, the distances, the ugliness, the brutal size of the place, the horrible numerosity of society, the manner in which this senseless bigness is fatal to amenity, to convenience, to conversation, to good manners – all this and much more you may expatiate upon. You may call it dreary, heavy, stupid, dull, inhuman, vulgar at heart and tiresome in form. […] But these are occasional moods; and for one who takes it as I take it, London is on the whole the most possible form of life. […] It is the biggest aggregation of human life – the most complete compendium of the world.”

“Life is, in fact, a battle. Evil is insolent and strong; beauty enchanting, but rare; goodness very apt to be weak; folly very apt to be defiant; wickedness to carry the day; imbeciles to be in great places, people of sense in small, and mankind generally unhappy. But the world as it stands is no narrow illusion, no phantasm, no evil dream of the night; we wake up to it, forever and ever; and we can neither forget it nor deny it nor dispense with it.”

Find more quotes by Henry James on Wikiquote and Goodreads.