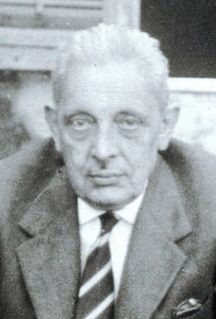 Giuseppe Tomasi, Prince of Lampedusa, Duke of Palma, Baron of Montechiaro and Torretta, Grandee First Class of Spain (Palermo, Italy, December 23, 1896 – Rome, Italy, July 23, 1957) was an Italian writer. He is most famous for his only novel, Il Gattopardo (first published posthumously in 1958, translated as The Leopard), which is set in Sicily during the Risorgimento; i.e., the 19th century movement leading to Italy’s unification.

Il Gattopardo follows the family of its title character, Sicilian nobleman Don Fabrizio Corbera, Prince of Salina. The title is rendered in English as The Leopard, but the Italian word gattopardo actually refers to the American ocelot or to the African serval. Il gattopardo may be a reference to a wildcat that was hunted to extinction in Italy in the mid-19th century – just as Don Fabrizio was dryly contemplating the indolence and decline of the Sicilian aristocracy. Perhaps the most memorable line in the book is spoken by Don Fabrizio’s nephew, Tancredi, urging unsuccessfully that Don Fabrizio abandon his allegiance to the disintegrating Kingdom of the Two Sicilies and to ally himself with Giuseppe Garibaldi and the House of Savoy: “Unless we ourselves take a hand now, they’ll foist a republic on us. If we want things to stay as they are, things will have to change.”

The novel was criticized at the time of its first publication by some literary critics for its straightforward “old fashioned” realism, a type of Stendhalian or Tolstoyan realism that particularly irritated neo-realists such as Elio Vittorini and Alberto Moravia. Nevertheless, the novel achieved a great deal of popularity, as well as the acclaim of prestigious foreign intellectuals such as Louis Aragon and E.M. Forster. In 1963 Il Gattopardo was made into a film, directed by Luchino Visconti and starring Burt Lancaster, Alain Delon and Claudia Cardinale, and which won the Palme d’Or at the Cannes Film Festival.

Tomasi di Lampedusa also wrote some lesser-known works: I racconti (Stories, first published 1961), Le lezioni su Stendhal (Lessons on Stendhal, privately published in 1959, published in book form in 1977), and Invito alle lettere francesi del Cinquecento (Introduction to Sixteenth-Century French Literature, first published 1970). He also wrote Joy and the Law, a piece of literature frequently studied in Italian high schools today. In 2010, a collection of his letters were published in English as Letters from London and Europe. His perceptive commentaries on English and other foreign literatures make up a greater part of his works by volume than does his fiction. – A taciturn and solitary man, he passed a great deal of his time reading and meditating, and used to say of himself, “I was a boy who liked solitude, who preferred the company of things to that of people.”

“Se vogliamo che tutto rimanga come è, bisogna che tutto cambi.”
(“If we want things to stay as they are, things will have to change.”)

“Love. Of course, love. Flames for a year, ashes for thirty.”

“As always the thought of his own death calmed him as much as that of others disturbed him: was it perhaps because, when all was said and done, his own death would in the first place mean that of the whole world?”

“Noi fummo i Gattopardi, i Leoni; quelli che ci sostituiranno saranno gli sciacalletti, le iene; e tutti quanti gattopardi, sciacalli e pecore, continueremo a crederci il sale della terra.”
(“We were the Leopards, the Lions; those who’ll take our place will be little jackals, hyenas; and the whole lot of us, Leopards, jackals, and sheep, we’ll all go on thinking ourselves the salt of the earth.”)