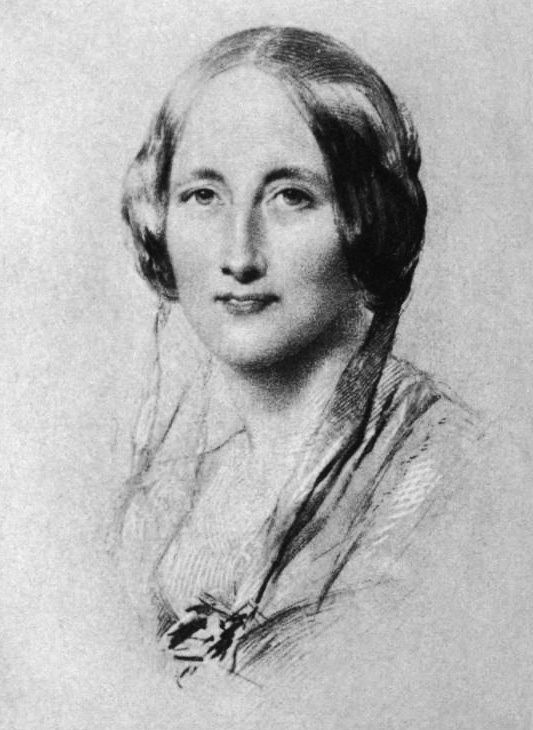 Elizabeth Cleghorn Gaskell (née Stevenson; London, UK, September 29, 1810 – Holybourne, Hampshire, UK, November, 12 1865) was an English novelist, biographer and short story writer. Her novels offer a detailed portrait of the lives of many strata of Victorian society, including the very poor. As a result, her work is of interest to social historians as well as readers of literature. Gaskell’s first novel, Mary Barton, was published in 1848.  Among her best known works of fiction are Cranford (1851), North and South (1854), and Wives and Daughters (1865).  Her book The Life of Charlotte Brontë, published in 1857, was the first biography of her fellow writer and friend Charlotte Brontë. In this biography, Gaskell decided to treat only the moral, sophisticated things in Brontë’s life; the rest she left out, finding that certain more salacious aspects were better kept hidden.

Gaskell’s novels, with the exception of Cranford, gradually slipped into obscurity during the late 19th century; before 1950, she was dismissed as a minor author with good judgement and “feminine” sensibilities. However, the critical tide began to turn in Gaskell’s favour when, in the 1950s and 1960s, socialist critics re-evaluated the description of social and industrial problems in her novels, and – realizing that her vision went against the prevailing views of the time – saw it as preparing the way for vocal feminist movements. In the early 21st century, with Gaskell’s work now seen as part of the debate on nationhood, gender, class identities, North and South – one of the first industrial novels describing the conflict between employers and workers – was recognized as depicting complex social conflicts and offering more satisfactory solutions through Margaret Hale: spokesperson for the author and Gaskell’s most mature creation.

“But the future must be met, however stern and iron it be. “

“A wise parent humors the desire for independent action, so as to become the friend and advisor when his absolute rule shall cease.”

“But the cloud never comes in that quarter of the horizon from which we watch for it.”

“Those who are happy and successful themselves are too apt to make light of the misfortunes of others.”

“Loyalty and obedience to wisdom and justice are fine; but it is still finer to defy arbitrary power, unjustly and cruelly used – not on behalf of ourselves, but on behalf of others more helpless.”

“I value my own independence so highly that I can fancy no degradation greater than that of having another man perpetually directing and advising and lecturing me, or even planning too closely in any way about my actions. He might be the wisest of men, or the most powerful – I should equally rebel and resent his interference.”

“I take it that ‘gentleman’ is a term that only describes a person in his relation to others; but when we speak of him as ‘a man’, we consider him not merely with regard to his fellow men, but in relation to himself, – to life – to time – to eternity. A cast-away lonely as Robinson Crusoe – a prisoner immured in a dungeon for life – nay, even a saint in Patmos, has his endurance, his strength, his faith, best described by being spoken of as ‘a man’. I am rather weary of this word ‘gentlemanly’ which seems to me to be often inappropriately used, and often too with such exaggerated distortion of meaning, while the full simplicity of the noun ‘man’, and the adjective ‘manly’ are unacknowledged.”

“Nothing like the act of eating for equalizing men. Dying is nothing to it.”

“I’ll not listen to reason … reason always means what someone else has got to say.”

“Out of the way! We are in the throes of an exceptional emergency! This is no occassion for sport- there is lace at stake!”

“Miss Jenkyns wore a cravat, and a little bonnet like a jockey-cap, and altogether had the appearance of a strong-minded woman; although she would have despised the modern idea of women being equal to men. Equal, indeed! she knew they were superior.”

“In the first place, Cranford is in possession of the Amazons; all the holders of houses above a certain rent are women. If a married couple come to settle in the town, somehow the gentleman disappears; he is either fairly frightened to death by being the only man in the Cranford parties, or he is accounted for by being with his regiment, his hip, or closely engaged in business all the week in the great neighbouring commercial town of Drumble, distant only twenty miles on a railroad. In short, whatever does become of the gentlemen, they are not at Cranford.”

“When oranges came in, a curious proceeding was gone through. Miss Jenkyns did not like to cut the fruit, for, as she observed, the juice all ran out nobody knew where, sucking [only I think she used some more recondite word] was in fact the only way of enjoying oranges; but then there was the unpleasant association with a ceremony frequently gone through by little babies; and so, after dessert, in orange season, Miss Jenkyns and Miss Matty used to rise up, possess themselves each of an orange in silence, and withdraw to the privacy of their own rooms to indulge in sucking oranges.”

“In a few minutes tea was brought. Very delicate was the china, very old the plate, very thin the bread-and-butter, and very small the lumps of sugar. Sugar was evidently Mrs. Jamieson’s favourite economy.”

“There is nothing like wounded affection for giving poignancy to anger.”

“The French girls would tell you, to believe that you were pretty would make you so.”

“I say, Gibson, we’re old friends, and you’re a fool if you take anything I say as an offence. Madam your wife and I did not hit it off the only time I ever saw her. I won’t say she was silly, but I think one of us was silly, and it was not me.”

“‘Your husband this morning! Mine tonight! What do you take him for?’
‘A man’ smiled Cynthia. ‘And therefore, if you won’t let me call him changeable, I’ll coin a word and call him consolable.'”

“There is always a pleasure in unravelling a mystery, in catching at the gossamer clue which will guide to certainty.”

“… that kind of patriotism which consists in hating all other nations …”

My Lady Ludlow and Other Stories

“Thus, you see, he arrived at the same end, via supposed duty, that he was previously pledged to via interest. I fancy a good number of us, when any line of action will promote our own interest, can make ourselves believe that reasons exist which compel us to it as a duty.”

Find more quotes by Elizabeth Gaskell on Wikiquote and Goodreads.