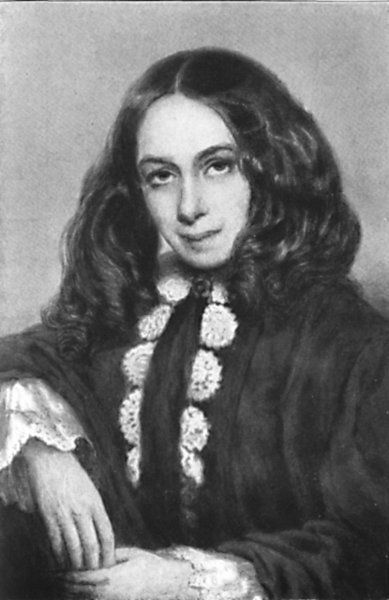 Born in County Durham, the eldest of 11 children, Elizabeth wrote poetry from the age of eleven. Her mother’s collection of her poems forms one of the largest extant collections of juvenilia by any English writer. At 15 she became ill, suffering intense head and spinal pain for the rest of her life. Later in life she also developed lung problems, possibly tuberculosis. She took laudanum for the pain from an early age, which is likely to have contributed to her frail health.

In the 1840s Elizabeth was introduced to literary society through her cousin, John Kenyon. Her first adult collection of poems was published in 1838 and she wrote prolifically between 1841 and 1844, producing poetry, translation and prose. She campaigned for the abolition of slavery and her work helped influence reform in the child labour legislation. Her prolific output made her a rival to Tennyson as a candidate for poet laureate on the death of Wordsworth.

Elizabeth’s volume Poems (1844) brought her great success, attracting the admiration of the writer Robert Browning. Their correspondence, courtship and marriage were carried out in secret, for fear of her father’s disapproval. Following the wedding, she was indeed disinherited by her father. In 1846, the couple moved to Italy, where she would live for the rest of her life. They had one son, Robert Wiedeman Barrett Browning, whom they called Pen. She died in Florence in 1861. A collection of her last poems was published by her husband shortly after her death.

Elizabeth Barrett Browning’s work had a major influence on prominent writers of the day, including the American poets Edgar Allan Poe and Emily Dickinson. She is remembered for such poems as her 1845 Sonnets from the Portuguese, particularly If thou must love me (Sonnet 14) and How Do I Love Thee? (Sonnet 43), as well as the epic poem Aurora Leigh (1856).

Sonnets from the Portuguese

X.
Yet, love, mere love, is beautiful indeed
And worthy of acceptation. Fire is bright,
Let temple burn, or flax; an equal light
Leaps in the flame from cedar-plank or weed:
And love is fire. And when I say at need
I love thee … mark! … I love thee – in thy sight
I stand transfigured, glorified aright,
With conscience of the new rays that proceed
Out of my face toward thine. There’s nothing low
In love, when love the lowest: meanest creatures
Who love God, God accepts while loving so.
And what I feel, across the inferior features
Of what I am, doth flash itself, and show
How that great work of Love enhances Nature’s.

XIV.
If thou must love me, let it be for nought
Except for love’s sake only. Do not say
“I love her for her smile . . her look . . her way
Of speaking gently, . . for a trick of thought
That falls in well with mine, and certes brought
A sense of pleasant ease on such a day” –
For these things in themselves, Beloved, may
Be changed, or change for thee, – and love so wrought,
May be unwrought so. Neither love me for
Thine own dear pity’s wiping my cheeks dry,
Since one might well forget to weep who bore
Thy comfort long, and lose thy love thereby.
But love me for love’s sake, that evermore
Thou may’st love on through love’s eternity.

XXVIII
My letters! all dead paper, mute and white!
And yet they seem alive and quivering
Against my tremulous hands which loose the string
And let them drop down on my knee to-night.
This said, – he wished to have me in his sight
Once, as a friend: this fixed a day in spring
To come and touch my hand … a simple thing,
Yet I wept for it! – this, … the paper’s light …
Said, Dear I love thee; and I sank and quailed
As if God’s future thundered on my past.
This said, I am thine – and so its ink has paled
With lying at my heart that beat too fast.
And this … O Love, thy words have ill availed
If, what this said, I dared repeat at last!

“Books, books, books!
I had found the secret of a garret room
Piled high with cases in my father’s name;
Piled high, packed large, – where, creeping in and out
Among the giant fossils of my past,
Like some small nimble mouse between the ribs
Of a mastodon, I nibbled here and there
At this or that box, pulling through the gap,
In heats of terror, haste, victorious joy,
The first book first. And how I felt it beat
Under my pillow, in the morning’s dark,
An hour before the sun would let me read!
My books!”

“Of writing many books there is no end;
And I who have written much in prose and verse
For others’ uses, will write now for mine, –
Will write my story for my better self,
As when you paint your portrait for a friend,
Who keeps it in a drawer and looks at it
Long after he has ceased to love you, just
To hold together what he was and is.”

“The world of books is still the world.”

“We get no good
By being ungenerous, even to a book
And calculating profits – so much help
By so much rending. It is rather when
We gloriously forget ourselves, and plunge
Soul-forward, headlong, into a book’s profound,
Impassioned for its beauty and salt of truth –
’Tis then we get the right good from a book.”

“A mirror may be held in different lights by different hands; and, according to the position of those hands, will the light fall.”

“It is the nature of the human mind to convey its own character to whatever substance it conveys, whether it convey metaphysical impressions from itself to another mind, or literary compositions from one to another language.”