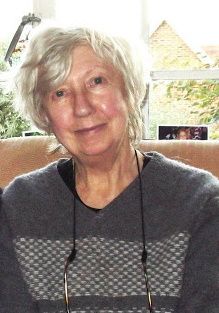 Graham’s first published book was the romance novel Fire Dance (1982).  Her first Inspector Barnaby mystery, The Killings at Badger’s Drift, was published in 1988. The novel was well received by the mystery community and was named by the Crime Writers’ Association as one of the Top 100 Crime Novels of All Time.  It also won the 1989 Macavity Award for Best First Novel and was nominated for the same honour at the 1989 Anthony Awards and the 1988 Agatha Awards.  Since The Killings at Badger’s Drift, Graham has written six more Inspector Barnaby novels; the last, A Ghost in the Machine, was published in 2004. The first five Inspector Barnaby novels formed the basis of the first five episodes of the Midsomer Murders TV series, which has since been expanded with episodes numbering a high multiple of the total number of Graham’s original Midsomer Murders books.

In addition to her televised Inspector Barnaby novels, Graham has also written for the soap opera Crossroads.

“We try on many masks throughout our lives. Eventually we find one that fits so well we never take it off.”

“Crashingly insensitive to the feelings of others, Troy’s own sensibilities were fragile to a fault. He was on his high horse at the merest hint of criticism.”

Death of a Hollow Man

“The stars in their courses, never all that concerned with the welfare of the human race, tonight looked especially indifferent.”

“‘All theatricals are round the twist, Troy,’ said Barnaby, tugging at the doors that led to the foyer. ‘If they weren’t they’d get out of the business and into real estate.'”

The Killings at Badger’s Drift

“One would have thought that not even Joyce could have maltreated a salad to the point where it became inedible, but one would have been wrong. Abustle with wild life, it was also soaked in a vinegary dressing. Barnaby lifted a soggy lettuce leaf. A small insect emerged, valiantly swimming against the tide.”

“They had always seemed to Brenda antiseptically unaware that such a thing as romance existed.”

“Ah – that’s the beauty of higher education, sergeant. Never use two simple words when one really complicated one will do.”

“The library at Madingley Grange was rarely used. The pristine books in their diamond-paned cases seemed never to have been sullied by anything so coarse as the perusal of the human eye.”

“Everyone had helped themselves to something with the exception of Fred, who had helped himself to everything.”