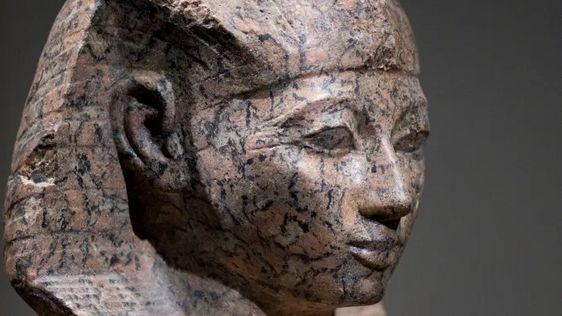 One of the most fascinating historical female royal to research and learn about is the fifth pharaoh of the Eighteenth Dynasty of Egypt: Hatshepsut. James Henry Breasted, American archaeologist and Egyptologist, said she was the “first great woman in history of whom we are informed.” So just who exactly was this well-known Egyptian, and what did she accomplish?

Pinpointing Hatshepsut’s exact birth date and the year has been quite a challenge for historians. They know she was born in Ancient Egypt and have come to a consensus that she was born around the year 1508 B.C. She was the daughter of Thutmose I and his wife Ahmose, who was considered to be his principal wife. A principal wife was an Egyptian pharaoh’s “Great Wife.” This meant she ranked at the top of his list of wives. When Hatshepsut was just 12-years-old, her father died. He is believed to be one of, if not the first pharaoh to be buried in the Valley of the Kings on the west bank of the Nile River.

Hatshepsut married her half-brother Thutmose II and co-reigned with him until his death in 1479 B.C. When he died, Hatshepsut was not yet 30-years-old. The couple only had one child together, a daughter named Neferure. Thutmose II had fathered a son – Thutmose III – by his lower wife, Isis. The young male heir was only two when his father passed, making his aunt and step-mother regent. Thutmose III co-reigned; however, historians have determined Hatshepsut was the clear principal ruler during the reign. At the time, Egyptian society was very male-dominated, and therefore, she surrounded herself with powerful civil, religious, and military personnel that would give her their support.

She had a list of accomplishments from her time in power, which resulted in a very prosperous Egypt. Trade routes were among the list of her accomplishments. Hatshepsut was determined to establish further trade networks with surrounding areas to bring about wealth and economic stability. For example, during the ninth year of her reign, she had a very notable trading expedition to the land of Punt. This was a land Egypt had not had trade relations with since the Twelfth Dynasty.

For the 22 years she reigned, Egyptian society was quite a peaceful one for its citizens. Hatshepsut was careful to not make any unnecessary breaks with tradition, as to not anger her people. Restoring and building new monuments and temples were also priority tasks. Among the building projects was the restoration of Precinct of Mut, which had been destroyed during the Hyksos occupation. Of the two obelisks standing at the entrance to the Precinct, one survives to this day as the tallest ancient obelisk in the world. So many statues were created during her reign that almost all major museums in the world have some sort of Hatshepsut statue in their collections.

Construction of a monument for the pharaoh by the pharaoh was very common in this society, and Hatshepsut was no different. She chose to have her monument built-in the Deir el-Bahri. It was designed by her trusted architect, Senemut, who helped to design the many building and restoration projects. The temple, Djeser-Djeseru or Wonder of Wonders, was built near her father’s temple and the entrance to the Valley of the Kings. It was decided that the temple would be dedicated the sun-god, Amun. It has been called one of the “incomparable monuments of ancient Egypt.”

Hatshepsut was wise and arguably more powerful than Cleopatra. She knew the importance of portraying herself as pharaoh. She made sure to perform the religious rituals that only a pharaoh could. More, Hatshepsut altered her appearance to appear more in line with a traditional masculine leader. She was known to wear, what was considered normal, masculine clothing for a king. More, when she was depicted in any type of art, Hatshepsut insisted that she was shown as a woman in king’s attire. For example, she wore the khat head cloth with an Egyptian cobra on the top. The traditional false beard and shendyt kilt were also depicted in the art. She believed that by doing this, she would prove herself to be a true Egyptian pharaoh and not just a queen.

Hatshepsut died in 1458 B.C. from what historians suspect as a reaction to an ointment applied to her skin for a chronic condition. After testing some artefacts in her tomb, the ointment is believed to have contained a toxic ingredient that caused her death from cancer.

Many historians and Egyptologists believe Thutmose III wanted to destroy Hatshepsut’s memory. Images, paintings, and monuments were defaced and destroyed. Some argue Thutmose’s motive was for political reasons. He thought co-reigning affected his legitimacy; therefore, he saw destroying her image as a necessary step to legitimise his claim to the throne. There are further arguments that there is no solid evidence to prove Thutmose had the images defaced due to hatred. Rather, it is believed it was done to show disapproval of a female pharaoh.

The mummified remains of Hatshepsut were found by Egypt’s top archaeologist, Zahi Hawassin 2007.  Hawass spoke to The Telegraph, where he explained how he discovered “the most important find since the discovery ofKing Tutankhamun.”Just a broken tooth and DNA evidence ended the long search for the Egyptian ruler. Her temple was discovered long ago by British archaeologist Howard Carter, but her corpse was missing. Through this discovery, Hawass and his team discovered that Hatshepsut was “a little bit fat, her face was strong, and she had a problem with her back. She had many health problems.”

Hatshepsut, which means Foremost of Noble Ladies,has long been a focus of historians focused on ancient Egypt. Research and excavation have helped to form the narrative of the power female pharaoh that we know of today. As technology continues to improve into the future, many more discoveries will be made into the life of arguably one of, if not the most powerful female ruler of her time. 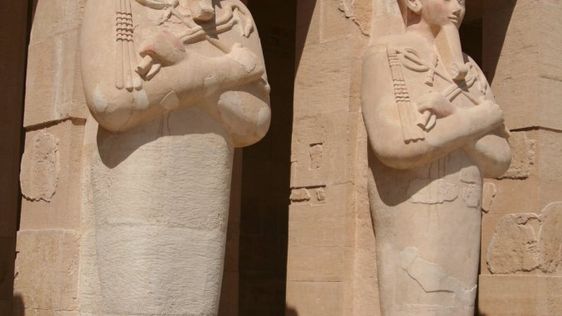 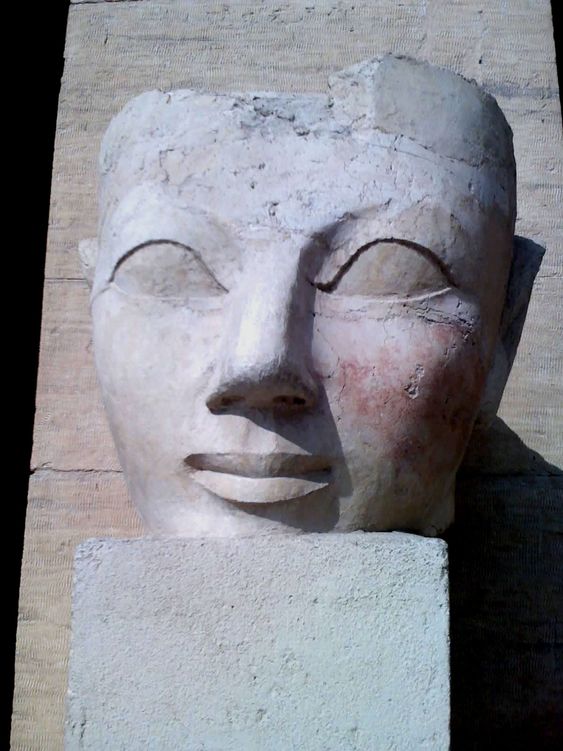 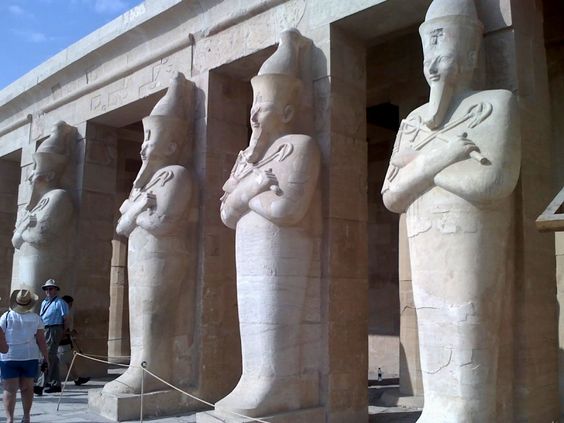 Depictions of Hatshepsut in her temple in Deir el-Bahari, between Luxor and the Valley of the Kings (photos mine)