William Kamkwamba, Bryan Mealer: The Boy Who Harnessed the Wind 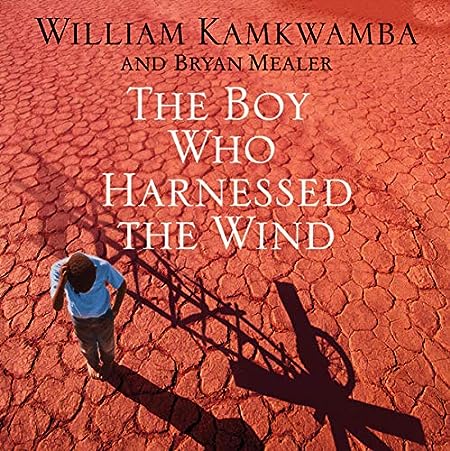 When William Kamkwamba was just 14 years old, his family told him that he must leave school and come home to work on the farm – they could no longer afford his fees. This is his story of how he found a way to make a difference, how he brought light to his family and village and hope to his nation.

Malawi is a country battling AIDS, drought and famine, and in 2002 a season of floods, followed by the most severe famine in 50 years, brought it to its knees. Like the majority of the population, William’s family were farmers. They were totally reliant on the maize crop. By the end of 2001, after many lean and difficult years, there was no more crop. They were running out of food – had nothing to sell – and had months until they would be able to harvest their crop again.

Forced to leave school at 14 years old, with no hope of raising the funds to go again, William resorted to borrowing books from the small local library to continue his education. One day, browsing the titles, he picked up a book about energy, with a picture of a wind turbine on the front cover. Fascinated by science and electricity, but knowing little more about the technology, William decided to build his own. Ridiculed by those around him, and exhausted from his work in the fields every day, and using nothing more than bits of scrap metal, old bicycle parts and wood from the blue gum tree, he slowly built his very own windmill.

This windmill has changed the world in which William and his family live. Only 2 percent of Malawi has electricity; William’s windmill now powers the light bulbs and radio for his compound. He has since built more windmills for his school and his village.

When news of William’s invention spread, people from across the globe offered to help him. Soon he was re-enrolled in college and travelling to America to visit wind farms. This is his incredible story.

THIS is why spreading literacy (in this instance: technical / engineering literacy) is so important, and nowhere more so than in the developing world.