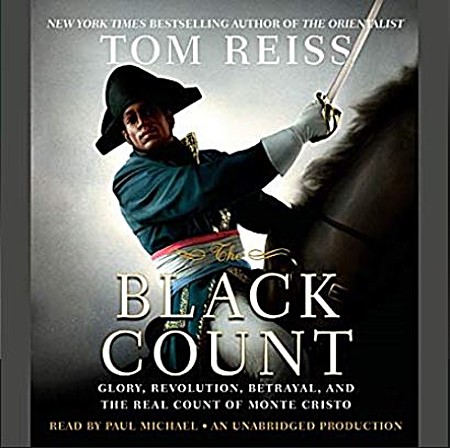 This is a highly fascinating biography: We’ve come to think of Alexandre Dumas père and fils as the two writers, but did you know that Dumas père’s father (also called Alexandre) — the son of a black Haitian slave and a French count — was a general in the French revolutionary army and, in his own time, much more important than his son and grandson ever were in theirs?  Reiss’s book not only tells the story of his life; it also places General Dumas’s life into the wider context of his era and examines, inter alia, how equal the budding colonial power’s black sons and daughters actually were in the motherland of “Liberté – Egalité – Fraternité” (spoiler: they weren’t).  The picture emerging from Reiss’s research is that of a man of great personal courage, intelligence and ambition, as well as sheer enormous physical presence, whose life was cut tragically short as a result of the side effects of being caught up in the European and French power struggle of his time — and in case you ever had any doubts, yes, General Dumas was the model for one of his son’s greatest heroes, the Count of Monte Cristo … and D’Artagnan’s famous friendship-building duel with all three Musqueteers at the beginning of their acquaintance does have a basis in reality as well.  — In sum, a great biography of an extraordinary man; highly recommended!