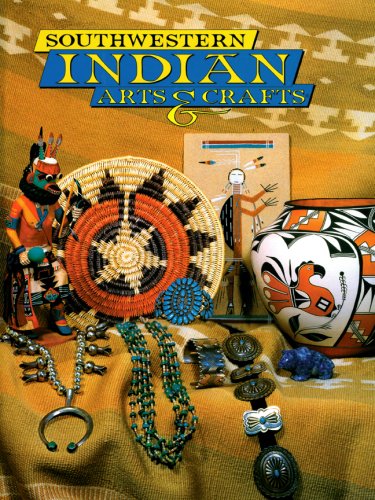 The wealth of Indian arts and crafts,
marvelously presented

Did you know that the squash blossom necklace, probably the most recognizable of all Navajo jewelry designs, was an innovation only introduced during the 1870s? That most of the pottery produced in Isleta Pueblo is made by only two families? That the famous Zuñi cluster jewelry didn’t begin to emerge until the 1920s, when turquoise became more readily available for jewelry making? That symbols included in Native American art were often commissioned by traders, who would then concoct a “meaning” for those symbols to please their non-Western buyers? That jewelry was pawned on the Navajo Reservation as late as 1976? That permanent sandpainting art – in contrast to those paintings actually created during a Navajo healing ceremony – didn’t emerge until the 1950s and often includes alterations from the paintings’ religious meanings to protect the maker from illness? That basket weavers sometimes travel as far as 50 or 100 miles to gather specific plants, but that an hour’s work generally earns them no more than a dollar or two in wages? That American coins were barred from being used in silversmithing in the 1890s, but Mexican silver pesos continued to be used for another 40 years, to only then be replaced by sterling silver; that however the Indians never mined the silver used in their jewelry themselves? That the Hopi have well over 200 different katsinas (kachinas), all of which have distinctive meanings? That Native American artists now use materials from as far away as the Kalahari and Siberia in jewelry making? That even today, a tribe’s revenue from its crafts averages no more than 1 – 20% of its total income?

Authored by anthropologist-arts traders Tom and Mark Bahti, with color photographs by Bruce Hucko, on its just over 60 pages “Southwestern Indian Arts and Crafts” provides a comprehensive introduction to every aspect of Native American arts and crafts, from basket weaving and bead making to fetishes, Hopi katsinas, Navajo rugs and sandpaintings, paintings, pottery, silverwork and turquoise jewelry. Along the way, the authors provide not only background information on the origin of each discipline and the materials used, as well as the major methods of manufacture and important recent developments, but they also destroy a few myths, such as the one according to which every symbol used in Indian arts and crafts invariably has a set meaning, or that the squash blossom necklace has been a part of Navajo jewelry since time immemorial. The Bahtis consider the relationship between aesthetics and economics, the importance of the individual in Indian art (such as innovations introduced by certain trendsetting artists) and newly evolving trends, but they also present traditional methods and designs familiar to any visitor to the Southwest, such as Hopi overlay silversmithing, stamped and sandcast Navajo silverwork, concha belts, Zuñi jewelry made from a variety of techniques (including mosaic, inlay, cluster, needlepoint and petitpoint), doubleanded Navajo jocla and other beaded necklaces, the major traditional Navajo rug patterns and the meaning of the symmetry-breaking “spirit line,” eagle, owl and clown Hopi katsinas, clay storyteller figurines, as well as baskets and pottery in all manner of shapes and styles. A map in the centerfold identifies the major Indian tribes represented and some of the better-known designs associated with them; and the text closes with a few recommendations on buying Indian crafts and their care.

The book’s paperback edition looks deceptively like the cheap, flashy pseudo-“guides” on Southwestern culture all too often found near the cashiers of the region’s supermarkets and souvenir stores – but don’t be put off by that.While this is a comparatively slim volume and, according to its introduction, primarily addressed to the “casual” visitor, it’s an excellent starting point for any exploration of the world of Native American arts and crafts, a great inexpensive supplement to any purchase, and simply a marvelous souvenir, not only for the occasional visitor to the Southwest. 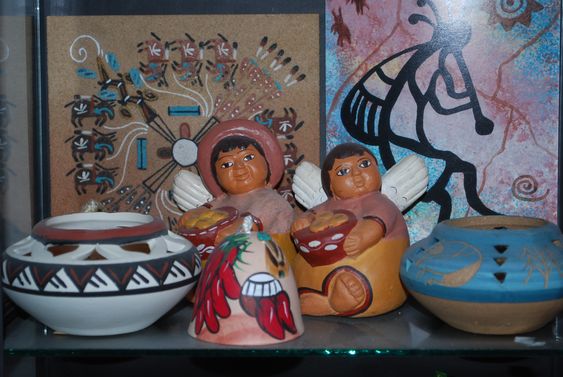 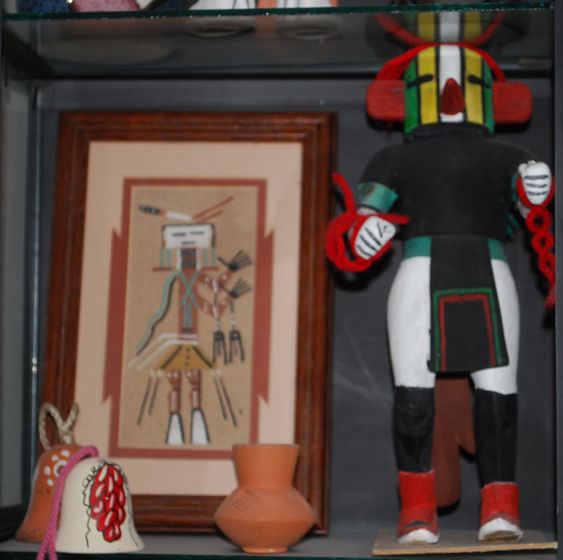