The view from my desk … 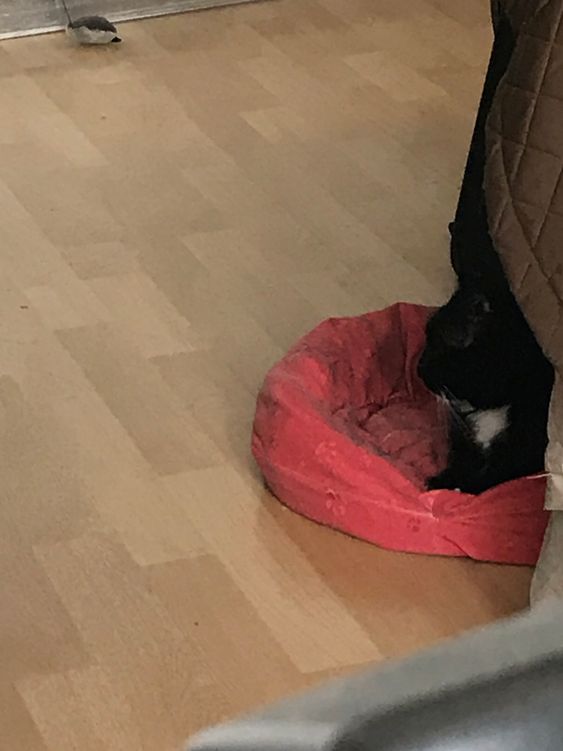 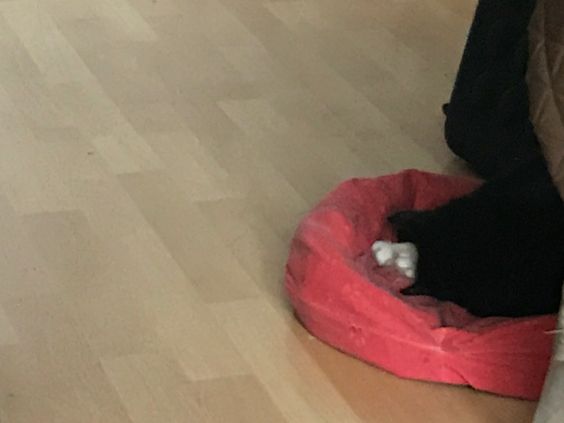 “Monsieur” (as my mother refers to him) decided last weekend that merely being able to see me from one of his several beds in the corridor while I am working was no longer good enough — he wanted greater proximity.  (Yey for that.)  So he started to experiment with various positions on the rug inside my office (nice and close, but too much light in the evening) and on the floor right outside my office (almost as nice and close, also dusky enough to sleep, but a wooden floor just doesn’t cut it in terms of comfort).  On Sunday I moved the bed in question to a position right outside my office door, where it’s dark enough for him to be able to sleep if he wants to, yet light enough to play during the daytime, and where he is also another bit closer to me (not that you’d think he’d care to look when the camera is out, of course).