The Twelve Days of Christmas

Compile a post containing one image for every gift mentioned / added in each new verse of The Twelve Days of Christmas (lyrics here: https://www.41051.com/xmaslyrics/twelvedays.html). 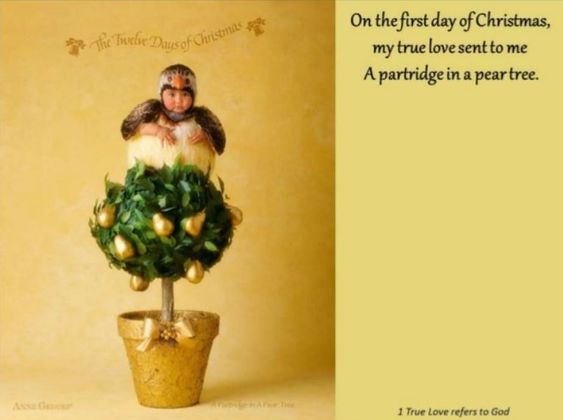 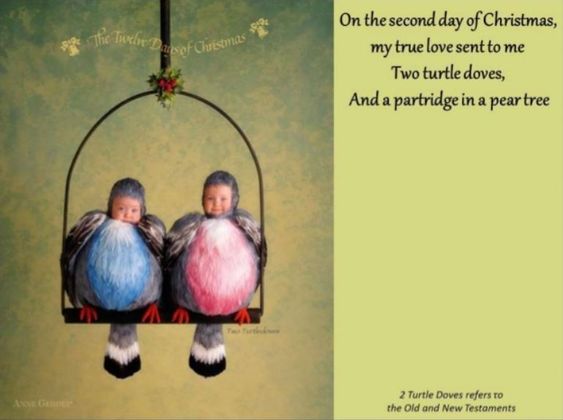 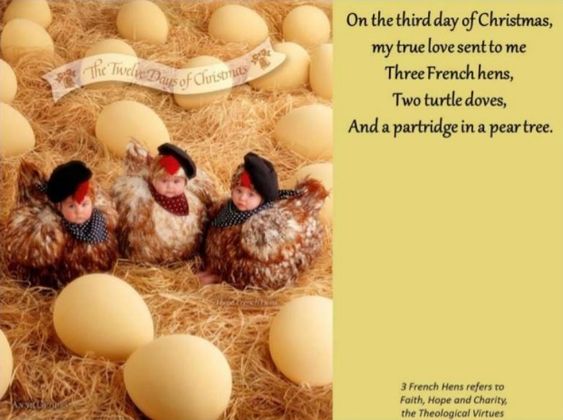 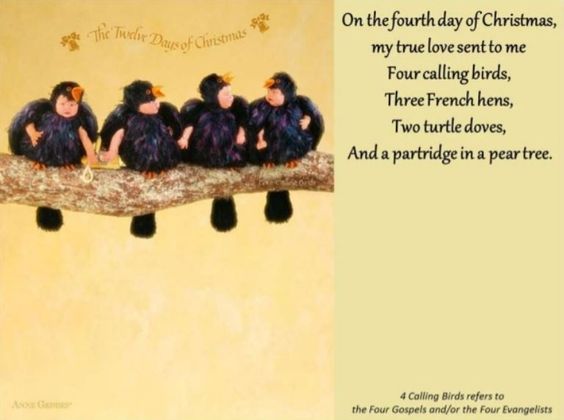 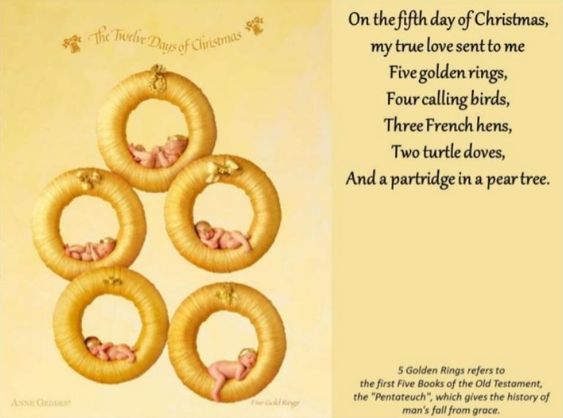 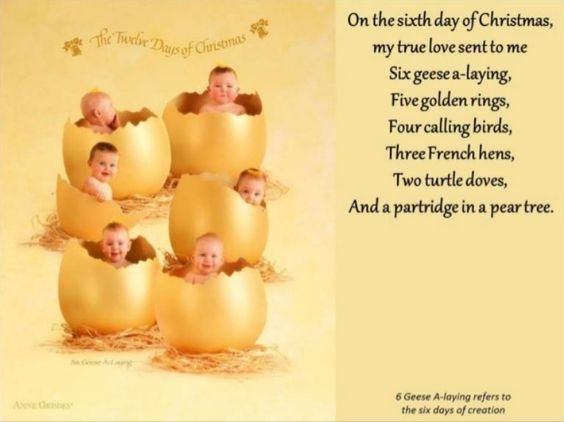 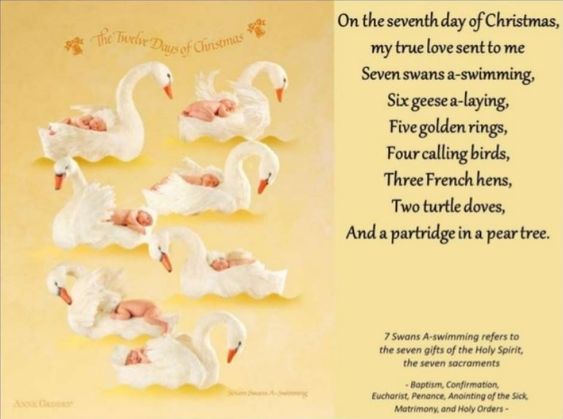 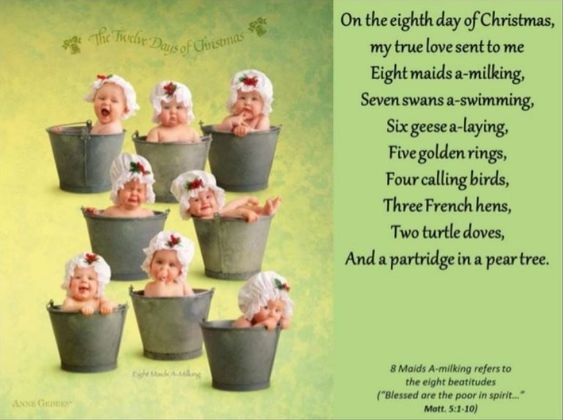 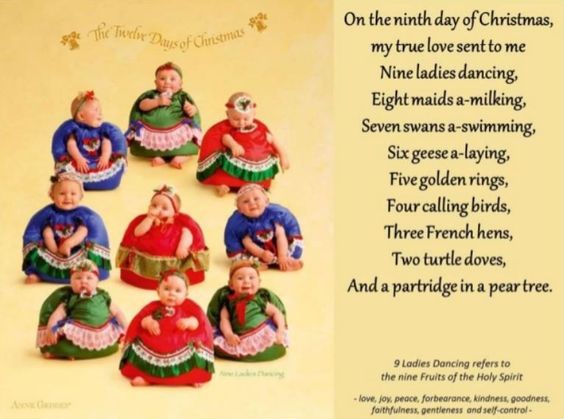 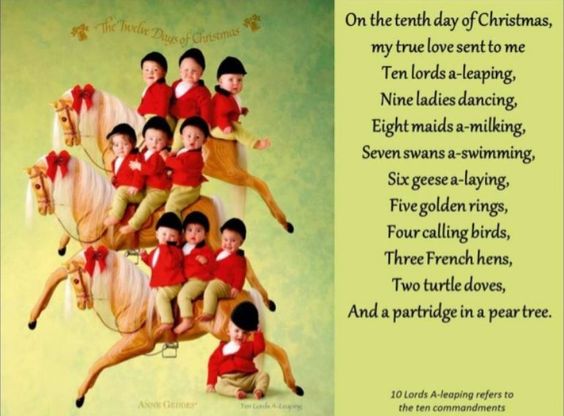 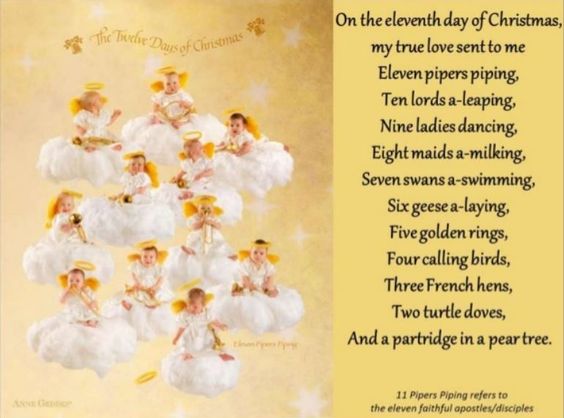 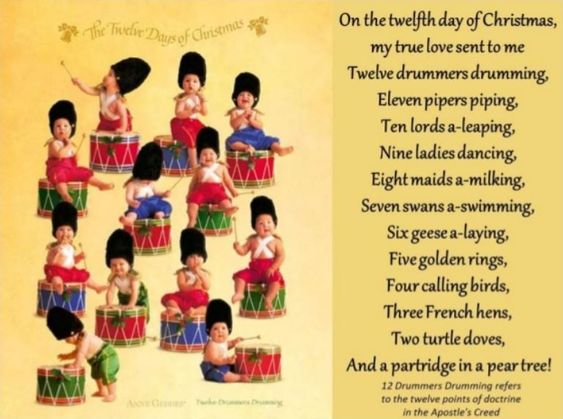 27th December.
My darling Edward,
You do think of the most original presents: whoever thought of sending anybody three French hens? Do they really come all the way from France? It’s a pity that we have no chicken coops, but I expect we’ll find some. Thank you, anyway, they’re lovely.
Your loving Emily.

31st December.
Edward,
I thought I said no more birds; but this morning I woke up to find no less than seven swans all trying to get into our tiny goldfish pond. I’d rather not think what happened to the goldfish. The whole house seems to be full of birds – to say nothing of what they leave behind them. Please, please STOP.
Your Emily.

I am, Sir, Yours faithfully,
G. CREEP
Solicitor-at-law 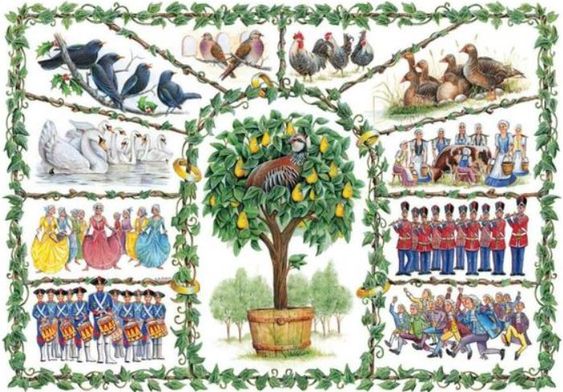